Unprecedented erosion in Akiak swallows up to 100 feet of riverbank 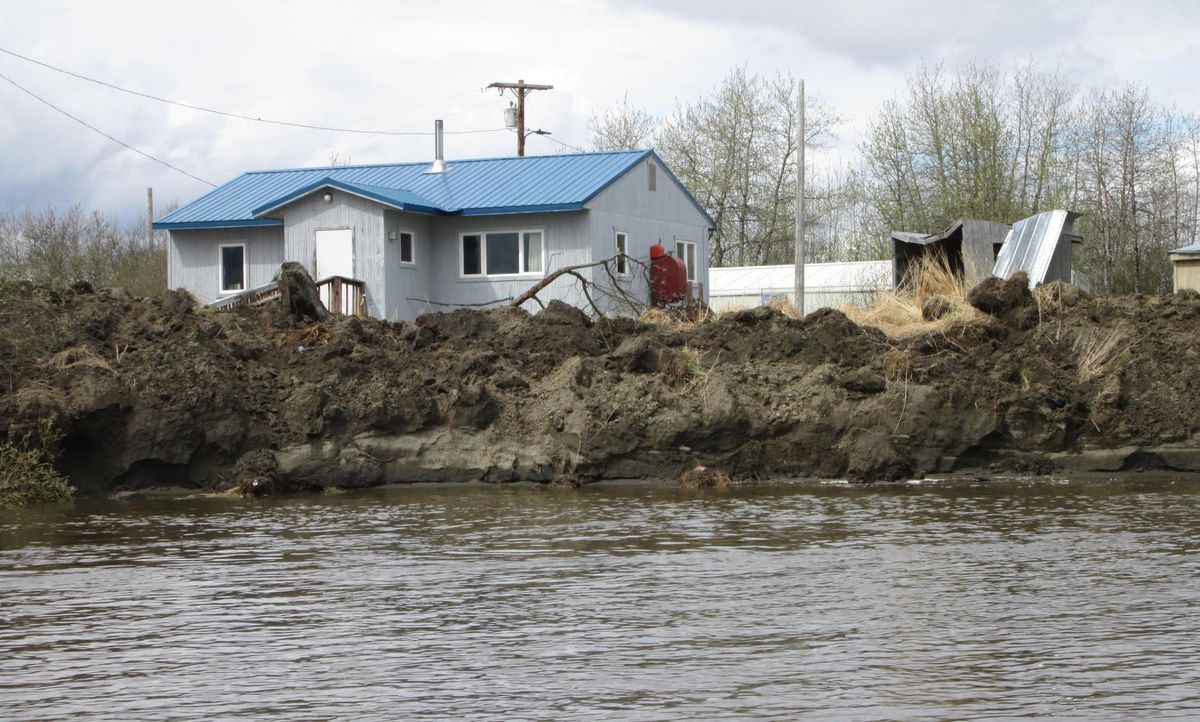 BETHEL - People in Akiak woke up on Monday to find their smokehouses in the Kuskokwim River.

Massive erosion along the riverbank had eaten those structures that morning.

“We lost anywhere from 75 to 100 feet of bank,” said Akiak City Administrator David Gilila. “That’s just in one day; that’s just in a matter of hours.”

Gilila said Akiak has seen erosion problems before but nothing like this.

“There’s no comparison to it. Before, it was just certain spots. Today, it’s the whole bank from the upper end of Akiak to the lower end of it,” said Gilila.

That’s about a mile.

Smokehouses were the first to go, but people’s homes are in danger too. Gilila said that one home is now only 10 to 15 feet from the riverbank, and another is within 75 feet.

"We got about three houses in imminent danger, and the rest of them will be coming along pretty quickly," Gilila said. "Yeah, if we don’t stop the erosion we’re going to have to move two, three, four houses."

Gilila says that the immediate plan is to stabilize the riverbank by using metal poles to secure a tarp over it to try to hold it together. The city is in communication with the state’s emergency response organization to get funds and technical expertise in managing erosion.

"Hopefully they’ll come and advise us on how to stabilize the erosion down there," Gilila said.

If the erosion continues, Gilila said, Akiak may be surrounded by water.

Whatever happens, Gilila said, the cost of relocating an entire village would be so high that Akiak has no choice but to stay where it is.