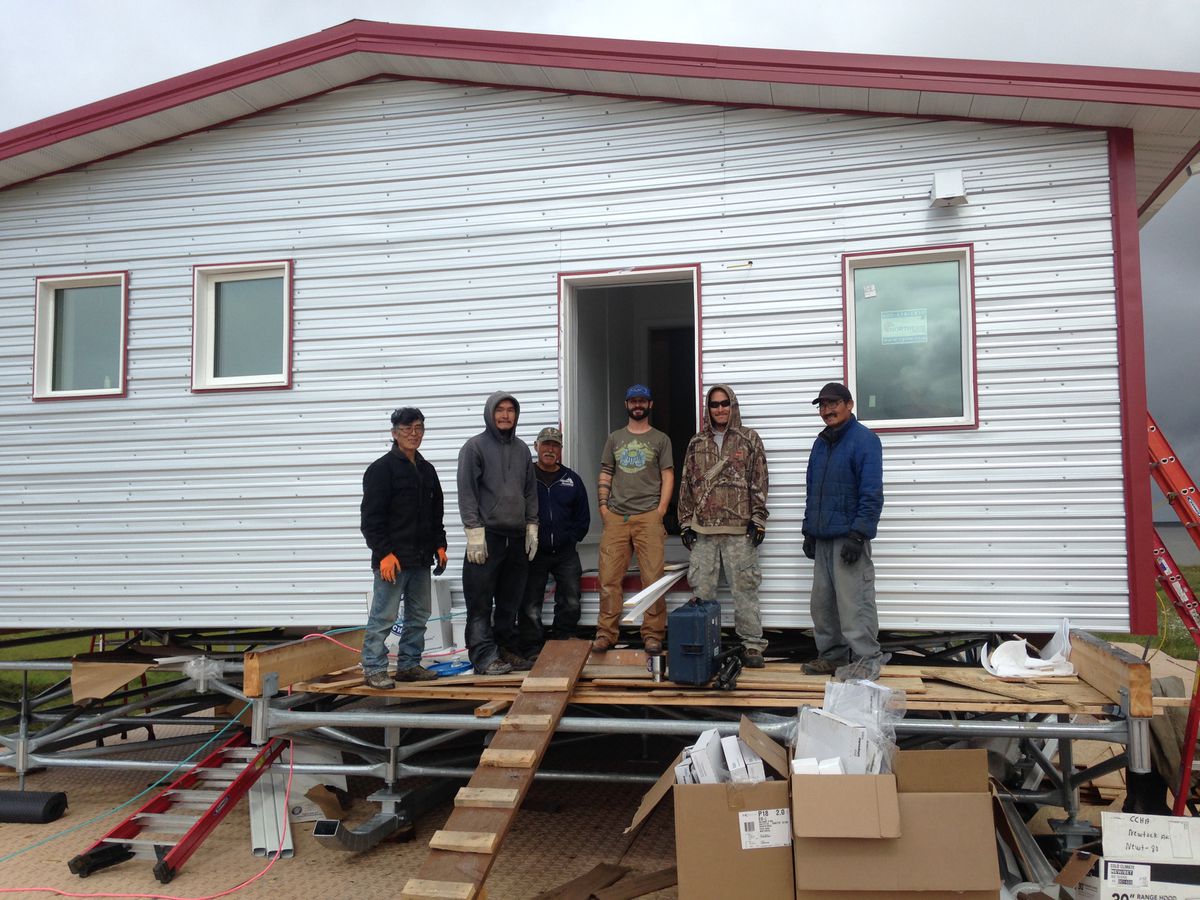 FAIRBANKS -- On land leased from the University of Alaska Fairbanks, there sits a large building with a long history. It’s the Cold Climate Housing Research Center.

“Our facility here is considered to be the most energy-efficient building in the world at this latitude, and was runner-up by Siemens Corp. for the smartest building in America,” said Director Jack Hebert. "So, (we’ve got) quite a legacy over the last 20 years.”

For those two decades, the center has operated with $1 million in core funding from the state. When Gov. Mike Dunleavy first proposed his austere budget, the research center was left out entirely. Legislators managed to get $750,000 back into the updated budget they submitted.

“With the urgency of realizing how tenuous this was, that was the number we were going to work with and really start to look for other ways to fund our core activities,” said Hebert.

But with the governor’s vetoes came bad news for the center, which saw all of its state funding slashed again. Now, it’s faced with the daunting task of operating with no core funding at all.

“The governor took it all away. He didn’t take a percentage away. He took it all away. It’s pulling the rug out from underneath our base operations with nothing, really, that can quickly replace it,” said Hebert. "It’s pretty serious for us at this point. We’re going to have to be very aggressive moving ahead without that.”

“If we’re unable to manage those grants and we have to return those grants to the funding agencies — and this includes the Department of Energy and HUD and others — there goes the reputation and credibility of what we do, which is at a very high level right now,” he said.

“We won’t have the funding to have visitors,” he said. "When the phone rings and we have a homeowner from Seldovia giving us a call to ask how that family addresses a problem they have in their home, we won’t have the resources for someone to answer those questions.”

That kind of direct line from people to answers was one of the reasons the research center was founded in the first place. Twenty years ago, Hebert was working as a contractor with the Alaska State Homebuilding Association. The group was frustrated it had never done any real applied research, he said, so they developed the center as a nonprofit “to address real problems in the real world for real people.”

They developed programs to do building science research on space heating, energy efficiency, ventilation, healthy homes and more. They were also involved in a number of policy research projects.

“We work with communities and housing authorities to design homes and buildings with the direct input from community members and the people of the rural communities that understand their place best, and then tailor the design to both functionality to their lifestyle and also with an eye to a healthy indoor environment and a practical, cost-effective approach to building,” he said.

The program has worked in communities like Kaktovik and created a northern test home in Anaktuvuk Pass. Research center staff are familiar faces in a number of communities across the Arctic, as well as in other rural parts of the state, many of which are facing acute housing crises. They’re currently represented on several multi-agency planning groups working on the relocation of Newtok, as well.

“We wanted to be in a position in Alaska where the rest of the circumpolar community would be looking to us for solutions,” he said.

One of the reasons the research center is particularly hard-hit by the cuts is because it’s a nonprofit. Organizations doing private research for corporations can charge 100 percent overhead on work to pay for core funding, but nonprofits can’t.

“In the case of a nonprofit, we’re restricted by the percentage we can charge to reimburse those core functions,” he said. "So, we’re kind of stuck between a rock and a hard place.”

The research center will be able to work off of savings through the end of the year, but will have to make difficult decisions if they can’t find alternate funding sources by January, he said.

They had wanted to start pursuing equity involvement in some of the design and research they’ve done, he explained. They had plans to develop high-performance modular homes using advanced technology to make them energy efficient and mechanically easy to take care of so they’d be healthy and sustainable to live in long-term.

“But those things take time to get those partnerships put together,” he said. "Right now, we have no time.”

They do plan to try and seek funding from private foundations in the interim.

“We’re creative. Our mission is too important to just go away. Everyone needs a decent house in this country, and we’re deeply committed to the future of Alaska,” he said. "We have got to find a way. But there have been some sleepless nights here.”

At the end of the day, Hebert said, it’s the people that are the center’s greatest asset. Speaking over the phone, Hebert’s voice begins to crack as he talks about the people he’s worked with every day for so many years. Most of his staff have been there for at least a decade, and the loss of their combined knowledge can’t be compensated for by money returned in a future budget.

“I’m entering my twilight years with a whole team of young, talented people stepping in right behind me to carry this all into the next generation,” he said. “If I lose one of them, it will take a very long time to replace them. … They’re extremely talented. I have no doubt that somewhere, they would find a place to channel their creative talents, but for the research center to lose any of them is a tragic loss.”

So, for the next few months, Hebert and the 17 members of his staff will do their best to manage their grants, answer the phones and keep the lights on, despite the uncertainty.

“I’m going to be the eternal optimist. That’s my job,” he said. "I do not want to see all the work and the legacy of the housing research center disappear by one stroke of a red pen.”

Reporter Shady Grove Oliver can be reached at sgoarctic@gmail.com.