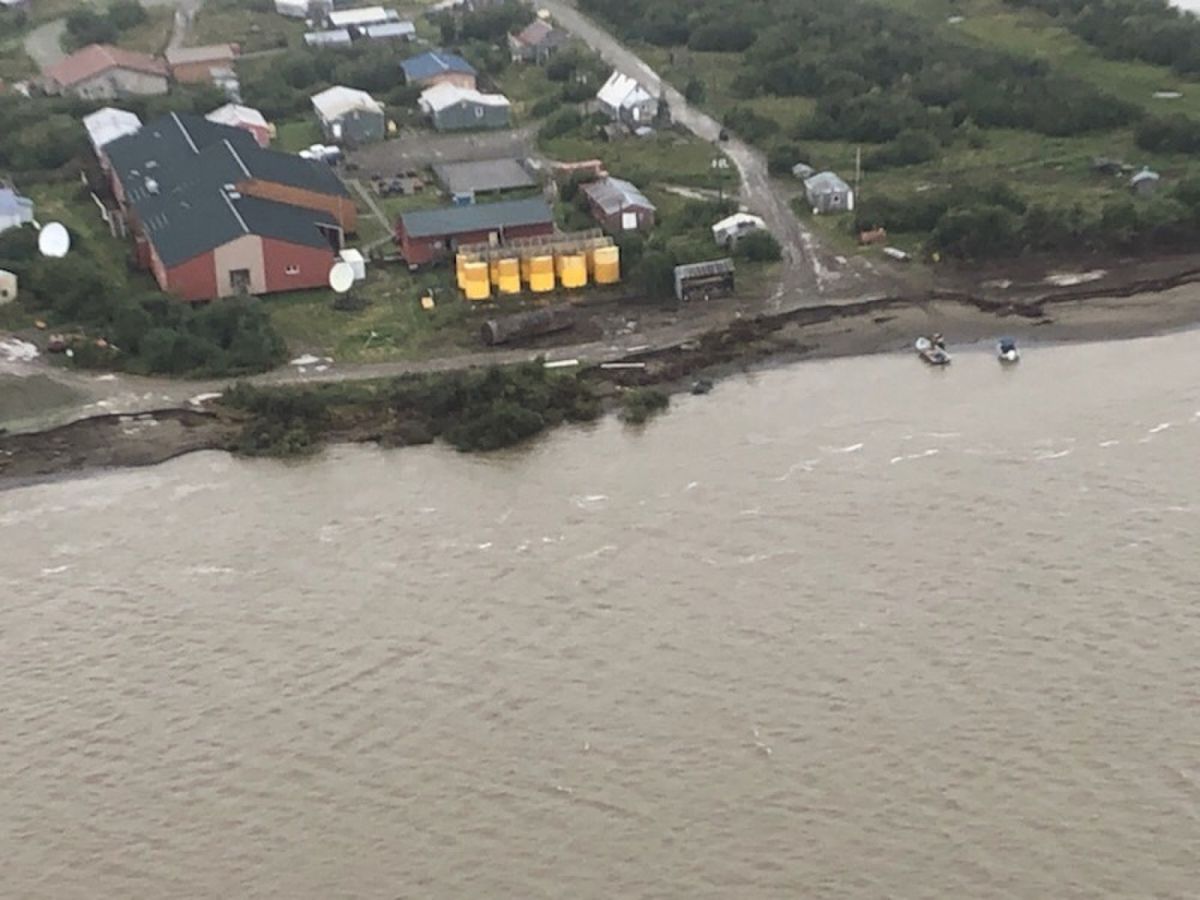 The school district plans to transport fuel from a group of 10 tanks into three new tanks expected to be placed in the Napakiak school parking lot further inland, KYUK-AM reported Friday.

Action is expected to begin in the spring following the Kuskokwim River's annual freeze, but fall storms are likely before then, officials said.

On Friday, the Coast Guard issued an administrative order to the school district “to remove all fuel oils from the Napakiak School fuel storage facility by Aug. 30.”

The tanks sit less than 150 feet from the river and currently hold 34,000 gallons of diesel, school officials said. Measurements show that at its closest point, the fuel storage facility is “76 feet from the riverbank’s erosion point,” the Coast Guard said.

"We will do our absolute best. We just simply can't have that level of disaster take place," LKSD Superintendent Dan Walker said.

The school district is responsible for the tanks and the school they service adjacent to them, so the community has been unable to take action, officials said.

“The Coast Guard is dedicated to the protection of the marine environment and in this case that means we’re taking preventative steps to mitigate the potential for pollution,” Lt. James Nunez, incident management division, Coast Guard Sector Anchorage, said in a statement.

The school district’s plan calls for tanks that do not have the same capacity to store as much diesel, and with less fuel the hope is the tanks are less likely to spill, school officials said.

Additional plans included putting up barriers, but the school district is prohibited from spending money on non-school property and community efforts with sandbags failed, officials said.

The Napakiak community about 15 miles southwest of Bethel has moved various buildings further inland, officials said. Accelerated erosion has been responsible for more than 100 feet of lost shoreline this year.