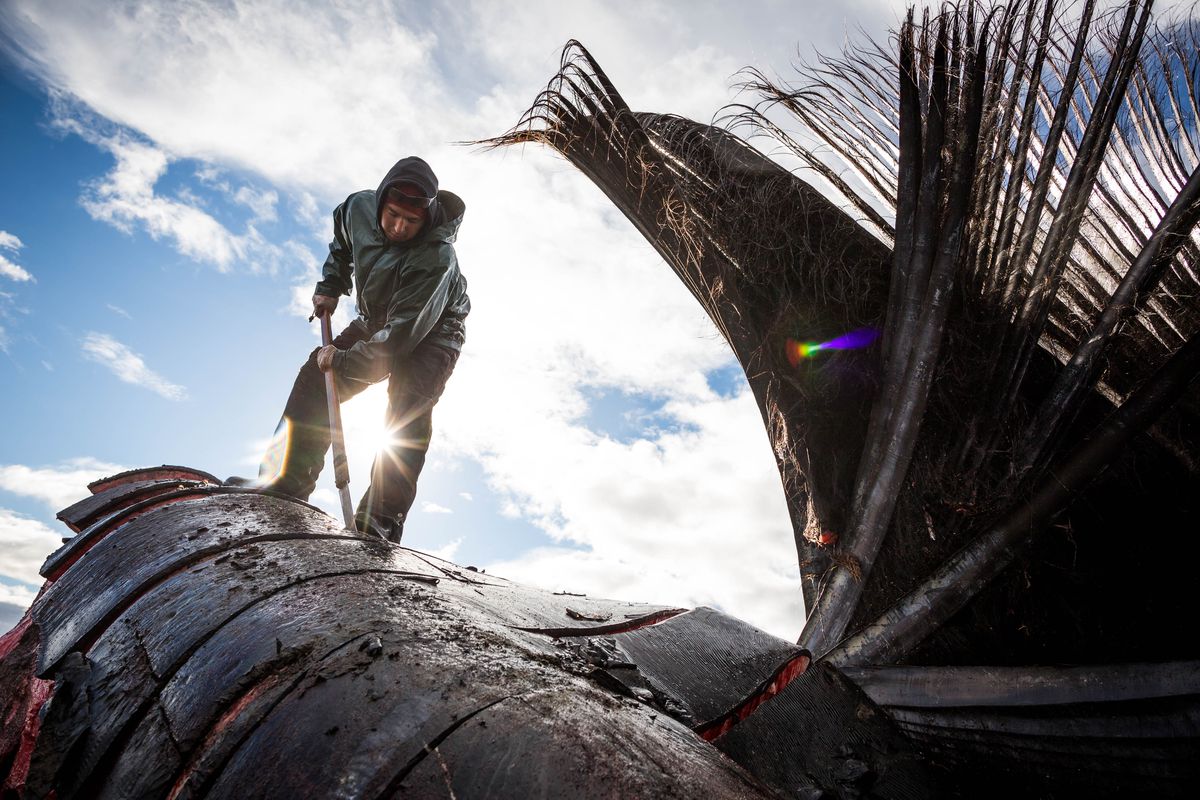 Fall whaling season is off to a strong start on the North Slope as both Nuiqsut and Kaktovik saw successful harvests during the first week.

Nuiqsut’s Napageak crew, captained by Thomas Napageak, landed the very first bowhead of the season on Aug. 29. It was a 29.5-foot whale.

News of the success traveled far and wide by VHF and social media that day as communities across the Slope joined Nuiqsut in celebrating its bounty.

Because Nuiqsut is the only whaling community on the Slope that is inland, its crews have to travel far from home to participate in the hunt. In late summer, crews go to Cross Island, which is often the first hunting ground the bowheads cross during their migration.

Within the space of two days, Cross Island crews landed three whales. Along with the Napageak Crew, both the Ipalook Crew and Nageak Crew were successful.

In Kaktovik, the Rexford crew landed the community’s first whale the following day on Aug. 30.

“Yay hey hey!” went the call as word spread about the harvest.

Community members came out to the shore to help the crew pull the whale onto land and process it. For hours, locals helped hauling equipment to and from the butchering area and brought food and drinks to those working on the bowhead.

In Nuiqsut and Kaktovik, whaling crew flags waved high above the captains’ houses, a mark of pride and humility for the community. Once the whales are processed, crews will hand out portions to community members and put away other pieces to be distributed during feasts and holidays.

With fall whaling officially in motion, other communities that participate in the seasonal hunt will ready their gear and head out to the water in the hopes of bringing in a bounty of their own.