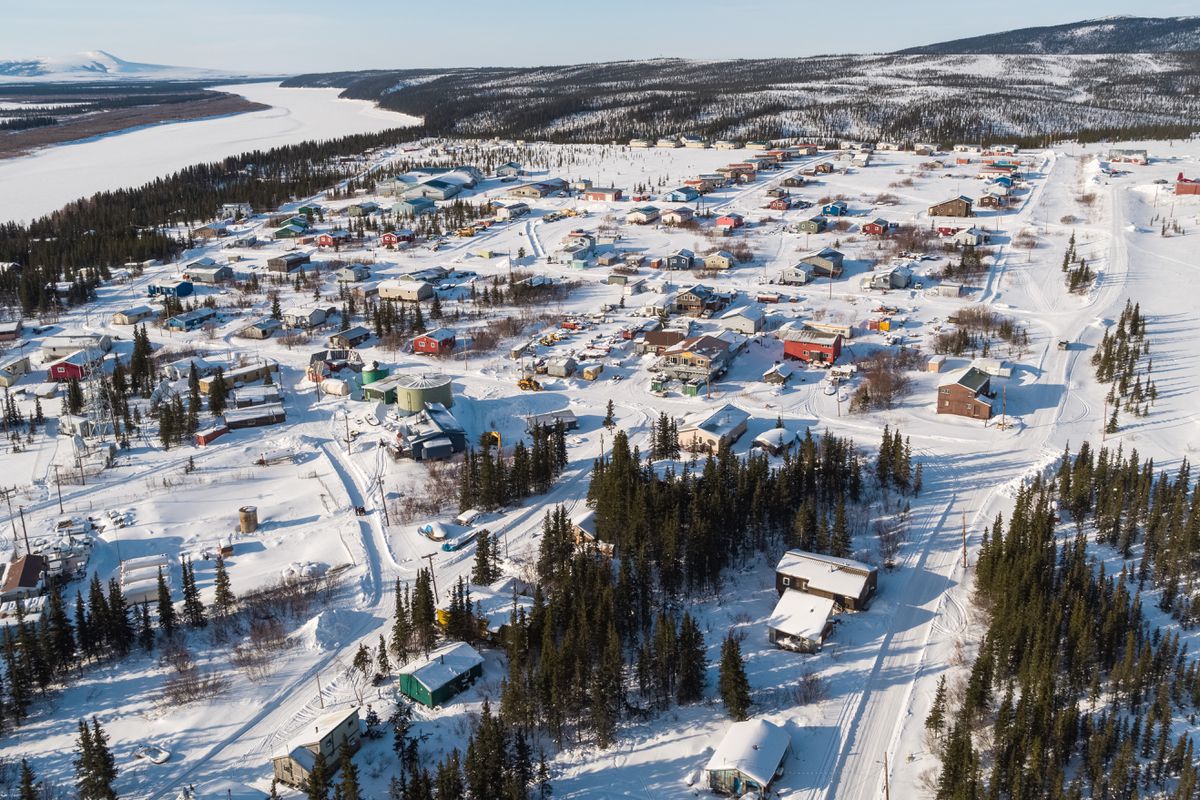 A Northwest Alaska tribal council sent a suspected methamphetamine dealer packing last month, meeting the man at the airport, helping buy his plane ticket out of town, then forbidding him from returning for up to five years.

The village eviction from Kiana was the second in Alaska in recent weeks, after a crowd of protesters in Galena in the Interior collected donations to buy a plane ticket to Fairbanks for another suspected meth dealer.

Both suspects voluntarily left town. The tribe in Kiana went further, holding a hearing in mid-September then issuing a formal banishment order against the man.

The dismissals highlight the limited options available to rural Alaska communities without much law enforcement. The banishment from Kiana, of an Alaska Native who is not part of the tribe, raises difficult questions about tribal jurisdiction, current and former state officials said.

The Kiana city administrator, Ely Cyrus, said the tribe in the village of 420 has scant resources. Banishment is one of the tribe’s few solutions for protecting its members from dangerous contraband like meth, said

“Resources for policing, substance abuse, counseling and health care are limited out here,” Cyrus said. “The city government can’t do banishments or prevent freedom of travel. But the tribe being able to take that path is good for them. They are looking out for the welfare of the tribe.”

The banished man is not part of the tribe, but lived in the village in recent months, said Delores Barr, Kiana tribal director.

Tribal leaders believe he provided the crystal meth that fueled a dayslong party in the community in early September, she said.

One meth user at the party had to be flown to the hospital, in Kotzebue 60 miles to the west, complaining of hallucinations and a racing heart, Barr said.

“When we heard the amount of crystal meth that had come in recently, that was alarming enough for the council to feel like we should take action, especially after someone was medevacked,” she said.

After troopers flew in, the man was arrested on a warrant associated with an unrelated case, Barr said.

He was released from the Kotzebue jail the next day, on Sept. 7, and boarded a flight back to Kiana, Barr said.

Word of his return spread quickly.

About 20 people raced to the airstrip, insisting he leave after he stepped off the plane.

The man instead went to a friend’s house in the village where he had been staying, and locked himself inside, she said. The group followed him, waiting outside for about an hour.

“We kind of camped out until he agreed to talk to us,” Barr said. “He denied the allegations of having and distributing meth.”

The man agreed to leave town after asking to speak with a friend. The friend advised him to follow the community’s wishes, Barr said.

The tribe and the city split $600 to send the man to Kotzebue by chartered plane that evening, she said.

On Sept. 16, the tribal council held a banishment hearing, inviting the suspect to attend. He phoned in, presenting his side.

“There were other witnesses who participated in the hearing, and based on the evidence, the council made their decision,” Barr said.

The tribal council passed the order banishing the man from Kiana for five years, she said. He can return earlier if he completes a drug rehabilitation program or is found innocent of the tribe’s allegations, she said.

The tribe sent a copy of the order to troopers and the two commercial airlines that serve Kiana, she said.

Troopers spokeswoman Megan Peters said that troopers are investigating the possible overdose, and whether criminal activity might have been involved.

Peters said the troopers received the banishment order. She doesn’t believe they’ve been asked to enforce it.

“The legality of banishment orders from a tribe are pretty complicated,” she said.

Jahna Lindemuth, former attorney general under previous Alaska Gov. Bill Walker, could not immediately say whether the tribe is within its legal bounds.

Tribes have jurisdiction over their own members, she said. But a banishment of an Alaska Native person who is not part of the tribe becomes a “gray area" of the law.

“It’s a complex area with a lot of different factors that could change the outcome at the end,” she said.

Cori Mills, a Department of Law spokeswoman, said there’s no “easy, straightforward answer" to whether the tribe can legally banish the man.

“Even if we do know the facts, we would have to thoroughly evaluate the situation before commenting,” she said.