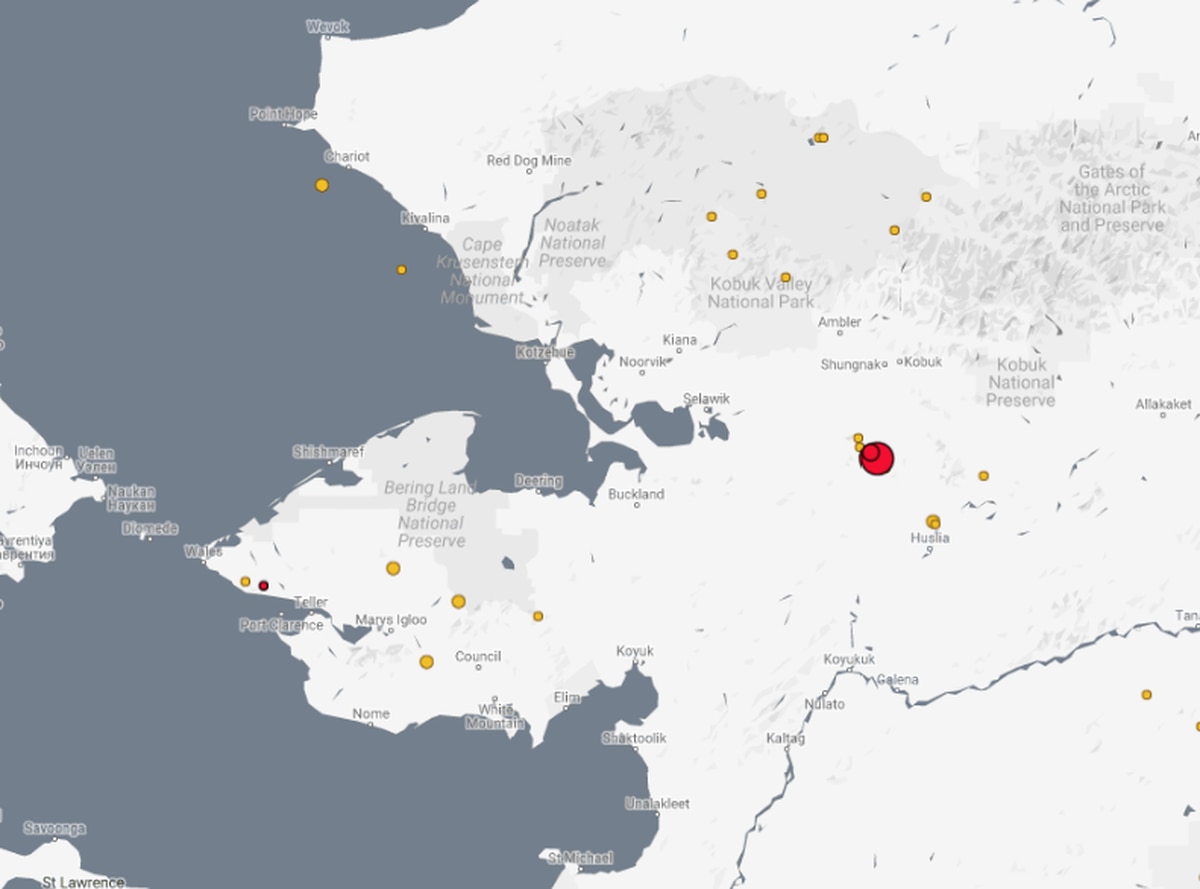 An earthquake with a reviewed magnitude of 5.3 shook a remote part of northwest Alaska late Thursday afternoon, according to the U.S. Geological Survey.

The quake at 4:58 p.m. was centered about 41 miles south of Shungnak and 5.9 miles deep, according to the Alaska Earthquake Center, which reported a differing magnitude of 5.4.

The center said on Twitter that the quake was part of the Purcell Mountains swarm, which “has been active since February.”

We just recorded a magnitude 5.4 earthquake in the Purcell Mountains swarm. The swarm has been active since February and this is the third M5+ earthquake recorded in the swarm. The first since March. https://t.co/QVQbUvOU80

Shaking was felt in Huslia and Shungnak, according to reports on the USGS website. Several aftershocks of a smaller magnitude were reported after the quake.