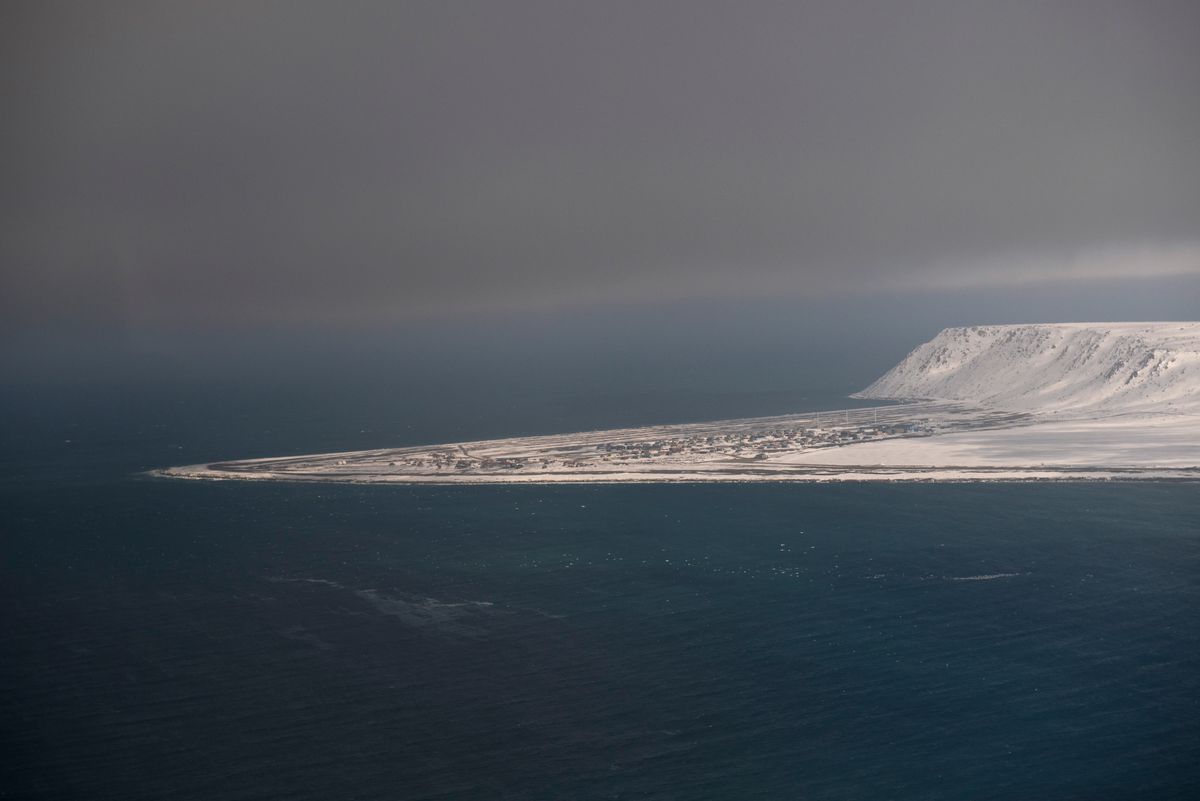 The village of Gambell is on the western end of St. Lawrence Island. Photographed on April 19, 2017. (Marc Lester / ADN archive)

The village of Gambell is on the western end of St. Lawrence Island. Photographed on April 19, 2017. (Marc Lester / ADN archive)

Two men were found dead in a lagoon on St. Lawrence Island after not returning to the village of Gambell from a trip, troopers said Wednesday.

The bodies of Mark Nupowhotuk Jr., 51, and Michael James, 37, were recovered from Aghnaghak Lagoon about 10 miles south of Gambell on Oct 15., troopers said. The men, both from Gambell and last seen there on Oct. 12, were believed to have been on a trip to a hunting or fishing camp, said troopers spokesman Ken Marsh.

Families began searching for the men on the morning of Oct. 15 when they hadn’t returned home, Marsh said, and one man’s body was found that afternoon. Later that day, troopers recovered the remains of both men, said Marsh.

Troopers believe the men had been trying to cross the lagoon on a four-wheeler, which sank.

At the request of the state medical examiner, the men’s remains were sent to Anchorage, troopers said.