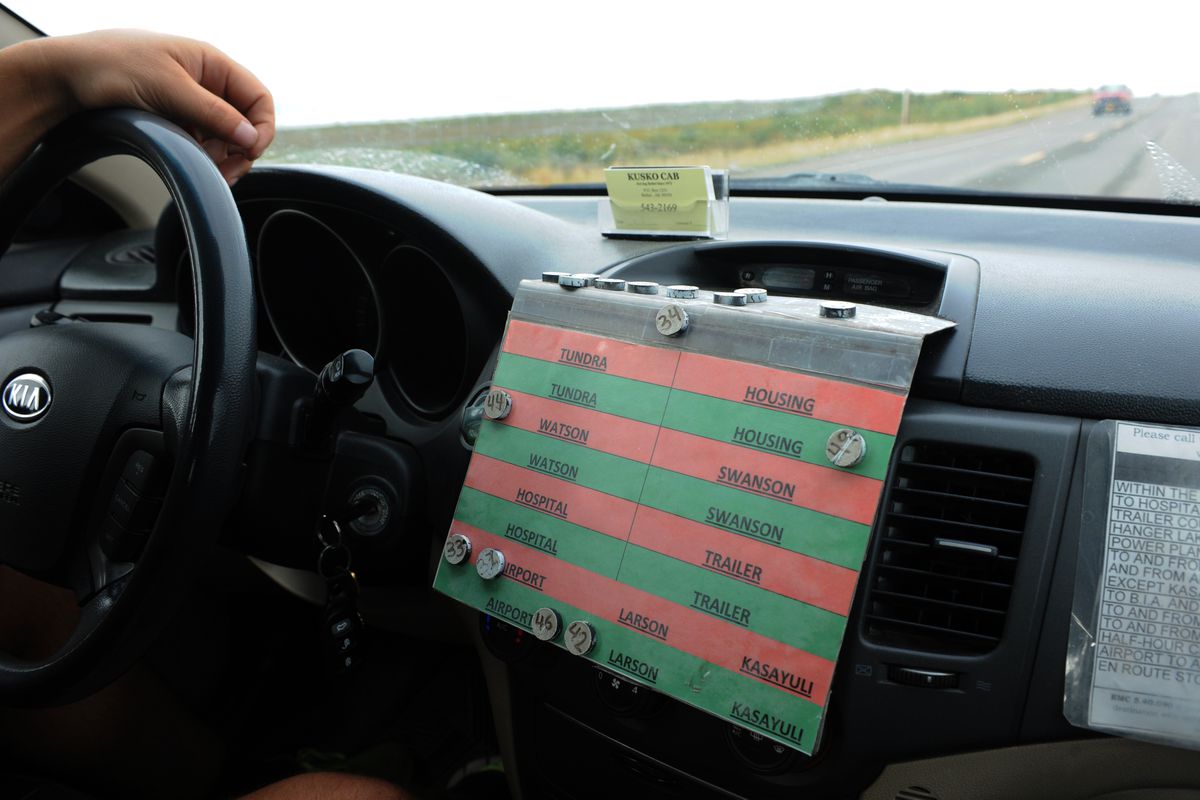 A Kusko Cab dispatcher keeps track of his fleet on a board listing sections of town, August 28, 2014, in Bethel. (Erik Hill / ADN)

A Kusko Cab dispatcher keeps track of his fleet on a board listing sections of town, August 28, 2014, in Bethel. (Erik Hill / ADN)

BETHEL - Taxi companies in an Alaska city have decided to stop accepting Medicaid vouchers for payment.

Taxis are a main form of transportation for people who travel to Bethel from area communities for health care appointments, KYUK-AM reported Thursday.

Mitchell Forbes, the Yukon-Kuskokwim Health Corp. director of communications, confirmed that all of Bethel’s cab companies have decided not to accept Medicaid vouchers.

"Just in Bethel's case, there was the one vendor who is accepting the transportation vouchers," Forbes said. "They are no longer accepting that voucher."

The corporation was informed last week by Kusko Cab owner Naim Shabani that the Medicaid vouchers were too expensive to deal with.

Medicaid's growing list of regulations was the main reason the company decided to stop accepting vouchers that cover the cost of a ride in the southwest Alaska city on the Kuskokwim River.

Kusko Cab was losing money on the vouchers because of the amount of work required to ensure the company followed regulations, Shabani said.

"There's a roughly 100-page handbook on being a Medicaid transportation provider," Shabani said.

Kusko Cab is one of three taxi companies in Bethel and Shabani said the other companies are following Kusko's lead.

The corporation is compensating by offering more shuttle services to Medicaid patients instead of vouchers to hotels where they stay, as well as adding hours to its airport shuttle service for all patients.