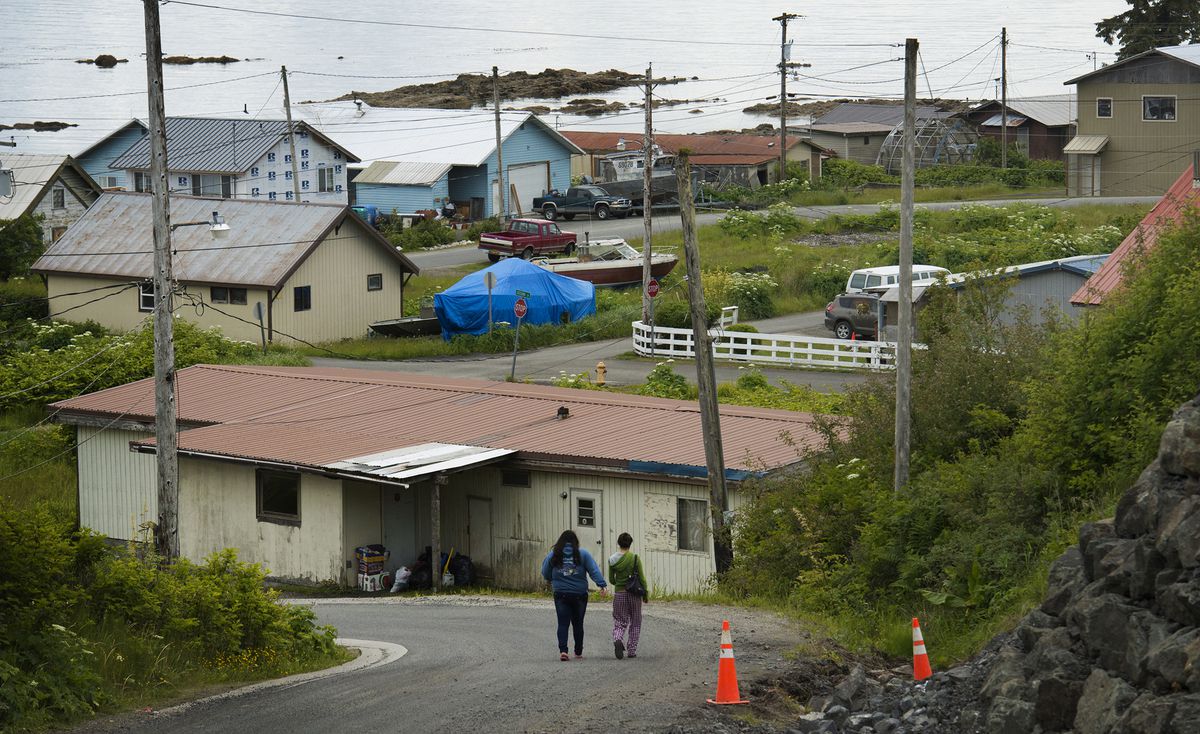 State transportation officials are preparing for a $40 million road project in a remote part of Southeast Alaska while many residents are questioning whether the money could be better spent addressing more immediate needs.

The Kake access project would link 21 miles of existing logging roads with 13 miles of new roads across Kupreanof Island in central Southeast. The new single-lane gravel road with turnouts would end at a new boat launch near Twelvemile Creek in Frederick Sound.

Kake is a community of roughly 600 residents on the west side of Kupreanof and the road to the east side of the island would provide locals a way to get closer to Petersburg on nearby Mitkof Island, which has a larger airport with daily Alaska Airlines service and a small hospital, among other benefits, proponents say.

However, skeptics of the plan, including a contingent of Kake residents, contend lawmakers should reappropriate the money to help restore ferry service across much of coastal Alaska at a time when a combination budget cuts and unexpected mechanical issues on the vessels have left many communities in the region without service for months.

Joel Jackson, president of the Organized Village of Kake, the Tribal government for the community, insists most Kake residents don’t believe they will see the benefits of the road — some of which would require more state-funded infrastructure — and therefore don’t want it.

Jackson called it “our road to nowhere” in an interview. He believes the money would be better spent improving ferry service.

The Kake road was approved by the Legislature way back in 2012 but was one of several state-funded construction plans put into abeyance by former Gov. Bill Walker’s administration following the fall of oil prices in 2015 that brought on years of large budget deficits lawmakers are still trying to resolve. Most of those paused projects have been restarted by the Department of Transportation under Gov. Mike Dunleavy.

While Dunleavy has fought for deep spending cuts across much of state government, he has also proven to be an ardent supporter of road projects of nearly any size across the state.

Department of Transportation and Public Facilities Commissioner John MacKinnon said the department restarted the project in part to follow through with what the Legislature directed them to do years ago.

“It’s one of those things, when we get an appropriation to do something we consider that an obligation to try and carry out,” MacKinnon said in an interview.

Kake is one of the smaller communities on the Alaska Marine Highway System and many proponents of the project have said they see it as a precursor to a shorter ferry trip between Petersburg and Kake, although at this point there are no plans for a ferry terminal at the end of the road and building one would likely be another multimillion-dollar endeavor.

“You go back to day one on the ferry system and the model has always been: You build roads where you can and where you can’t you do short shuttle links with ferries,” MacKinnon said. “That’s the most efficient system to provide the service.”

DOT’s website for the project cites a purpose to provide “increased recreational and subsistence opportunities” for area residents. No one lives along the route that is entirely through U.S. Forest Service lands.

Republican Sen. Bert Stedman represents the area and originally secured the state general fund money to pay for the road. Stedman has maintained his support for the project while also pressing the Dunleavy administration to limit funding cuts to the Alaska Marine Highway System.

Stedman did not return calls seeking comment in time for this story, but he wrote a letter to Petersburg Borough Mayor Mark Jensen Feb. 14 outlining his rationale.

For starters, Stedman notes the $40 million — a figure which, coincidentally, nearly matches the cut to the ferry system’s operating budget this year — cannot be used for vessel repairs or increased service without a formal reappropriation in the capital budget that would have to be approved by the Legislature and the governor.

However, that was before unexpected repairs cropped up on multiple ferries, prompting the administration to seek additional capital funding for vessel work in the 2020 supplemental budget this winter.

MacKinnon said DOT officials agreed they would need to get Stedman’s approval to seek a reappropriation of the funds and Stedman told them to move ahead with the project in subsequent discussions.

The Petersburg Assembly voted down a resolution opposing the road and requesting the money be spent on ferries on March 2. Member Jeigh Stanton Gregor, who sponsored the resolution, acknowledged it’s unlikely the money would be moved but argued there has not been an “honest dialogue” about the project.

“To advocate for all of coastal Alaska is important. I think it’s our responsibility to try,” Stanton Gregor said in support of the resolution.

The eastern portion of the road would cross through the Petersburg Borough.

Other assembly members who voted against the resolution said they did so because Kake Mayor Lloyd Davis wrote a letter in January to Dunleavy supporting the road, in part because it could improve emergency access to the community, Davis wrote.

Jackson claimed Davis is out of touch with most Kake residents on the issue. He said the Tribal government, which formally opposes the project, represents about 80 percent of the community.

Jackson additionally cited an informal poll of Kake residents and claimed 217 are against the project and just 27 support it.

“It’s unfortunate our mayor sent out that letter without realizing how people really feel,” Jackson said.

Jackson said he is also Kake’s incident commander and dismissed the viability of shuttling individuals in need of medical care down the road in the community’s only ambulance.

For one, he said, it would still require water or air travel to get to larger medical facilities. Additionally, a several hour round-trip down the road — DOT states it would have a 25 miles per hour speed limit — would leave the rest of the community without an ambulance for that time, Jackson said.

Stedman and other supporters also contend the road is a first step to a power line intertie between to Kake that would reduce energy costs.

That project, estimated at roughly $60 million, has been shelved until more state funding is available, according to Southeast Alaska Power Agency CEO Trey Acteson.

DOT officials expect to finalize permitting for the road this summer and complete construction in 2022.