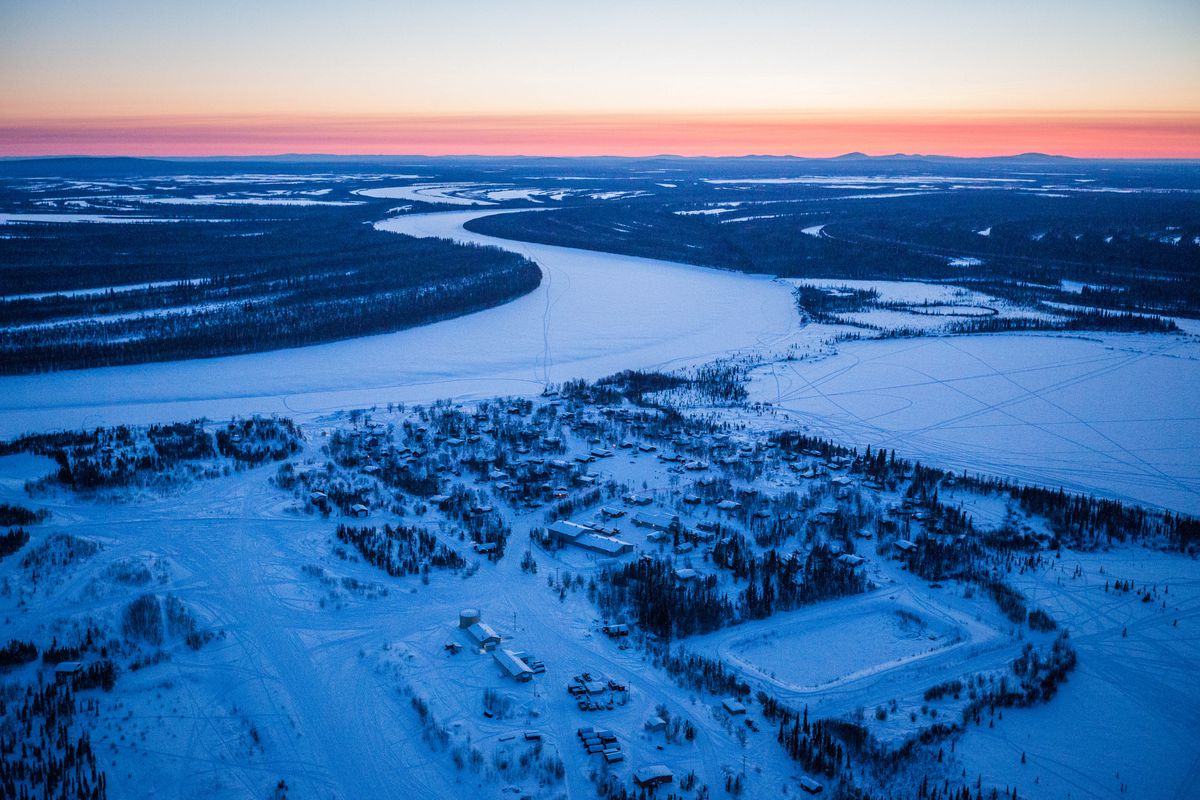 Multiple Alaska villages are seeking to ban or restrict passenger air travel in the coming weeks in hopes of slowing the arrival of the coronavirus.

The villages of Fort Yukon and Huslia sought to restrict non-resident travel to their communities, Carlson said. (A Fort Yukon official told the Daily News all passenger flights, except for non-emergencies, might be suspended by Monday.) Grayling, pop. 190, announced it has suspended travel for 30 says including flights and travel from other villages.

Villages in other regions of the state are also considering travel restrictions as tribal and local city officials work to protect isolated Alaska Native communities from exposure to the virus.

“It’s scary,” said Jo Malamute, acting city administrator in the Yukon River village of Koyukuk, population 95. Tribal members met earlier this week and decided to stop passenger travel to and from the village by planes and snowmachines, she said.

Malamute said the community was devastated by tuberculosis and flu epidemics in the past and is seeking to protect today’s elders. “It just totally wiped out the population when my great grandparents were alive,” she said.

Mail and cargo flights to the villages will continue. State officials on Friday said that when coronavirus cases are identified in isolated communities, the state plan is to fly the patient to a hub city for treatment, rather than sending medics and equipment to the village.

The Anchorage Daily News sent a survey this week to all Alaska tribes and village governments asking for information on steps they are taking to prevent the virus, the availability of local health care and other questions. Anyone can take part in the confidential survey here.

Among the responses we received are concerns that remote villages will have difficulty getting emergency care or sending elders to receive health care in a timely and consistent basis.

In Manokotak, a community of about 500 in southwest Alaska, the village is asking anyone arriving by plane to self-quarantine for two weeks, said city administrator Nancy George.

Villages in the Aleutians, Northwest and Southeast Alaska also are considering travel restrictions or seeking to quarantine incoming travelers, according to Daily News survey responses. On the Kuskokwim River, in Akiak, the village is forbidding visitors from outside the region except for those providing “essential emergency services.” In Deering, just southwest of Kotzebue, the tribe has offered to provide gasoline, oil and ammo to members and is seeking volunteers willing to hunt for food to feed their neighbors.

Most Alaska villages cannot be reached by road. While residents are accustomed to intermittent delays in air service due to weather, the pandemic has further isolated communities that lack robust local health care facilities. A spokesperson for Ravn was not immediately available Friday for questions on the number of communities that have informed that rural air carrier that they want to restrict travel.

Wright Air said its working with Tanana Chiefs Conference, the regional nonprofit service provider, to implement a screening program for all village passenger flights. Potential passengers are asked about their recent travel histories and flu-like systems.

“Our tribes are taking this very seriously and they know that if they get one case in their community, it could spread rapidly and they are trying to limit that person to person,” said Tanana Chiefs Chairman Victor Joseph.

“We want to help our communities get through this and get to the other side,” he said.

Tanana Chiefs serves some 37 village tribes and recently distributed $7,500 to each community to help pay for cleaning supplies and other necessities.

Katie Kangas, the first chief for the tribe in Ruby, said her community used the money to order a bulk food shipment of non-perishables such as pilot bread, powdered milk and cereal. Many tribal members in the hillside village of 149, which this month served as a Yukon River checkpoint for the Iditarod Trail Sled Dog Race, can’t afford to have food flown to the community, she said.

“Our traditional chief is elderly,” Kangas said. “But he told us at the meeting to please make sure we are ordering for the children, he is concerned about them. I almost cried.”

Correction: This story has been updated to correct a reference to efforts in Manokotak to maintain snowmachine routes to Dillingham. The village official was referring to maintenance of local roads.