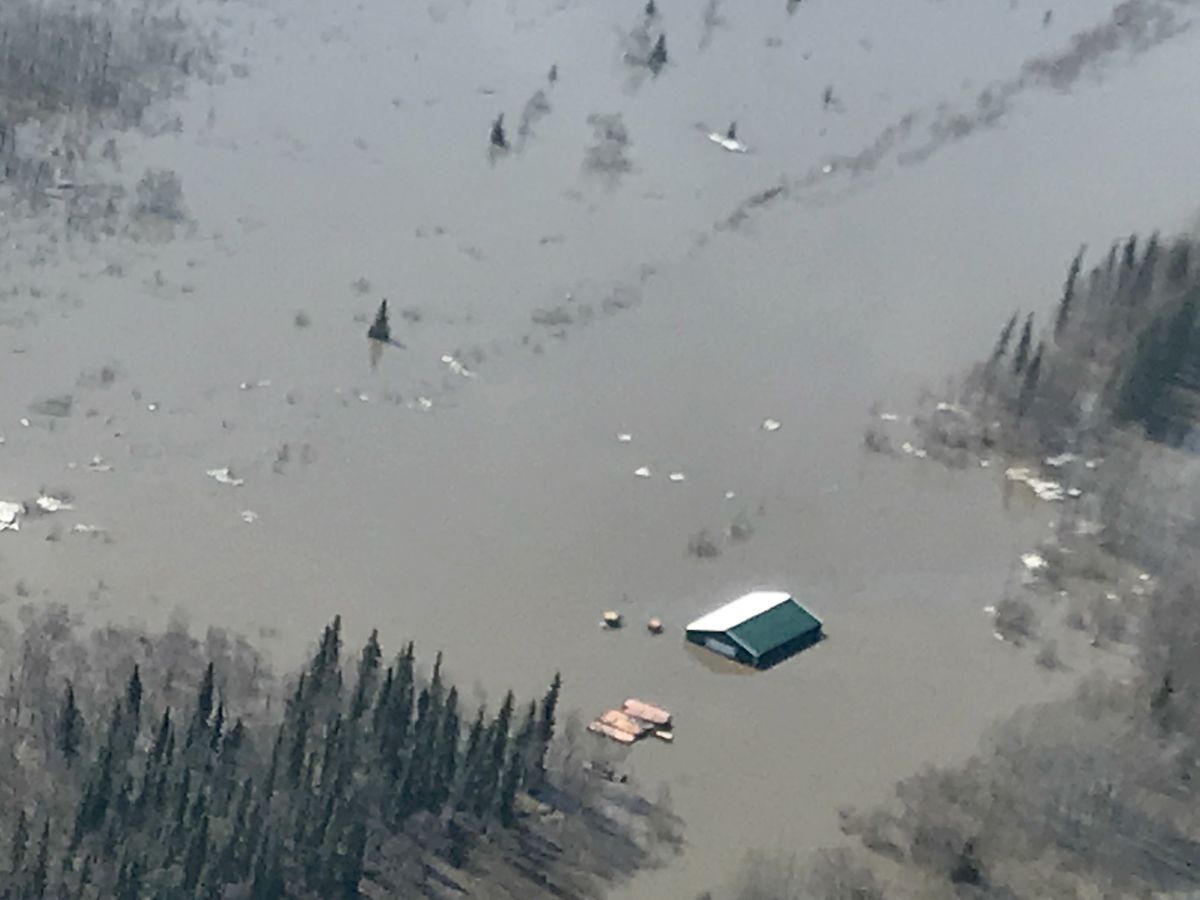 Kuskokwim River ice and flooding near Napaimute. On Friday, May 1, 2020, a stranded Napaimute couple was rescued from their boat amid rising floodwaters. (Courtesy Alaska State Troopers)

Kuskokwim River ice and flooding near Napaimute. On Friday, May 1, 2020, a stranded Napaimute couple was rescued from their boat amid rising floodwaters. (Courtesy Alaska State Troopers)

A couple stranded in a boat amid flooding along the Kuskokwim River in Southwest Alaska was rescued early Friday, officials said.

Just before midnight, airmen with the Alaska Air National Guard’s rescue squadrons — including four pararescuemen — left Joint Base Elmendorf-Richardson in an HC-130J Hercules and HH-60G Pave Hawk to search for the couple, Guard officials said in a statement. Troopers had requested assistance from the Rescue Coordination Center.

John Borowski, 75, and Seraphine Borowski, 74, from Napaimute, needed to evacuate Thursday evening after they could not reach higher ground, Alaska State Troopers said in an online report. There was “heavy flooding in the area due to excessive ice on the Kuskokwim river," troopers said, and the pair had been communicating by VHF radio with other residents and aircraft monitoring river conditions.

“They needed to be hoisted as quickly as possible because the rising flood waters washed out their home and they were adrift in the dark, ice filled river,” Lt. Col. Keenan Zerkel, director of the Alaska Rescue Coordination Center, said in the statement.

The pair were hoisted from 140 feet above so the helicopter’s rotor wash didn’t jostle their boat, according to Guard officials. The two were deemed uninjured and flown to Aniak after the rescue.

Troopers said that “flooding continues to be of concern in the area.”