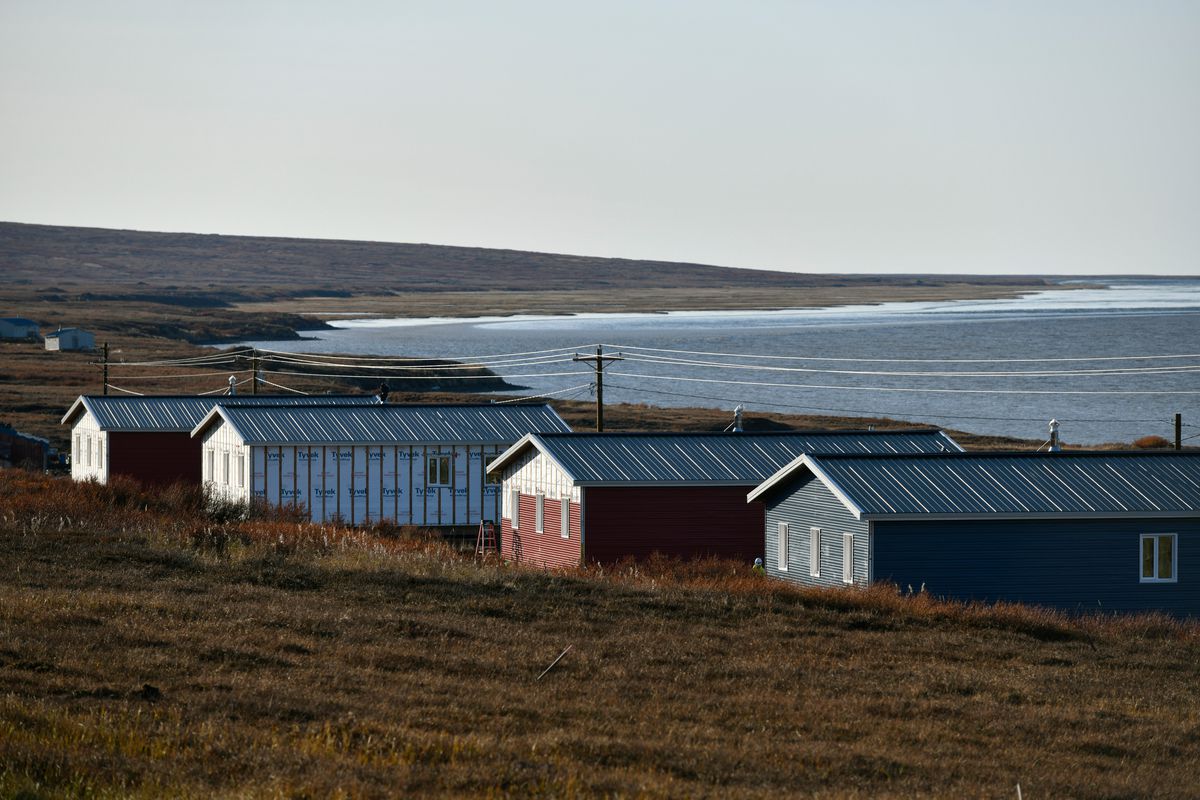 New homes overlook the Ninglick River in Mertarvik on October 12, 2019. Thirteen homes were built this year in Mertarvik, bringing the total to 21 homes in Mertarvik. (Marc Lester / ADN)

New homes overlook the Ninglick River in Mertarvik on October 12, 2019. Thirteen homes were built this year in Mertarvik, bringing the total to 21 homes in Mertarvik. (Marc Lester / ADN)

BETHEL — Construction of a new Alaska village by residents trying to escape an encroaching river was slowed by the coronavirus, but an injection of federal relief funds has revived the project.

The brief construction season in Mertarvik began later than planned this year because of the pandemic, KYUK-AM reported Thursday.

Residents began moving in October from Newtok across the Ninglick River to the replacement village of Mertarvik. Planning for the new community started about 25 years ago as creeping erosion along the river banks began claiming Newtok property.

Relocation Coordinator Romy Cadiente said his team was ready to work earlier this summer, but businesses the team relied upon for lumber shut down in the economic downturn caused by the virus.

"Our suppliers in Anchorage, in Seattle, there was nobody at the factories filling orders," Cadiente said.

The Mertarvik construction will serve the dual purpose of building up the village while ensuring those who are infected with the coronavirus can temporarily be housed in “isolation homes” during quarantine periods.

Even with the federal funds, the relocation project faces continued challenges.

Last year the village built 13 homes, several miles of gravel road, a landfill, and other projects using $25 million from the Denali Commission. The departure of the Alaska Native Tribal Health Consortium, which oversaw the work, has required the village to seek funding elsewhere for the move estimated to cost more than $100 million.

Uncertainty about the virus and funding will also prevent Newtok from receiving assistance this summer from the U.S. military, which provided about $1.6 million in labor last year through the Innovative Readiness Training Program.

More families will move out of Newtok this fall, but at least half the residents remain. Council President George Carl said what matters most is bringing everyone across the water to Mertarvik.

“We just can’t leave anybody out,” Carl said.