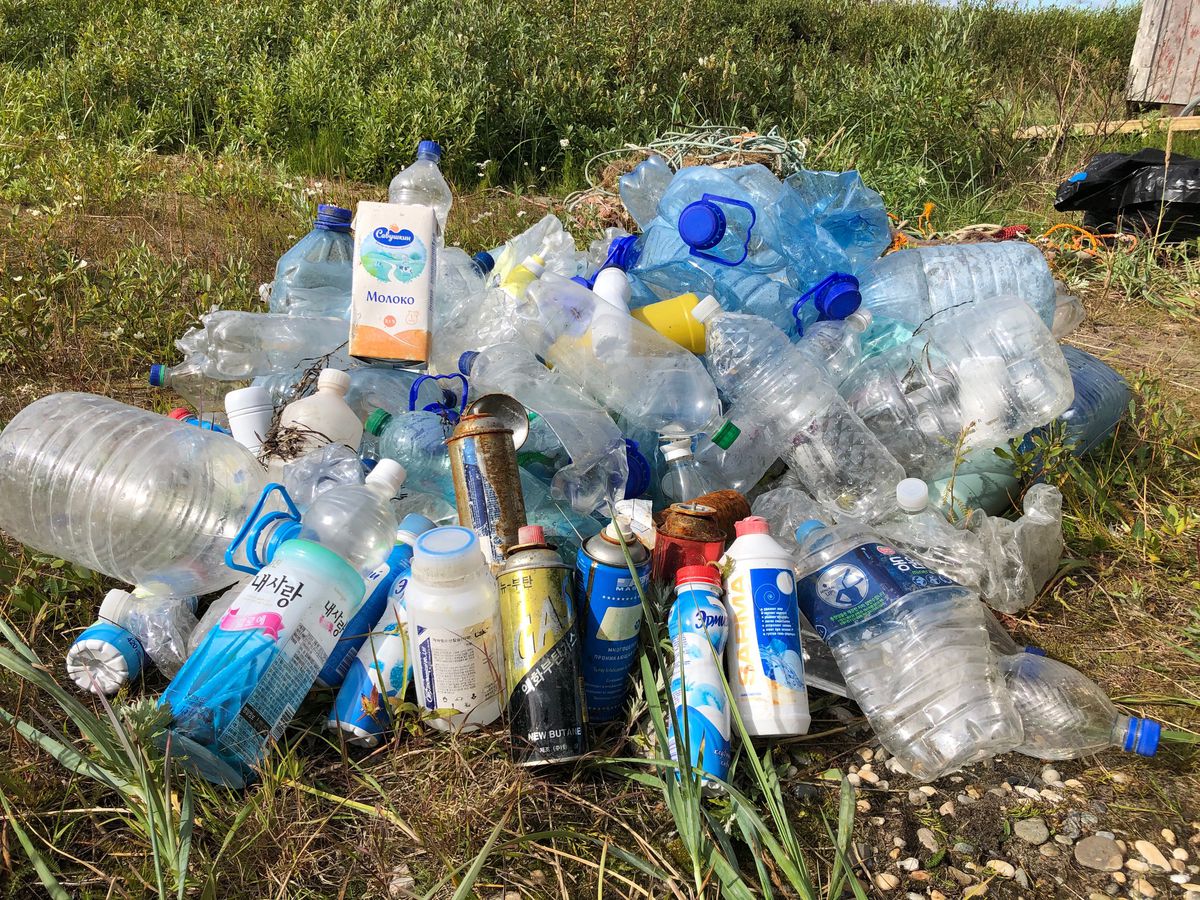 Examples of marine debris that has washed up in the Bering Strait region since July bearing foreign-language labeling. (Photo courtesy Austin Ahmasuk)

Examples of marine debris that has washed up in the Bering Strait region since July bearing foreign-language labeling. (Photo courtesy Austin Ahmasuk)

The trash started to appear on the beaches of St. Lawrence Island, in the Bering Sea, around the end of July: Russian-language milk cartons, the Korean version of WD-40, and so many orange deck boots.

In mid-September, an unusual stream of of flotsam continues to wash up on the coastline of the Bering Strait, from Shishmaref to Nome. Environmental experts say the influx represents the region’s largest marine debris event in recent memory.

Likely thousands of pieces of trash have washed up, said Austin Ahmasuk of Nome, marine advocate with the regional nonprofit, Kawerak. People in communities up and down the coast have been finding everything from energy drink bottles to petrochemicals and solvents on their beaches.

“It is absolutely spread throughout our entire region,” he said.

Where did it come from? The huge pulse of debris with foreign language labeling suggests a disaster — or a crime.

“What it represents is a bad actor throwing their garbage out,” Ahmasuk said.

Marine debris is nothing new for Alaska, or the Bering Strait, said Peter Murphy, the regional coordinator of the National Oceanic and Atmospheric Administration’s marine debris program.

“It’s not uncommon,” he said. “It happens. But not in these quantities, and not all at once.”

What makes this different is also the “concentration of foreign language debris,” said Murphy.

It first started to show up in St. Lawrence Island in late July, then spread to other coastal communities in August and September, he said. The trash is being pushed by wind and ocean currents, but may come from a single source.

Scientists haven’t traced the source yet. But there are plenty of clues: Intact, un-rotted pieces of fruit — oranges, mostly — washing shore are an indication the debris went into the water “relatively recently,” he said.

The debris seems fresh, not brittle or faded by seawater. The majority of the trash has Russian language writing on it. Some has what appears to be Korean language script. Some of the items — like the rubber deck boots — seem to be associated with fishing vessels. But the household items could come from anywhere. The nature of the trash also points toward “a lot of debris going into the water at one place, at one time,” Murphy said.

That could either be due to an accident at sea or dumping at sea, which would be illegal under international maritime law.

A network of local, state and federal groups is using techniques usually deployed for oil spills to trace the origins: “We can look backward,” Murphy said. “Where might this have come from?”

Local responders are disposing of the trash and gathering data. Officials have asked people in the region to report the debris and photograph it. For now, NOAA officials and local environmental officials are asking people who find pieces of trash to take a photograph and email it to incident.debris@noaa.gov.

What’s not yet known is how the trash may hurt the marine environment, from microplastics to releases of household chemicals.

He wants to see the offending party or parties caught and held accountable.

“All of us who have reported this debris, all we want to do is just go to our cabins and go fishing, pick berries,” Ahmasuk said. “And we get out there and become first responders. We become witnesses to a crime.”