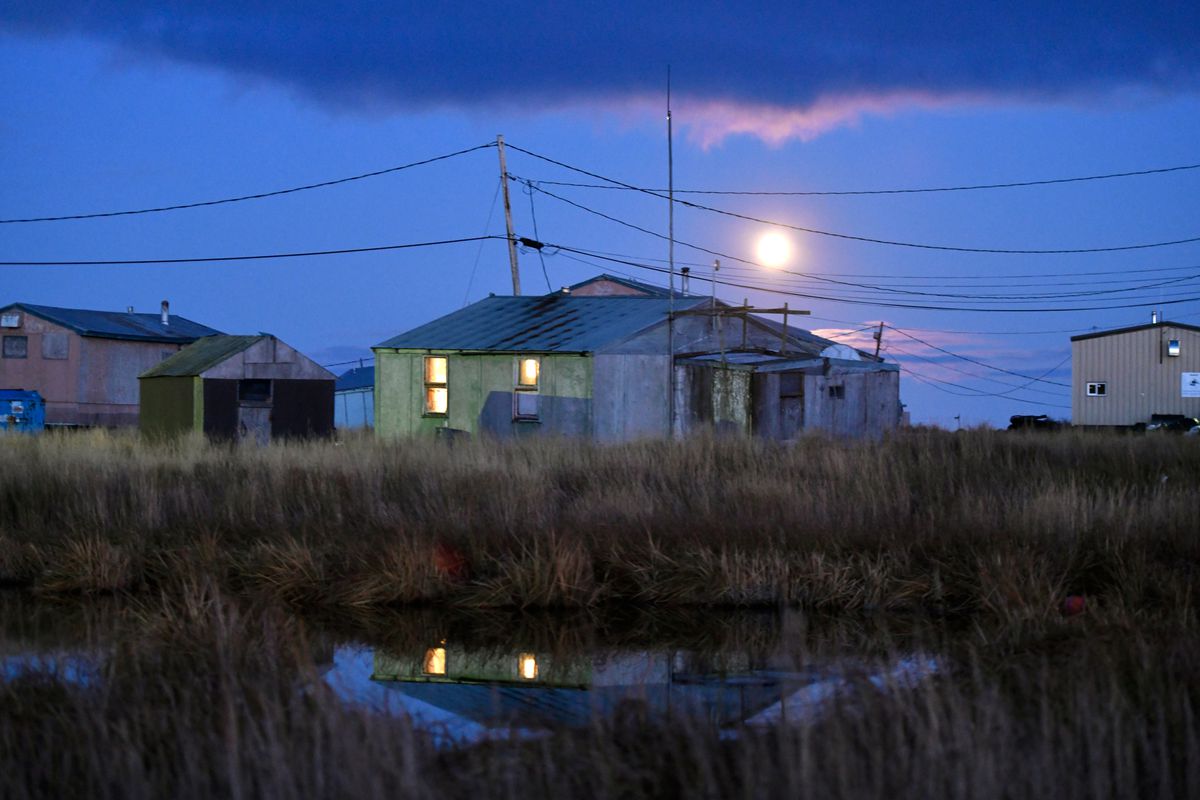 BETHEL - Residents of Newtok have banded together to help families who lost frozen provisions when the village lost power for a month.

Donations are also arriving from outside the Southwest Alaska village for those who lost all of their subsistence harvest stored in freezers that stopped working, KYUK-AM reported.

Newtok’s backup generator failed in late August and power was not restored until Sept. 21.

“My initial estimates are minimum 5,000 pounds of food lost,” said Newtok Tribal Administrator Andrew John, who went door to door to assess the amount of food spoiled during the outage.

“We have 10 homes that lost all their food, like, zero emergency food,” John said.

John said he and other volunteers have made it their mission to refill the empty freezers.

“We are going to get some able hunters that still have unfilled tags and fill those tags so that we can get food to our people,” John said.

John spent the week hunting moose, while fishermen returned with whitefish and sheefish for the families.

Meyers Farm in Bethel and the Alaska Commercial Co. sent boxes of produce and other food, while the Food Bank of Alaska arranged flights to deliver pallets of food.

The timing of Newtok’s power outage aligned with a large donation from the Armed Services YMCA, Reusser said.

“Otherwise, we didn’t have all this fish available to us,” Reusser said. “So that’s actually pretty fortuitous that we received that donation in such a timely fashion.”

Newtok’s bookkeeper, Martha Simon, has managed the logistics of distributing the food, which she said the tribe is delivering to elders and other residents who cannot collect the donations themselves.

John said last month the tribe planned to provide affected residents with $500 vouchers for the local store and $1,000 credits with the village’s power company.