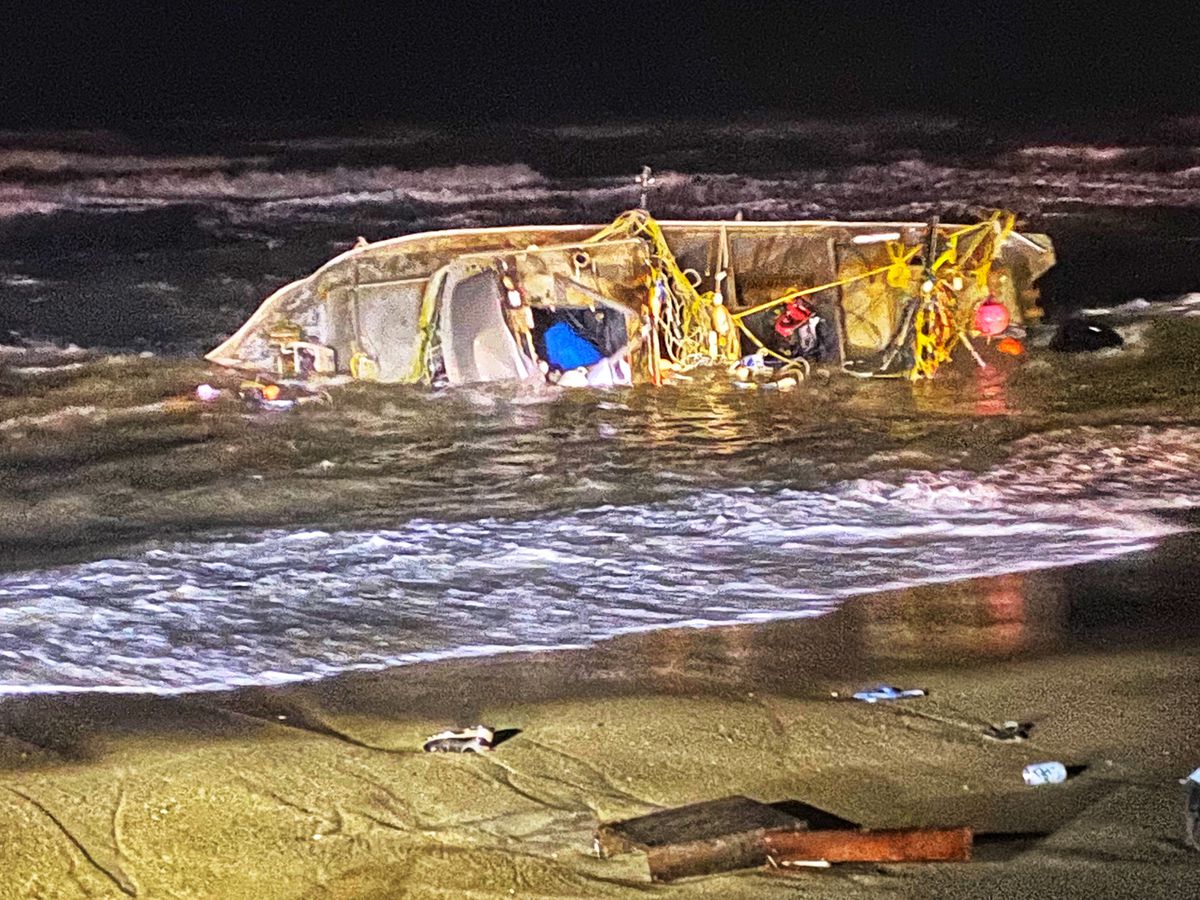 A search is underway in Nome for two men missing after their gold mining dredge overturned in heavy swells Thursday night.

Three men were aboard the 32-foot fishing boat converted to a dredge as it made its way back to Nome’s harbor, according to Nome Fire Department Chief Jim West Jr., who heads up the local search and rescue team. They were returning from a mining claim area called the Bluff in 30 mph winds across exposed water.

One man was able to make it to shore using a life raft, West said Friday. The other two were with the vessel at last sight. All three were described as men in their 60s who had been mining in the area for a few years. The man who came ashore is the brother of one of the missing men.

The man was picked up, hypothermic, on the road headed to the hospital, West said. Alaska State Troopers say they were notified of the search and rescue effort around 8 p.m.

The fire department sent about 25 people out to cabins across a nearly 10-mile stretch of beach to make sure the missing men hadn’t come ashore and sought shelter, West said. “We came up with nothing.”

The search overnight also involved a US Coast Guard C-130 and Pave Hawk helicopter, he said.

By Friday afternoon, wave action and wind had moved the dredge close enough to shore that the fire department was trying to move heavy equipment into place to drag it to shore. West said that no one was on board when they checked the boat’s cabin.

The National Weather Service on Friday issued an elevated surf warning along south and southwest facing coastlines along much of western Alaska, from Point Hope to Cape Romanzof along the Yukon Delta through Saturday afternoon.

Southeast to southwest winds 25 to 40 mph gusting to 60 mph were expected to push surf two to four feet above normal high tide in Bering Strait and Norton Sound communities, forecasters warned. Elevated surf was expected in Teller and Brevig Mission, areas not normally affected by events like these.