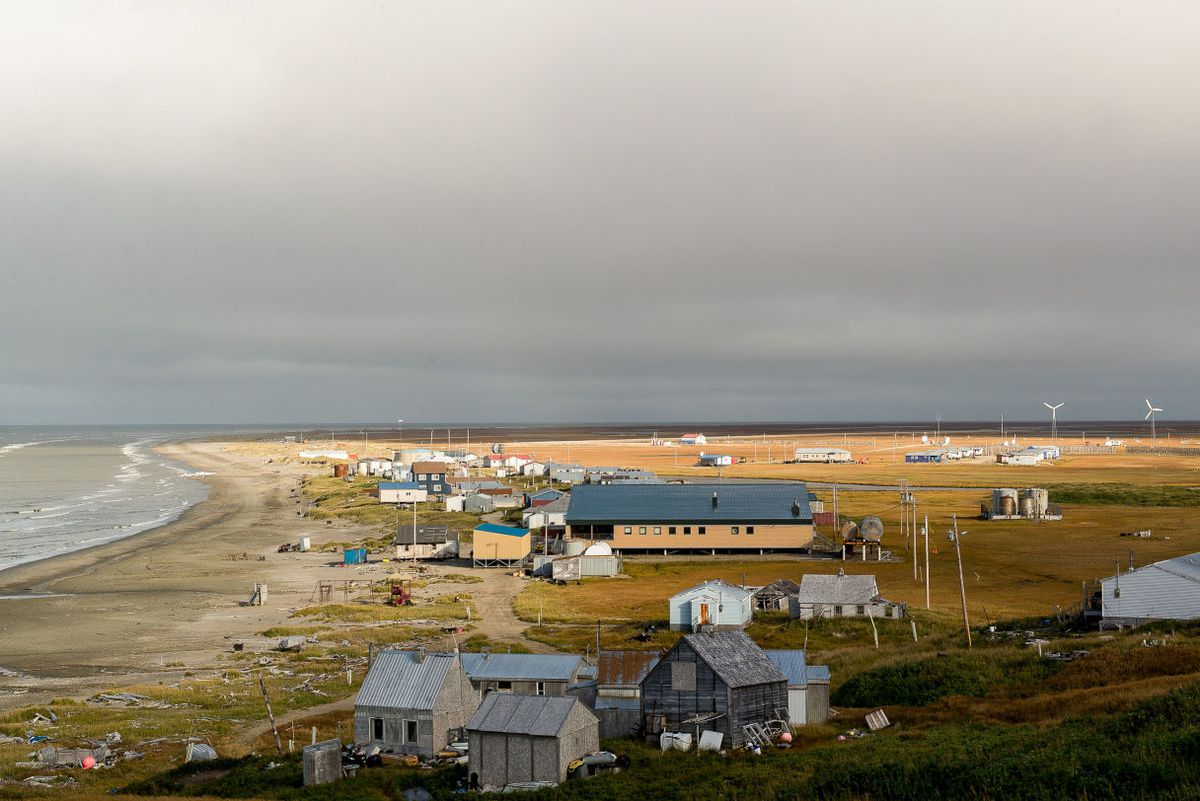 The Alaska village of Wales on the Bering Strait. (Photo by Mitch Borden, KNOM)

The Alaska village of Wales on the Bering Strait. (Photo by Mitch Borden, KNOM)

Crews continued working this week to recover hundreds of gallons of diesel fuel spilled during a transfer between tanks last week at a Northwest Alaska school on the coast of the Bering Sea, according to the Alaska Department of Environmental Conservation.

“A valve was left open when transferring fuel from a 10,000 (gallon) storage tank to a 550 (gallon) day tank,” the situation report said. “The day tank overfilled, releasing diesel on to the ground.”

According to the report, about 1,862 gallons of fuel was released from the larger storage tank, but it was not clear how much of that spilled.

The storage tanks are just 150 yards from the Bering Sea and 15 yards from wetland tundra, according to the report. Responders from the school district did not believe the diesel had immediately reached either area, the report said.

The school district put together a crew that has been working to collect the fuel, the report said. As of Wednesday, 253 gallons had been collected and stored onsite, the Department of Environmental Conservation said.

“The fuel is currently being collected from an excavated hole at a low point of the spill area,” the report said.

Officials from the U.S. Coast Guard were expected to visit the area Wednesday to evaluate the spill and help make plans to clean the area and monitor it for impacts.