Feds OK $47.5 million for Alaska airports including a new airport for village that’s relocating due to erosion 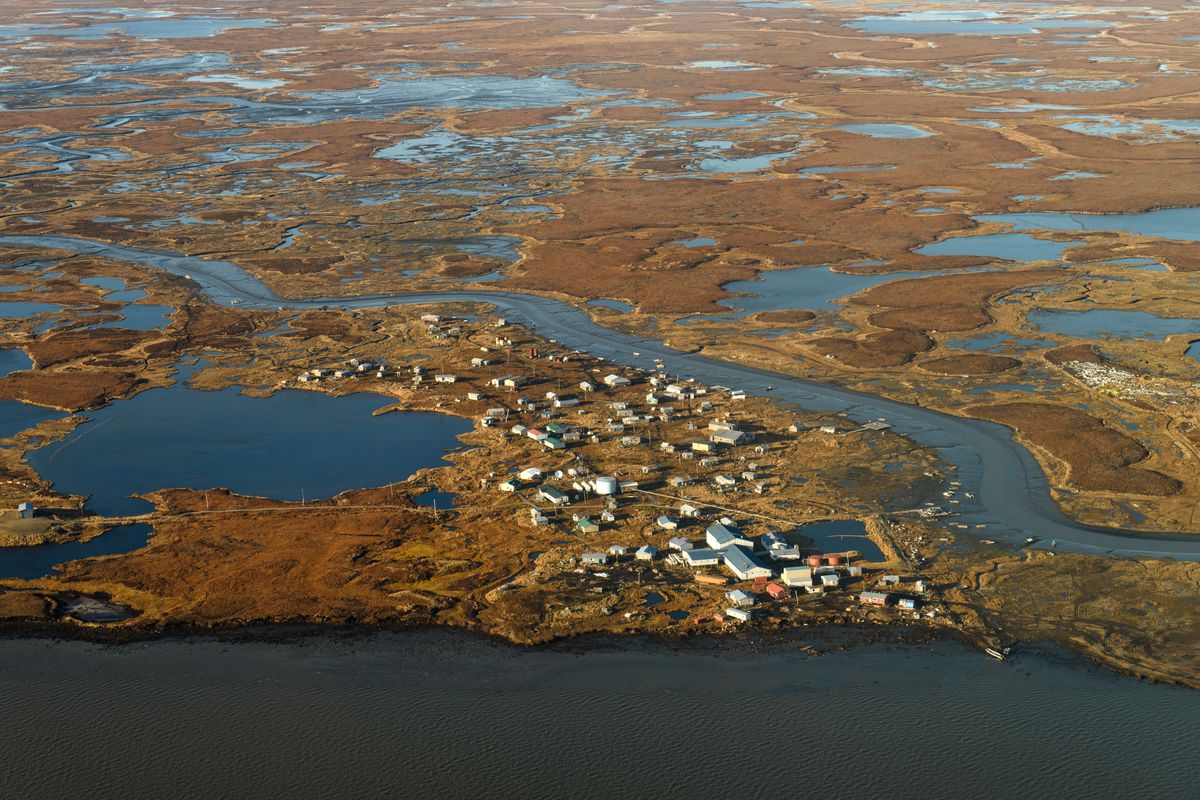 Newtok, on the Ninglick River near the Bering Sea coast, is being relocated due to erosion, melting permafrost and flooding. (Marc Lester / ADN)

Newtok, on the Ninglick River near the Bering Sea coast, is being relocated due to erosion, melting permafrost and flooding. (Marc Lester / ADN)

The U.S. Department of Transportation has approved about $47.5 million in spending to build a new airport near the Southwest Alaska village of Mertarvik, the new village site for Newtok, and make upgrades to two urban airports.

Erosion-threatened Newtok was granted more than $21.1 million for a new airport on higher ground at the new village site of Mertarvik. The airport was scheduled to be completed by 2023.

Ted Stevens Anchorage International Airport received about $25.5 million and the Kenai Municipal Airport got about $826,000 for renovation projects.

The grants were made as part of a more than $600 million in infrastructure funding from the Federal Aviation Administration that will offer 499 grants to 390 airports in 39 states, Puerto Rico and the Federated States of Micronesia.

The Alaska Department of Transportation & Public Facilities initiated the Newtok Airport Relocation Project in 2018 because ground surrounding the airport and village is deteriorating. The airport and community are being relocated to higher ground at Mertarvik.

The state of Alaska had allocated $8 million for the construction project in 2019.

“The project is critical to the airport and to the village of Newtok,” the FAA said.