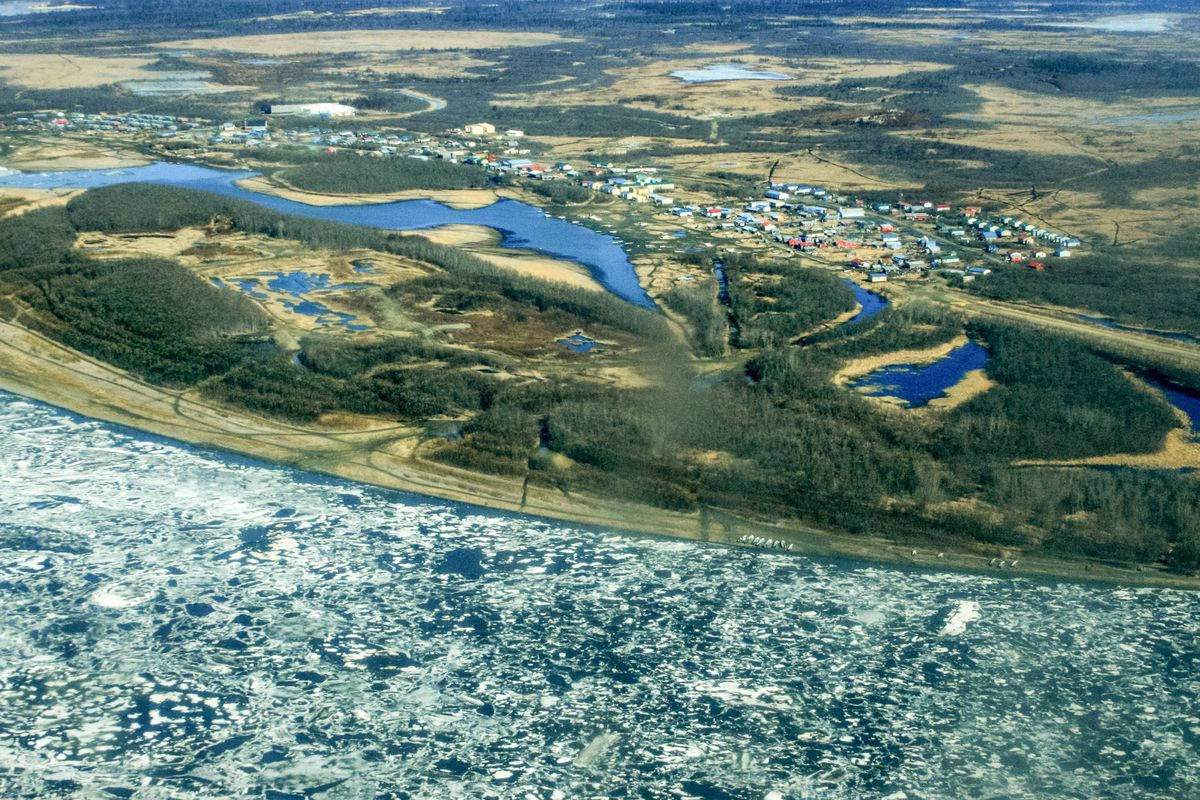 Breakup on the Kuskokwim River at the village of Akiachak in May 2015. (Lisa Demer / ADN archive)

Breakup on the Kuskokwim River at the village of Akiachak in May 2015. (Lisa Demer / ADN archive)

Her comments came Monday as more than 50 federal, state and local officials and others took part in a teleconference discussing breakup, KYUK Public Media in Bethel reported.

Van Breukelen worries about the tundra becoming saturated with snowmelt and the water not having anywhere to drain.

A snow monitor in the village of Aniak measured 33 inches on April 1, the most since it was installed in 2013. Last year, the unit measured 21 inches of snow.

Upriver in McGrath, the snowpack was measured at 41 inches, down 3 inches from last year.

With temperatures rising, residents report the snow is melting fast. They say travel on the iced river has dropped considerably and now is largely confined to early morning hours after freezing overnight.

“The augur just went through without very much effort involved,” Wilmarth said of a recent ice fishing trip.

Mark Leary, director of operations for the Native Village of Napaimute, said ice there has mostly measured below average thickness, and thinner ice could help reduce ice jams.

However, ice is thicker from Akiak down to the upper end of the Kuskokwak Slough, and that is a concern for possible jams.

“That section might be worth keeping an eye on. It might have a hard time moving out,” Leary said.

Deseriee Chambers, an emergency management specialist with the state, encouraged communities to prepare evacuation sites in case people need to leave their homes.

“We would encourage any evacuation that needs to be done, or movement out of a flood area, to be kept as local as possible,” Chambers said.

The building could house up to 75 people on cots spaced about 6 feet apart to accommodate pandemic rules.

The guard does not currently plan to station a helicopter in Bethel during this year’s breakup.

Chambers also encouraged communities along the Kuskokwim River to review emergency response plans and update them as needed.