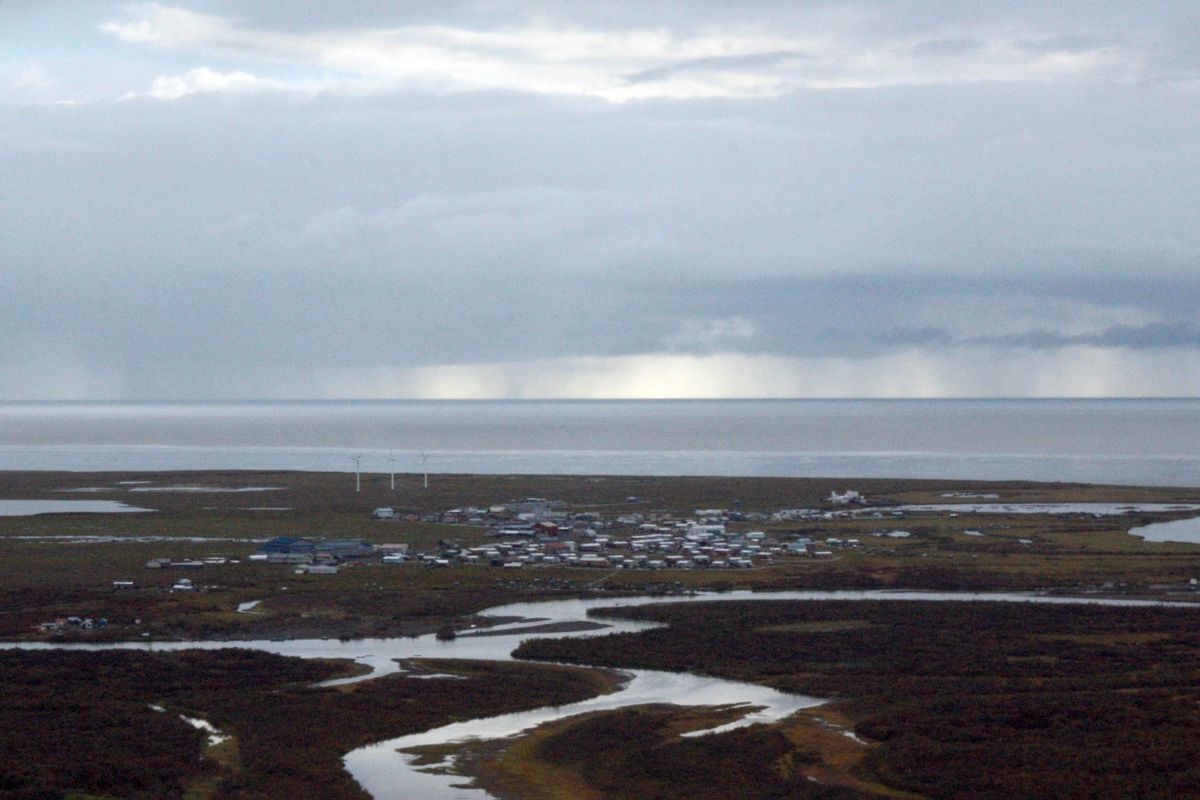 The Southwestern Alaska village of Quinhagak is seen from the air in 2016. (Lisa Demer / ADN)

The Southwestern Alaska village of Quinhagak is seen from the air in 2016. (Lisa Demer / ADN)

A Quinhagak child died Thursday afternoon after being run over by a pickup truck driven by a tribal police officer, according to an online statement from Alaska State Troopers.

“Initial reports indicate that a Tribal Police Officer was leaving a residence in a pickup truck when the TPO drove over a young child who was near or under the front of the truck,” troopers wrote in the statement.

The child was pronounced dead after being taken to the clinic in the Southwest Alaska village.

Troopers traveled to the village to investigate, and next of kin were notified of the death at the scene, they wrote.