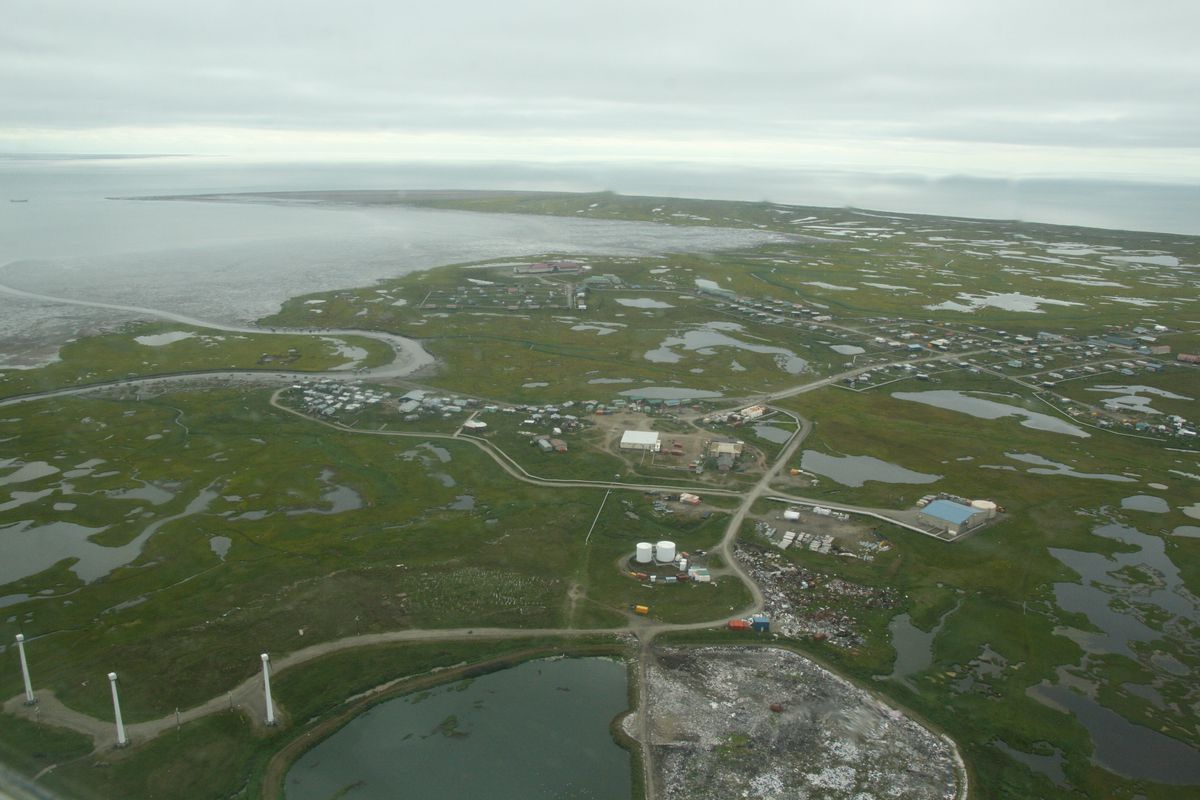 The Southwestern Alaska village of Hooper Bay is seen from the air on Aug. 11, 2016. (Lisa Demer / ADN archive)

The Southwestern Alaska village of Hooper Bay is seen from the air on Aug. 11, 2016. (Lisa Demer / ADN archive)

The outbreak began in May, and 63 people have tested positive since then. As of June 18, there were about 40 active cases.

Yukon-Kuskokwim Health Corp. Chief of Staff Dr. Ellen Hodges said that the true number of cases may be higher. She said that’s because over 20% of tests are coming back positive.

“That means, to me, that there’s possibly undetected cases out there,” Hodges said.

She added that with the number of cases confirmed in Hooper Bay, the virus is likely spreading through community transmission.

Before May, only about 20 residents of Hooper Bay had tested positive for COVID-19 throughout the pandemic. COVID-19 coordinator Sandra Hill said that Hooper Bay, like many other communities, dropped its quarantine requirements this spring.

Hodges said that she suspects the cases in the Hooper Bay outbreak are likely of the Alpha variant.

“And that’s simply because that’s the predominant strain that’s circulating in Anchorage and in America,” Hodges said.

Almost half of Hooper Bay’s total population is vaccinated, the same percentage as the region at large. Hodges said that there are two main reasons why this outbreak in Hooper Bay occurred despite that. One is because a large portion of Hooper Bay’s population are children.

“So out of the vaccine eligible group,” Hodges said.

COVID-19 vaccinations are authorized for people 12 and older. Hodges said that about a third of those who have recently tested positive in Hooper Bay are under the age of 12, and half are younger than 18.

Hodges said that another explanation for this outbreak is that there are some vaccinated people who are testing positive.

“I think in the absence of a highly vaccinated community, we’re going to continue to see flare-ups like this of COVID-19. But if we can get up to that 70%, or even past that 70% mark of the total population vaccinated, these kinds of outbreaks will not be nearly as frequent,” Hodges said.