Remembering a giant among the Alaska science community 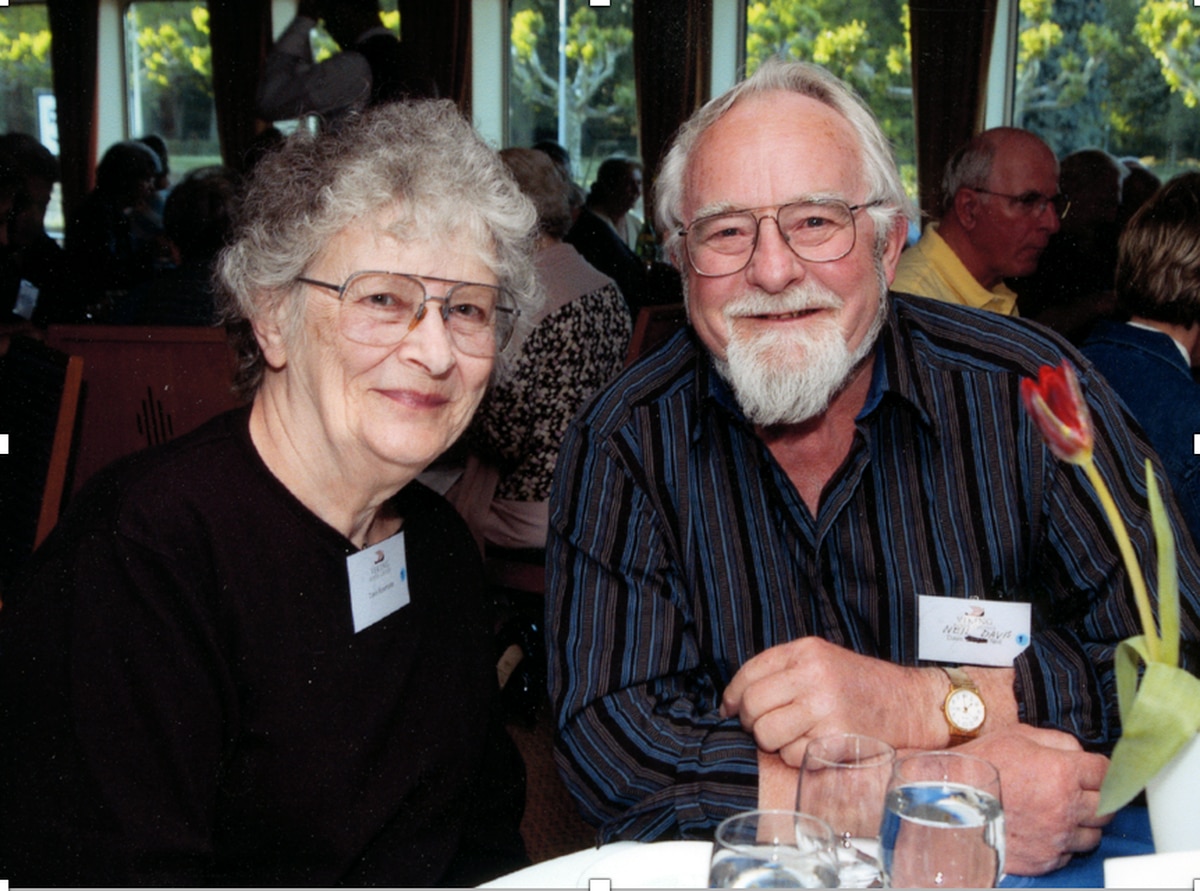 T. Neil Davis has died at 84, in his Fairbanks home.

The scientist/author/doer was a graduate student and later director at the University of Alaska Fairbanks' Geophysical Institute. In the dynamic early days of the place where people study everything from the center of the Earth to the center of the sun, Davis was there.

Whether flying over Lituya Bay to see hillsides scarred to 1,700 feet by the tallest splash wave ever recorded. On the ground in Huslia following another giant earthquake that split the trunks of spruce trees. Enlisting half the Geophysical Institute staff to cut a rocket range out of boreal forest in Chatanika. From there, 300 giant sounding rockets have launched. A half dozen more are scheduled to blast off in early 2017.

Here are a few words from some friends of Davis.

Carla Helfferich, an author, publisher and former employee: "I first met Davis in 1959, when he was first among equals in the hoax- and prank-playing mob of brilliant graduate students in the Geophysical Institute. They worked hard at their research, they studied hard at their class work, and they played hard to let off steam.

Once, exasperated with being caught in one of his scams, his colleagues sought revenge by spiking his pipe tobacco with chopped-up rubber bands. He detected the addition, but smoked the mixture anyhow — during a student gathering, so he could blow the utterly foul smoke in their faces. Or so I heard, but perhaps not from a reliable source: Davis himself.

"Ten years later, I found myself working for him, as the public information officer for the opening of the Poker Flat Research Range. This gave me a great view of how preposterous the whole project was, and a better view of how Davis could pull off what most people would know to be impossible.

The mere idea of a university's operating such a facility was hopeless; it was too expensive, too complex, too dangerous. Davis convinced Keith Mather, the director of the Geophysical Institute at the time, then other university officials, then various funding agencies to back the project.

Then he worked cleverly and tirelessly to pull it off. Working with him was a great privilege, but not always a great pleasure. People who can and do accomplish the impossible can be impatient with the performance of ordinary mortals. He fired me 13 times by actual count during my stint as a spokesperson for the Flat, but was outraged the one time I tried to quit: 'Quit? You can't quit! Who'll do the work?'"

Carl Benson, a Geophysical Institute emeritus professor and glaciologist: "He and (wife) Rosemarie left Pasadena, (California),  (where he was a graduate student at Caltech) with their daughter Patricia as a passenger and son Doug in a box by the heater of their truck as they returned to Fairbanks. Doug was born in Pasadena in 1956 and our daughter, Sonja, was born there in 1957. (The two 'tadpoles' as Neil called them, were married later in Fairbanks).

While I was completing my doctorate, Ruth and I exchanged letters with Neil and Rosemarie, who were always encouraging about our moving to Fairbanks. We remember one of his letters ending with 'are you going to drive up or should I meet you at the airport?'

"The best way to sum it up is to say that Neil was an important presence, anywhere."

Chuck Deehr, emeritus professor at the Geophysical Institute and aurora forecaster: "I was fortunate to have him as my thesis adviser; he was the one who understood so well the special circumstances under which we worked. But even when we were graduate students together, his good humor, massive strength and great wisdom carried us all through a lot of rough spots. We all looked to him as the leader, and that continued for all of our careers.

"To all of us, he was truly a Renaissance man: someone with the strength and wit to accomplish anything we could dream up. He built houses, a rocket range, made auroras, and wrote books about it all. He took us with him on the greatest journey of our lives."

Merritt Helfferich, former Geophysical Institute do-all researcher-technician: "He was an original and innovative thinker, an impish and amusing prankster, a creative, conscientiously excellent scientist and supportive supervisor. T. Neil replaced Keith Mather for a year as director of the Geophysical Institute.

Keith was appointed as vice-chancellor for research, but he didn't move out of his office. Davis, with his eyes sparkling as he pulled off a funny thing, moved a desk into the corridor in front of Keith's office and began doing his work as director from there. Keith got the message and soon moved to another building.

Neal Brown, longtime director of Poker Flat Research Range: "In fall of 1967, when the infamous Fairbanks flood took place, a small war developed between the Red Cross and Salvation Army about who would get what goods from local stores, and the credit, to distribute them. Neil ended up in the middle of a fast-moving problem and organized the institute's faculty and students to work with the U.S. Army to helicopter supplies gathered by the Salvation Army to the old Chapman Building, where they distributed them."

Neil deGrasse Tyson, director of the Hayden Planetarium in New York City: "Met the fellow just once, back in August 2008. At his home in Fairbanks. A close friend of in-laws, he was full of stories about life and journey — as so many Alaskans are. But in Neil's case, his geologic expertise wove its way into each tale, like the threads of intricate tapestries.

I kept thinking 'this guy should write a column.' And sure enough, there it was. A book he would inscribe to me. A hardcover copy of "Alaska Science Nuggets." This compilation of miniessays was written by an acute observer of all we take for granted in nature. Having just learned of his recent death, the book now serves as a memorial to a uniquely active mind with a restless pen attached."

Finally, though I did not know the man well, let me end with this: Because of Davis's fearlessness in jumping into new endeavors, I've enjoyed 20-plus years of following my interests throughout Alaska.

In 1976, at the urging of UAF history professor Claus-M Naske, Davis started this newspaper column of science for nonscientists as a community service. Directors of the institute have funded the column ever since.

After writing hundreds of columns now compiled in "Alaska Science Nuggets," Davis passed off the duty to work on other things in 1982. Seismologist Larry Gedney, meteorologist Sue Ann Bowling, writer Carla Helfferich, a few other people and I have written the column since then. This is number 2,332.

Mine is an unusual job with remarkable freedom. A writer at a San Francisco conference a week ago wondered when I was retiring, because she wants to write the Alaska Science Forum. She is not the first to ask.

A few times, when I saw Neil Davis around town, I went over to remind him of the fun career he invented for me. His dismissive smile and wave was that of a man who accomplished more than almost any of us will.

He struck me as someone who rarely looked back, preferring to look ahead to the next improbable task, the next fun curiosity, the next mystery.