How an Alaska volcano came back to life after an eruption 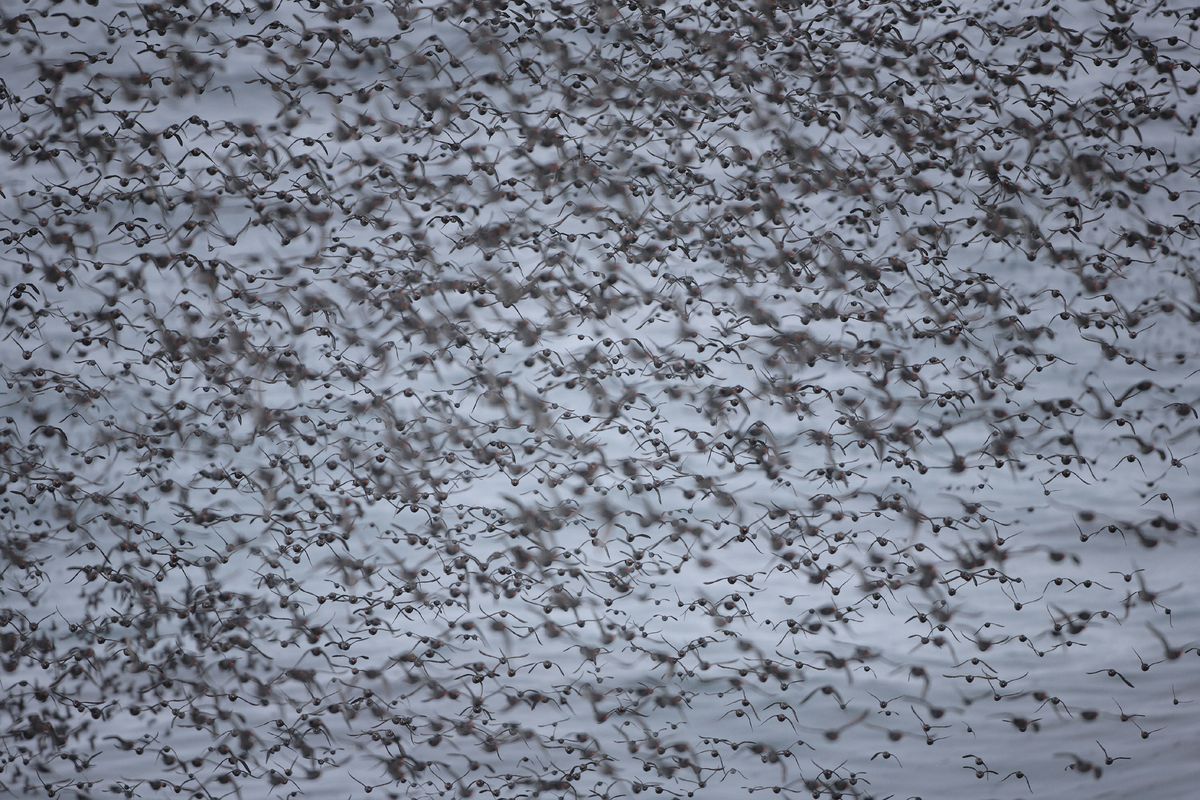 A flock of auklets flying off Buldir Island in the Aleutian chain. (Cornelius Schlawe)

A flock of auklets flying off Buldir Island in the Aleutian chain. (Cornelius Schlawe)

Nine years after it erupted, Kasatochi Island is just beginning to resemble its neighbors.

Kasatochi is a speck in the middle of the Aleutian chain between Dutch Harbor and Adak, about 75 miles east of the latter. The volcanic island had no modern history of erupting until August 2008. In a few days that summer, the island changed from the lush green home of a quarter million seabirds to a gray pile of ash.

Two biologists escaped the island aboard a fishing boat less than one hour before the eruption. The cabin in which they were living disappeared, vaporizing in a hurricane of hot gases and ash.

Following the eruption, Kasatochi seemed dead. Scientists visiting the island one year later searched for one hour before finding the first sprigs of vegetation. A few insects survived the eruption deep within rock folds, but Kasatochi was a quiet place that stunk of sulfur.

The island was muddy and inhospitable, but scientists saw something there: a great opportunity to monitor the return of life to a place that reset itself in a most violent fashion. Studiers of insects, plants, soils and other features have tried to return each summer to document changes.

[With Bogoslof volcano's continuing eruptions, island has tripled in size]

Jeff Williams, assistant refuge manager for the Alaska Maritime National Wildlife Refuge based in Homer, is a biologist who visited Kasatochi many times before it erupted and had his boots in the mud shortly after. He said the island's resurrection is progressing to the point where certain seabirds are perhaps as abundant as they were before the eruption.

The biologists who narrowly escaped Kasatochi — Ray Buchheit and Chris Ford — were there to study auklets as refuge scientists had for years. Auklets are hand-size seabirds that are so numerous on some Aleutian islands they fill the air like pepper flakes swirling on a breeze.

Before the eruption, Kasatochi's rock crevices were home to about 250,000 crested and least auklets.

During the August 2008 eruption, 20 percent of eggs and chicks in the rocks were "entombed," Williams said. Most of the adults, with the reluctant ability to fly from the shaking, crumbling island, survived.

Hot ash blanketed all the cracks where the birds lay eggs. When Williams returned to the gritty island one year after the eruption, he saw auklet foot scratches on the gray surface and a few eggs that had rolled into the water. He estimated nesting success the eruption summer as zero.

But days, weeks and years passed. Aleutian storms gradually washed grit into the ocean, revealing the rocky structure beneath. Columns of basalt tumbled. The cracks reappeared. And, nine years after their habitat was destroyed, so have the auklets.

As the island eroded from smooth to bumpy, the auklets, which spend most of their year in the Bering Sea, were ready.

"The birds were super attuned to really take advantage of that," Williams said. "Lots of birds knew Kasatochi was a good place. It's close to Atka Pass where they forage."

Other birds, like land-dwelling Lapland longspurs, have not returned to the island. And Kasatochi still looks barren compared with any other Aleutian Island except the erupting Bogoslof.

The return of the auklets is one of the first stages of Kasatochi resembling a mature island covered with knee-high grasses.

"The auklet colony kept growing, and you could see it greening up, the algae starting up on the rocks from the birds' feces," Williams said. "They are giving it a nitrogen injection."