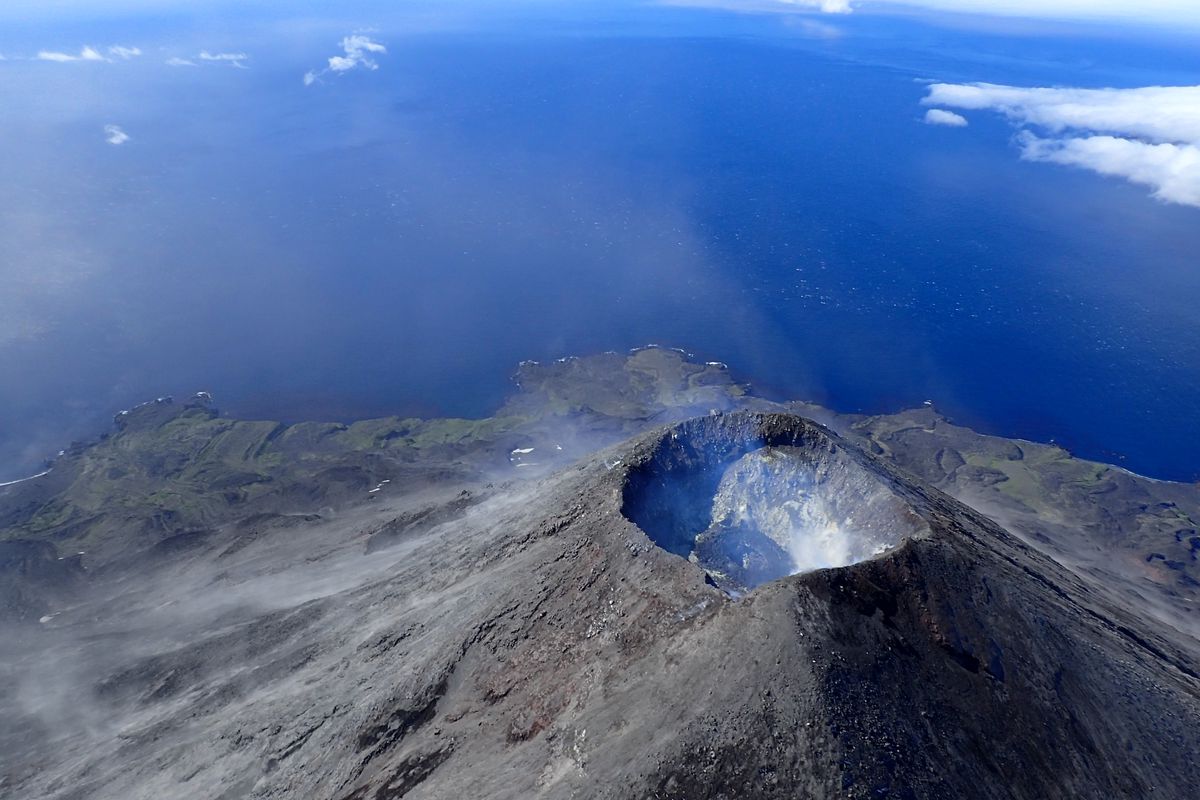 An active volcano in the Aleutian Islands erupted early Wednesday, sending an ash cloud to 20,000 feet above sea level, according to the Alaska Volcano Observatory.

Mount Cleveland, on Chuginadak Island, erupted at 4:20 a.m., the observatory said. The ash cloud from the remote volcano was detected in satellite data and was big enough for the National Weather Service to issue a warning for aircraft up to 20,000 feet above sea level.

Mount Cleveland is about 50 miles west of Nikolski and about 150 miles southwest of Unalaska.

Cleveland erupts frequently, but this event is still notable, according to scientists.

"This is the kind of activity we have seen from Cleveland many, many times now," said John Power, a geophysicist at the volcano observatory.

Most international air traffic flies at a higher elevation, 30,000 feet above sea level.

"The way we like to characterize it is … Cleveland is a very, very remote volcano until you go five miles above it,"  Power said. "Then there (are) a whole lot of people and a whole lot of airplanes there."

The ash cloud moved to the east.

Two seismic monitors on the volcano detected ground movement, but Cleveland is too remote for "a full real-time seismic network," the observatory said. That inhibits the center's ability "to detect unrest that may lead to future activity."