Scientists warn of too many pink salmon in North Pacific 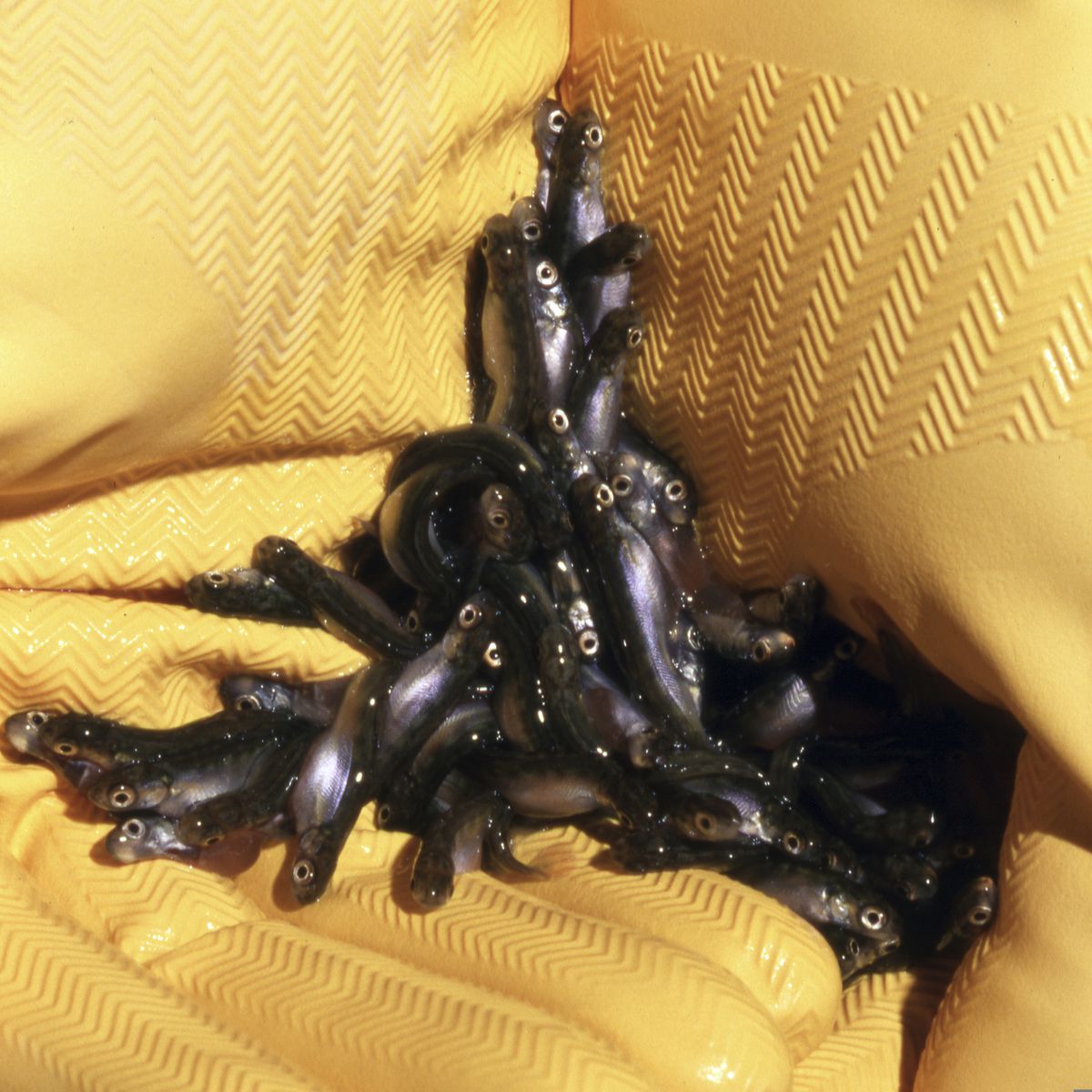 Biological oceanographer Sonia Batten experienced her lightbulb moment on the perils of too many salmon three years ago as she prepared a talk on the most important North Pacific seafood you’ll never see on a plate - zooplankton.

Zooplanktons nourish everything from juvenile salmon to seabirds to giant whales.

But as Batten examined 15 years of data collected by instruments on container ships near the Aleutian Islands, she noticed a trend: zooplankton was abundant in even-number years and less abundant in odd-number years.

Something was stripping a basic building block in the food web every other year. And just one predator fit that profile.

"The only thing that we have in this whole area with an up and down, alternating-year pattern is pink salmon," said Batten of Canada's Marine Biological Association.

Pink salmon are wildly abundant in odd-number years and less abundant in even-number years. They comprise nearly 70 percent of what's now the largest number of salmon populating the North Pacific since last century.

But an increasing number of marine researchers say the voracious eaters are thriving at the expense of higher-value sockeye salmon, seabirds and other species with whom their diet overlaps.

In addition to the flourishing wild populations of pink salmon, Alaska hatcheries release 1.05 billion pink salmon fry annually, part of a total release from all countries of 4.9 billion hatchery salmon into the North Pacific.

"We're putting too many mouths to compete with the wild fish out there," says Nancy Hillstrand, owner of a fish processing company near Homer, Alaska, who has been lobbying Alaska wildlife authorities to reduce hatchery output.

A 2018 study estimated 665 million adult salmon in the North Pacific. Pink salmon dominated at 67%, followed by chums at 20% and sockeye at 13%. Salmon abundance since the late 1970s has been enhanced by favorable ocean conditions but hatcheries account for 15% of the pinks, 60% of the chums and 4% of the sockeyes.

State regulators say they have no evidence that the ocean has reached its carrying capacity for hatchery fish, which rewarded Alaska commercial fishermen with sales averaging $120 million for 2012 through 2017. They are loath to seek a reduction in hatchery output because of the economic, societal and cultural value of the fish.

"The program has been successful and continues to provide benefit to Alaskans," said Bill Templin, chief fisheries scientist for the Alaska Department of Fish and Game.

But scientists who don't have a connection to the department take a different view.

Alan Springer, professor emeritus at the Marine Science Institute at the University of Alaska Fairbanks, sees detrimental effects in seabirds whose diets overlap with pink salmon.

"There's a finite amount of what they eat out there," he said.

Springer co-wrote a 2014 paper published in the Proceedings of the National Academy of Sciences that noted reproduction of tufted puffins and kittiwakes nosedives in years of pink salmon abundance.

A 2018 paper in the same journal linked years of abundant pink salmon with mass mortalities of short-tailed shearwaters.

"We looked for other potential drivers in the environment," Springer said. "We couldn't find any."

Greg Ruggerone, president of Natural Resources Consultants in Seattle, began analyzing pink salmon interactions with sockeye salmon in 2009 when the sockeye population collapsed in British Columbia’s Fraser River. Sockeye returns fell when pink salmon were abundant, he said, and the sockeye were 1 pound smaller in those years.

The results, Ruggerone said, suggest "there is this link between sockeye salmon and pink salmon related to competition for food."

A University of Washington study published in Nature Ecology & Evolution concluded that climate warming is creating favorable conditions for sockeye leaving in freshwater for Alaska's Bristol Bay, allowing them to grow faster in lakes and leave for the ocean after one year instead of two, said lead author Timothy Cline.

However, competition from wild and hatchery salmon - both pinks and chums released by Japan - delayed sockeye maturation and kept them in saltwater an extra year.

"There's pretty consistent evidence coming out in the last decade that we are at or near that carrying capacity and it's starting to have impacts on growth and survival of salmon all over," he said.

The state of Alaska is nearing the end of a 12-year study looking at the proportions of hatchery fish that swim into streams, said Templin, chief fisheries scientist.

The state is not studying whether hatchery pink salmon are thriving at the expense of sockeye, Chinook salmon, seabirds or other ocean residents, he said, noting that correlations do not indicate causes.

Changing ocean conditions may affect various species differently and make one of them better able to survive, Templin said. He's not ready to recommend a reduction in hatchery output because of the economic, societal and cultural value of hatchery fish.

Ruggerone would like to see rigorous debate on the pros and cons of releasing billions of hatchery salmon, especially pinks.

"There's really no other species in the ocean that we are aware of that we have data that can explain these biennial patterns that we see," he said.

If it's not pink salmon causing problems in other species, Springer said, state scientists should suggest what is.

“We’re not making this stuff up,” he added.

NOTE: In an earlier version of this article, The Associated Press reported erroneously that Alaska salmon hatcheries release 1.8 billion pink salmon fry annually. Total Alaska hatchery releases of all salmon and rainbow trout in 2018 was 1.8 billion fish, with pink salmon accounting for more than 1.05 billion.