When biologists stocked a deer-heavy Southeast Alaska island with wolves 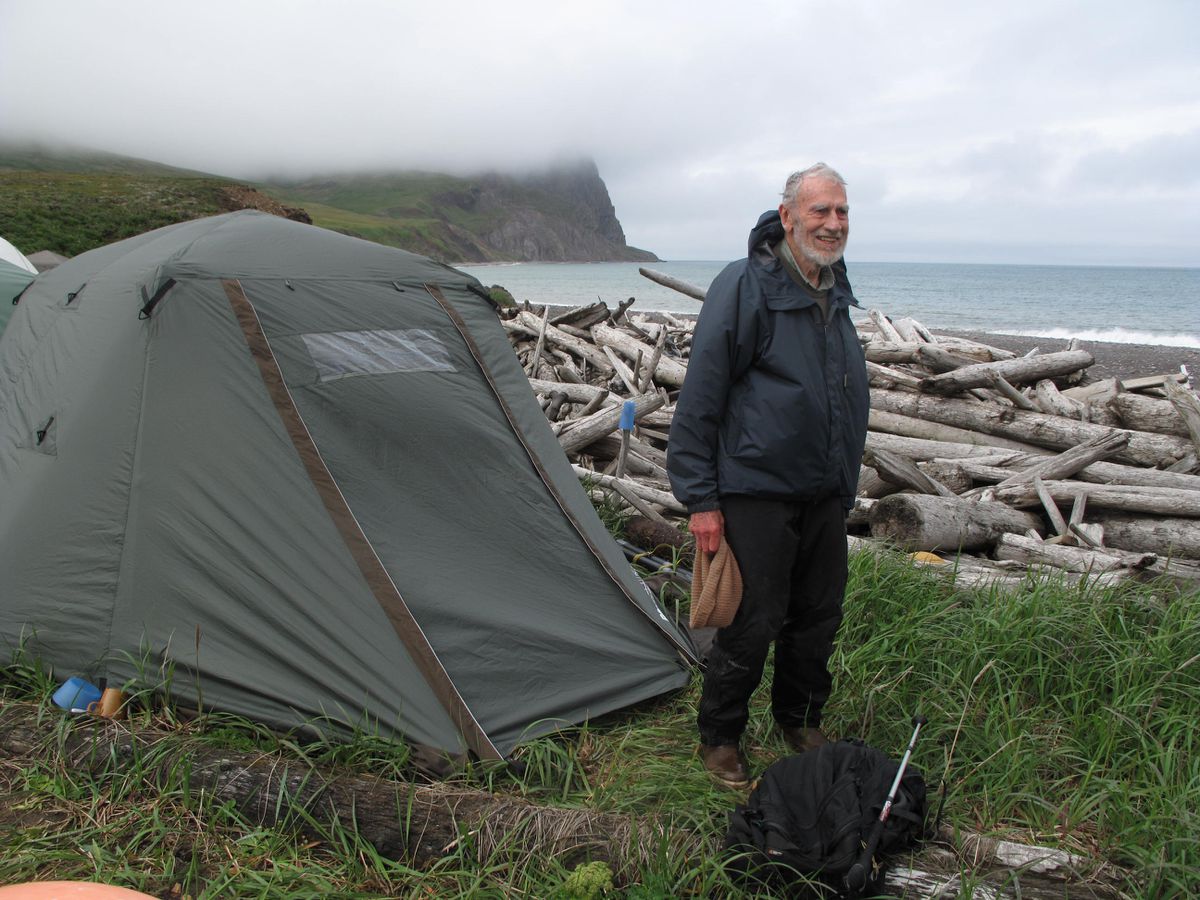 Alaska had been a state for one year in 1960 when its Department of Fish and Game conducted a wolf-planting experiment on Coronation Island in Southeast Alaska. At the time, the remote 45-square-mile island exposed to the open Pacific had a high density of black-tailed deer and no wolves. That summer, biologists from Fish and Game released two pairs of wolves on the island.

The experiment was the only wolf-stocking effort undertaken in Alaska and probably worldwide at that time, said Dave Klein, a professor emeritus with the University of Alaska’s Institute of Arctic Biology. Klein, who had studied deer on the island for his doctoral thesis, helped the state make the decision to transplant wolves on Coronation Island.

“Alaska had just become a state and you had a brand-new Department of Fish and Game staffed with young biologists who wanted to do things based on biology rather than a mix of politics and science. It’d be much more difficult to do it now.”

Fish and Game biologists released two male and two female wolves at Egg Harbor on Coronation Island. Before they left, the researchers shot five deer to provide food for the wolves.

Biologist Paul Garceau visited the island the next May and found tracks, deer remains and wolf scats containing deer hair and bones, showing that the wolves had adapted to life on the island.

Two months later, a commercial fisherman shot the two adult female wolves, but Garceau saw tracks of wolf pups on the island when he returned later that summer, indicating that the females had given birth before they died, and the pups had survived.

In 1964, Alaska Department of Fish and Game biologist Harry Merriam explored the island for eight days and saw 11 adult wolves and the tracks of two pups. He estimated that at least 13 wolves lived on the island and three litters of young had been born since the first wolves had arrived.

The following summer, in 1965, Merriam spent 10 days on the island, seeing wolf tracks on all the beaches. He saw no sign of deer on the north side of the island, but found deer tracks on the steep slopes of the island’s south side, where rough terrain and dense brush may have provided the best chance for deer to escape wolves.

In February 1966, Merriam saw only three wolves on the island, and their tracks suggested they were the only wolves left. He examined more than 100 wolf scats; six of those contained wolf remains only, suggesting the animals had resorted to cannibalism. Deer remains in the scats were less than one half of the previous spring; fragments of birds, seals, sea creatures and small mammals constituted the rest.

In August 1966, Merriam and his partners collected seven wolf scats, compared to 201 one year before. They found just three sets of fresh deer tracks.

By 1968, one wolf remained on the island. Biologists who inventoried the island’s animals in 1983 found no evidence of wolves, but the deer were once again plentiful.

Alaska’s only wolf-stocking experiment taught biologists the importance of habitat size (they concluded that a 45-square-mile island was too small for both deer and wolves). The study also showed how many factors play into the dynamics of a wild animal population, which is a point Klein said many people miss in arguments about wolf control.

“The relationship between wolves and their prey is very complex,” he said. “Sometimes wolves are the key predators of caribou or moose, sometimes bears. Sometimes severe weather is the main factor, sometimes food availability.

“The main problem with these kinds of controversies is people are unwilling to look at the complexity of the ecosystems involved. Things are not simple in nature.”

Klein, with writer and researcher Karen Brewster, recently finished “The Making of an Ecologist: My Career in Alaska Wildlife Management and Conservation.” The book is now available through the University of Alaska Press.