Thermometers are at work everywhere in cold-conscious Alaska 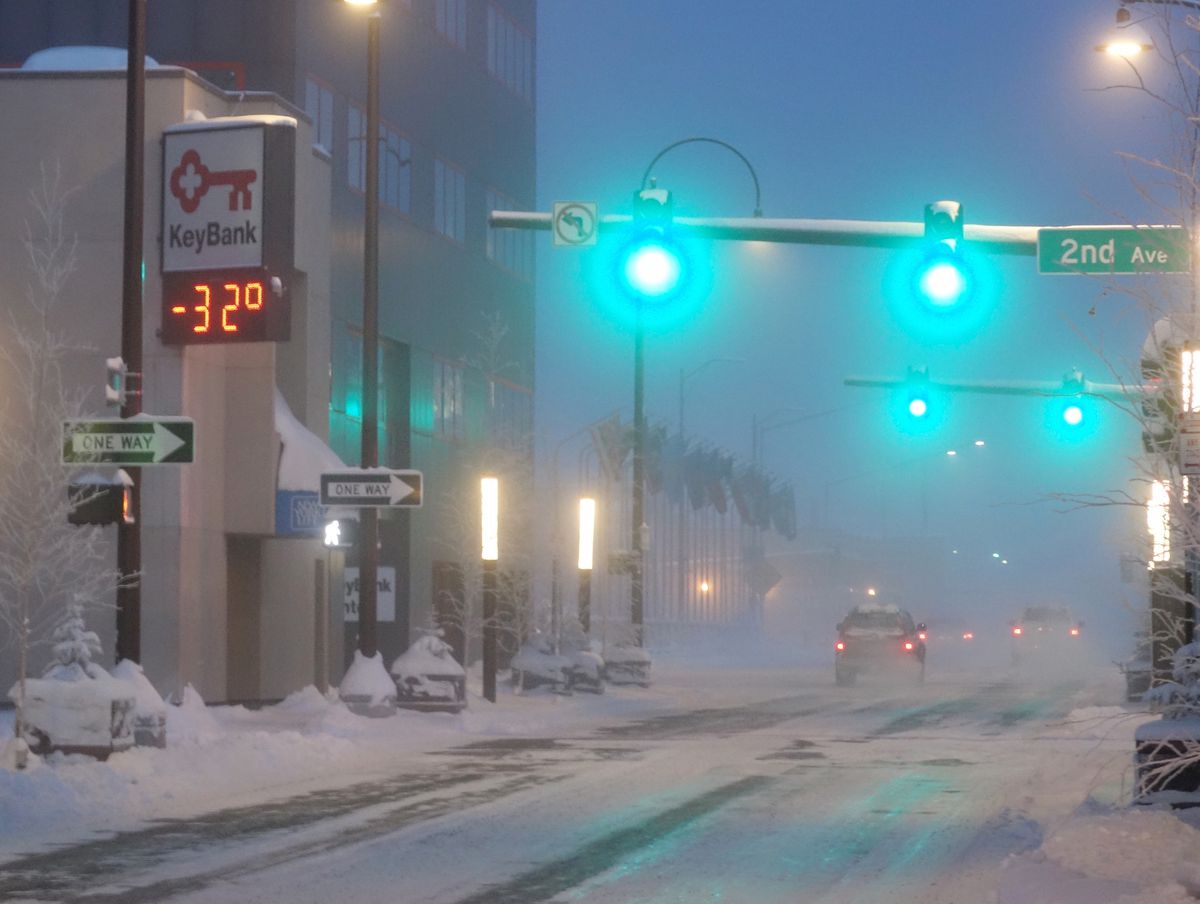 Downtown Fairbanks, Alaska, on a cold day in January 2017.

Downtown Fairbanks, Alaska, on a cold day in January 2017.

Every Alaskan owns at least one version of a sensitive scientific instrument: the thermometer. But what is it measuring?

Because hot and cold are relative terms, sometimes our senses can’t be trusted to tell us the difference. For example, a tub of ice water will feel warm if you stick your foot in it after walking barefoot at 40 below.

Real hot and cold can be thought of as a measurement of motion: the temperature of water, air, motor oil or any other substance is a measure of the average speed of molecules and atoms within the substance. The faster the molecules are bumping around, the higher the temperature.

If we had a freezer capable of cooling air to -459 degrees Fahrenheit, for example, the oxygen, nitrogen and hydrogen molecules within air would theoretically stop moving. This point, known as absolute zero, is the starting point of the Kelvin scale, which was named after Lord Kelvin, a British scientist who lived from 1824 to 1907.

The Kelvin scale is useful for temperature measurements in space. The average temperature of the universe is about 2.7 Kelvins, or -454.8 degrees Fahrenheit. Temperatures on Earth are much higher because of several factors: the sun’s warmth, the ability of Earth’s surface to absorb solar radiation, and the heat-trapping effects of the atmosphere, a thirty-mile shell of gases.

Because Earth is tilted on its axis, the north and south poles lean away from direct sunlight for much of the year. Although we northerners tend to talk tough about our cold snaps, those on the other end of the globe feel greater extremes. The coldest temperature ever measured was -129 degrees Fahrenheit, at Vostok, a Russian scientific station in Antarctica, on July 21, 1983.

The lowest temperature recorded this side of the equator, -90 degrees F, was recorded at Verkhoyansk, Russia. Closer to home, Snag, a lonely outpost in the Yukon Territory, holds the North American cold record with a reading of -81 F on Feb. 3, 1947.

That just nips Alaska’s coldest official temperature, a -80 F felt at Prospect Creek off the Dalton Highway north of the Yukon River on Jan. 23, 1971.

Now that you are chilled with thoughts of Alaska’s air molecules at their most sluggish, a warmer thought: the official highest temperature for Hawaii is identical to Alaska’s highest. Thermometers in Fort Yukon (in 1915) and Pahala, Hawaii (in 1931), reached the same high temperature, a level that hasn’t been reached in Alaska since — 100 degrees F.