Look up, Alaska. This week’s aurora forecast is promising. 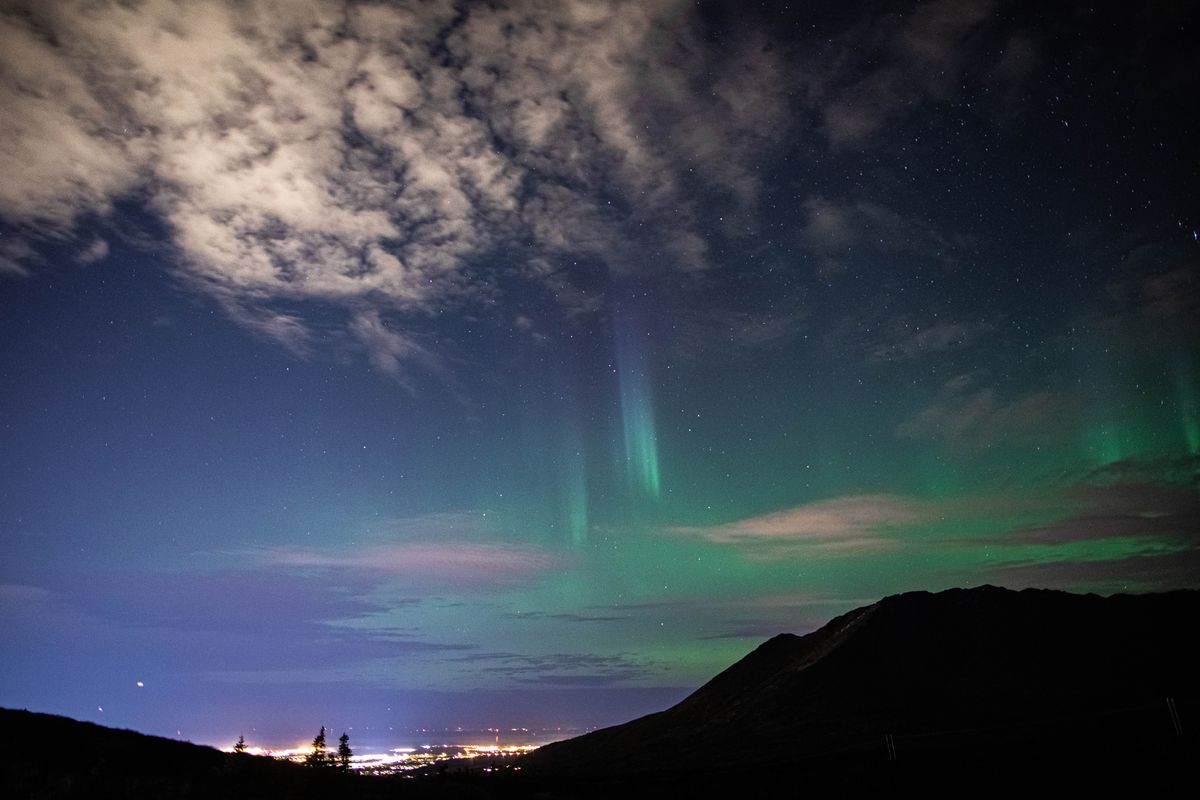 The skies above much of Alaska could be filled with the northern lights on Wednesday and Thursday — that is, if the clouds clear.

Both nights offer opportunities to view the aurora from Utqiagvik to Anchorage, and as far south as Juneau, according to the The University of Alaska Fairbanks Geophysical Institute’s Aurora Forecast. Those in the southern region of the state, from King Salmon to Ketchikan, might also catch the aurora low on the horizon.

For Anchorage, however, the partly cloudy forecast could get in the way of seeing the full aurora on Wednesday evening.

“It’s just not going to be perfect viewing,” said Jason Ahsenmacher, a meteorologist at the National Weather Service in Anchorage. “It’s not going to be completely clear out.”

But that could change. By midnight on Thursday and on into the early hours of Friday morning, the clouds are supposed to clear, Ahsenmacher said.

Friday night is projected to be the clearest and coldest, he said. The aurora will be most easily visible overhead from Utqiagvik to as far south as Talkeetna, and low on the horizon in Anchorage, according to the forecast.

Editor’s note: This story has been edited for clarity. On Thursday and Friday, the aurora is projected to be visible low on the horizon from Anchorage.