We have been grounded, but migrating birds have not 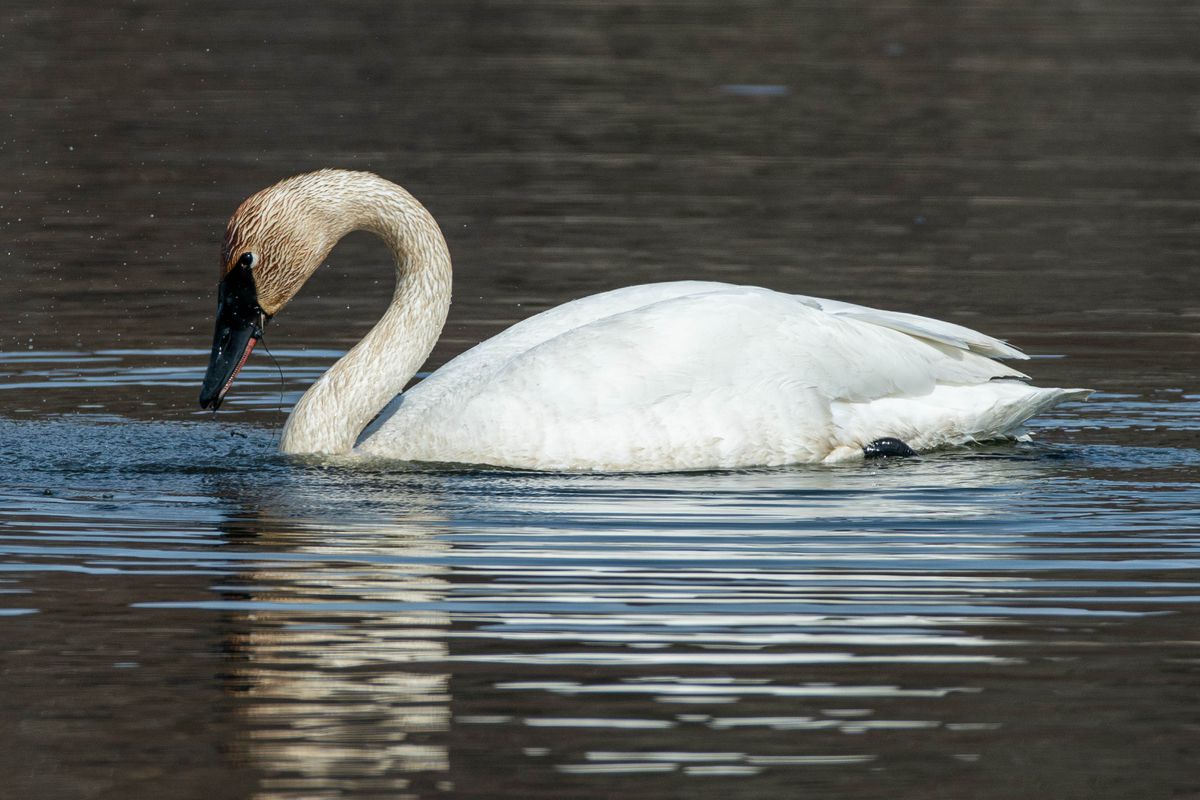 It was the first weekend in May, and Alaskans were getting out. Emboldened by words from the governor to get outside, or more likely their desires to escape the house, people were driving south on the Richardson Highway from Fairbanks.

At the same time, far greater numbers of beating hearts were headed the opposite direction — northward — touching down on lakes or tree branches near the highway. Spring bird migration was on.

With my daughter, bird-biologist wife and two dogs, I found myself immersed in a natural cycle that is again, reassuringly, repeating itself.

Our first clue that we had hit a special time of year was a pair of mew gulls, swooping through a North Pole parking lot crowded with cars and trucks.

Those gulls will soon not get a second look, but there and then they struck me as gorgeous — smooth, snow-white bodies with slate-gray wings, wingtips dipped in ink. The birds may have reached the Safeway parking lot that day from a winter of bobbing on the Gulf of Alaska, near the pyramid of Mount Saint Elias.

The next day, from an Alaska Range cabin, we turned our eyes upward at the sound of trumpets. There, backlit by the rising sun, were two dozen swans — each as large as a Thanksgiving turkey — winging their way into Alaska.

The trumpeter swans, the final birds to leave the state last fall, were perhaps recently fattening up in farmers’ fields of Saskatchewan. Scientists who tracked tundra swans once found that two groups of birds leaving Alaska — some wintering on the East Coast of the U.S. and some on the West Coast — both touched down in Saskatchewan before continuing their migrations.

The Alaska-returning swans would soon touch down in the wetlands near Delta Junction, with some mated pairs finding a pothole lake for the summer. Most, though, would rest there a bit and then fly all the way to the wetlands of Northwest Alaska, maybe just off the willow shorelines of the Kobuk or Noatak rivers. Or perhaps to quiet marshes in Cold Bay, the Yukon-Kuskokwim Delta or the Colville River.

The next day, we headed onto Fort Greely lands, for which we had recreational permits. There, we found Denali Park East, with appearances by bison, moose, caribou, hares, porcupine, ground squirrels and wood frogs.

At a stop for lunch and Wiffle ball, we heard the prehistoric croaks of sandhill cranes. It took a bit of squinting to find them, high in the blue sky. Those giant, stork-like birds looked like airborne flakes of ground pepper.

Hundreds of the birds were “kettling,” swirling in a tornado of gray and tan bodies. Up, up and up. It seemed like they were miles overhead. Kettling may be a way for the migrating group to ascend quickly on updrafts, though it sure looked like play.

Cranes have been circling above Alaska for a long time, rising above mammoths and American lions that once roamed the grasslands. The oldest sandhill crane fossil, found in Florida, dates back 2.5 million years.

After hearing just a few songbirds the day before, they materialized by the dozens in the spruce and poplars on our second morning, near the floodplain of the Delta River.

First was the big voice of one of the smallest birds, a thumb-size ruby-crowned kinglet. His high-pitched stutter (only the males sing) was the voice of an old friend. I remembered seeing a kinglet in a shrub located in the Chisos Mountains of Big Bend National Park last December, and imagined this was the same one.

Now, it would be difficult for me to return to where I saw that kinglet perched on a juniper branch in 2019. The birds have no such barriers to instinctual movement.

Their return — especially after a winter during which Alaska was a cold blue thumb on red temperature maps of North America — makes me happy. When you add in the early weirdness of 2020, the chime of the varied thrush that wintered in the Oregon rainforest is even more comforting.