A massive landslide-caused tsunami could hit Prince William Sound in the next year, scientists warn 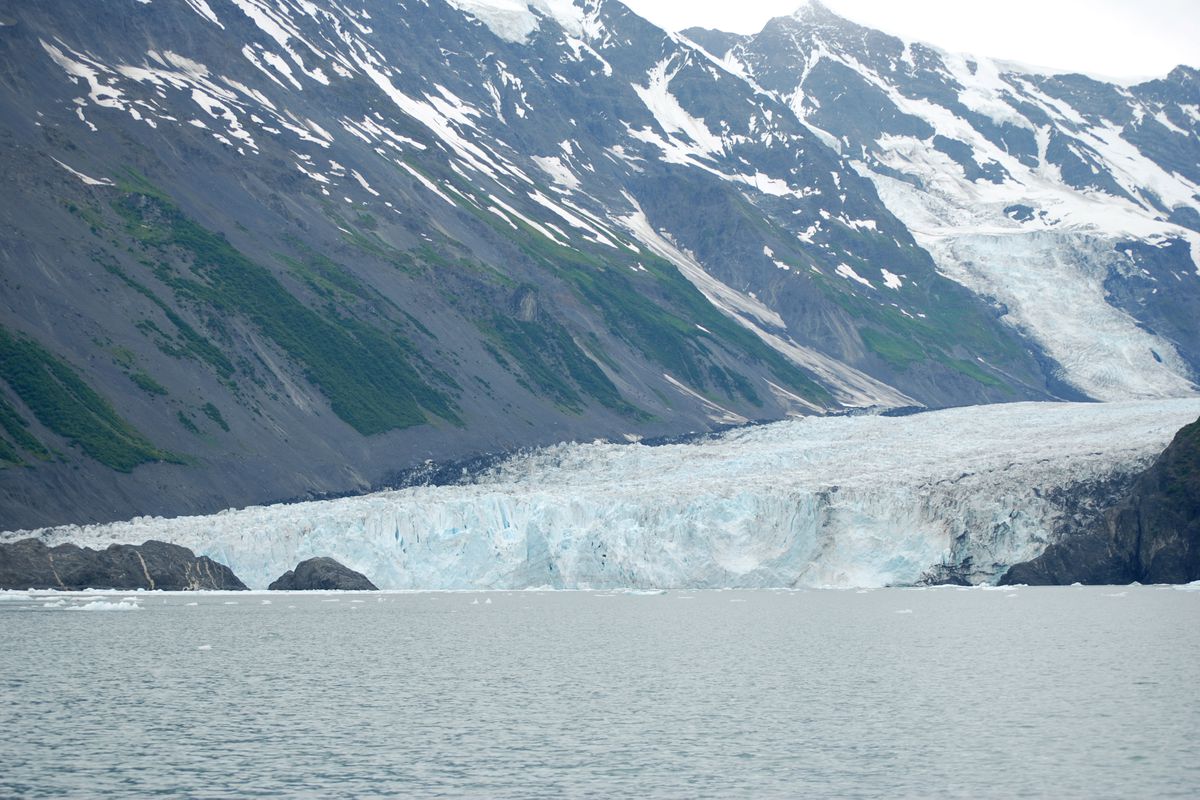 A landslide in Prince William Sound could trigger a large tsunami in an area sometimes frequented by hundreds of fishermen and recreational boaters, scientists and state officials said Thursday.

A public letter signed by several scientists warns it’s possible that the landslide and tsunami could happen “within the next year, and likely within 20 years,” and detailed potentially devastating effects.

The scientists say an unstable slope sitting above Barry Glacier in Barry Arm, about 60 miles east of Anchorage, could slide into the water below — impacting tourists, fishermen and hunters, and potentially leading to a 30-foot wave reaching Whittier, the letter said. The danger is heightened as the glacier recedes below.

The glacier’s retreat “could release millions of tons of rock into the Harriman Fiord, triggering a tsunami at least as large as some of the largest in the state’s recorded history,” according to a statement from the Alaska Division of Geological and Geophysical Surveys.

After receiving the information, the Alaska Department of Natural Resources and the state Department of Fish and Game said the agencies “strongly recommend people avoid all the identified danger zones until the hazards can be adequately understood and characterized.”

According to the state, in summer, “as many as 500 people may be in the area at one time, and at risk from a landslide-induced tsunami.”

The newly discovered landslide is moving slowly right now, said Anna Liljedahl, an associate scientist with the Woods Hole Research Center. Liljedahl is one of the scientists who worked on the new research.

But that could change, she said. And the unstable slope could begin to move fast, so fast it might crash suddenly into the water below, forcing a massive wave nearly 1,000 feet in height.

The research has not been through the standard peer-review process, Liljedahl said, because the scientists felt they needed to get the information to the public swiftly. Peer review can take months, and they didn’t want to wait. One of the researchers involved is writing a manuscript that they plan on submitting in about a month.

“We wanted to let the public know that there is a chance that this landslide might fail catastrophically," Liljedahl said. “There’s also a chance that it might not.”

The glacier is about 30 air miles from Whittier. The tsunami wouldn’t have a direct line to Whittier, and its energy would dissipate somewhat before reaching the town, said Dave Dickason, Whittier’s mayor.

“It’s concerning, but it’s not concerning enough to cause us to evacuate the city of Whittier at this time,” said Dickason.

With its higher elevation, the 14-story Begich Towers building — where most Whittier residents live — should be safe, he said. Still, a 30-foot wall of water would damage the waterfront, home to a hotel and shops.

Those are the worst-case scenarios, Liljedahl said.

“This landslide could just creep on and take it easy for another couple of decades,” she said.

But especially as the supportive glacier below continues to retreat amid a warming climate, scientists are concerned that heavy rainfall or rapid snowmelt and thawing permafrost could make things slide quickly — with more water in the ground acting as a lubricant. Earthquakes could also cause the slide to move quickly down into the water, she said.

People hoping to visit Whittier should be “well-advised” of the risk there, said Ronnie Daanen, a geohydrologist with the state geological division.

“This landslide has been moving for a few years, and it hasn’t gone down yet,” he said. “So we can’t say, ‘Don’t go to Whittier.’ But it could happen.”

State officials are weighing the same concerns, he said.

“We have to go in there and measure the ground that will potentially fail," Daanen said. "We’ll have a helicopter close by, so we’ll be relatively safe.”

The state, working with other agencies, hopes to install equipment to monitor the landslide’s movement and weather conditions.

The federal tsunami system near Whittier will have to be improved to detect a tsunami coming from Barry Arm, rather than the ocean, Daanen said.

“Whittier is lucky in the sense that if it happens, they have 20 minutes” to get to higher ground, he said.

Whittier residents on Thursday were still absorbing the scientists’ warning.

“Oh my God,” said Kelly Bender, an owner of Lazy Otter Charters, as she learned about the news.

The Whittier-based company takes sightseers, kayakers and campers to the area, passing Barry Glacier to head up the fjord.

With COVID-19 restrictions halting most tourism, it’s already been a tough season of canceled reservations, she said.

“That’s all we need right now,” she said.

She said she did not know how the company would respond, though there are other stunning sites in Prince William Sound to visit.

“We’ll have to reevaluate where we go,” she said.

She and her husband live in the company’s shop at the harbor, so the personal threat is also worrisome, she said.

“The idea of a tsunami in Prince William Sound, Whittier knows that history, so that’s spooky,” she said.

Tsunamis generated by the 1964 Good Friday earthquake ravaged towns in Prince William Sound and beyond, killing more than 100 people including 13 in Whittier, according to historical accounts.

Jim Hunt, Whittier city manager, said Thursday evening he hadn’t received any notice from the state or federal government about the potential landslide and tsunami.

“There’s some hair sticking up on the back of my neck right now,” he said. “I’ve dealt with a lot of emergencies and warnings, and to not be fully informed is a little nerve-wracking.”

“We’ll have to take a long hard look to see if there’s a clear and present danger, and establish the threat level and see what we need to be aware of,” he said.