Why is cold tolerance so unique to each individual? 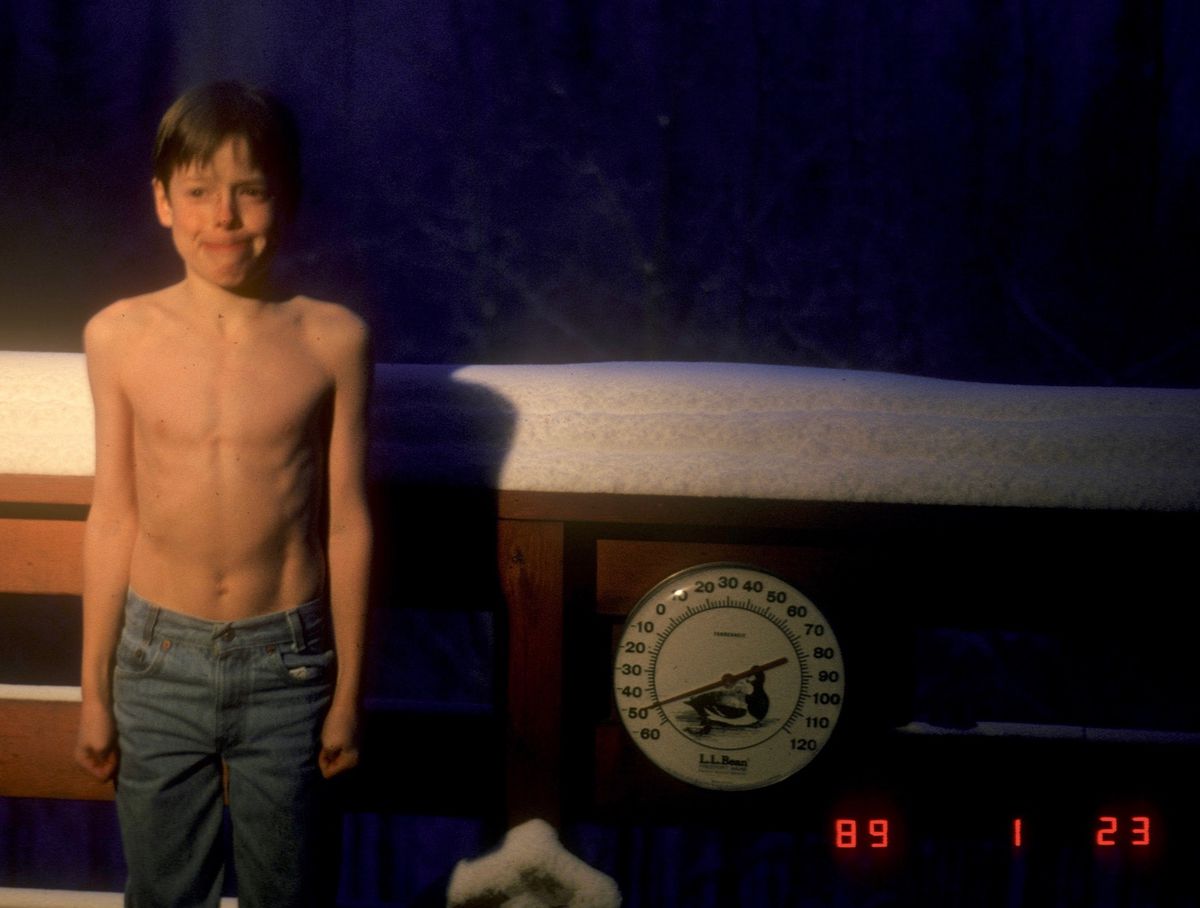 A 9-year-old Carl Tape — now a seismologist at UAF’s Geophysical Institute — poses beside a thermometer registering 50 below zero Fahrenheit during a Fairbanks cold snap in January 1989. (Photo by Walt Tape)

A 9-year-old Carl Tape — now a seismologist at UAF’s Geophysical Institute — poses beside a thermometer registering 50 below zero Fahrenheit during a Fairbanks cold snap in January 1989. (Photo by Walt Tape)

This message once came from the grandfather of 5-year-old Ben, who lived near Inverness, Scotland:

“Even in winter he will rapidly strip off and often plays in a sleeveless vest while others still have a shirt and woolly jumper on. He appears to be always warm.”

Ben, it seemed, had a remarkable tolerance for cold. His grandfather, Ged Church, was looking for answers, because Ben became distressed when he was overheated and “we would like to have a sensible chat with his teachers about it,” Church said.

There’s no doubt, some people run hotter than others. But what makes a person more tolerant of the cold? The size and shape of one’s body makes a difference, according to Jacques LeBlanc, a researcher at Laval University in Quebec.

Children lose more heat to their environment than do adults per unit of body weight, LeBlanc wrote in “Man in the Cold.”

Because body fat is more of an insulator than muscle, people with more fat just beneath the skin should have greater cold tolerance than skinny people.

“Shivering,” LeBlanc wrote, “is much more pronounced in thin persons.”

Shivering is a normal reaction by which the body warms itself, but the act is energy consumptive. People who seem best adapted to cold — Australian Aborigines and Kalahari Bushmen who sleep at night with no blankets — shivered much less than the Western researchers who studied them.

This lack of shivering was sort of an overnight torpor accomplished by the Bushmen, LeBlanc wrote. Few other groups of people seemed to use the tactic, not even groups of far northerners, who researchers found had no exceptional cold tolerance, probably because they had developed such good clothing.

“For my part, I have never seen an Eskimo shivering,” LeBlanc wrote.

LeBlanc did much of his research in the 1960s and 1970s, but in 2003 he wrote a paper in which he looked at the psychological aspect of human cold tolerance. The physiological reasons were still mysterious, despite military and other researchers spending many hours on who could best endure the cold, and why.

LeBlanc wanted to find out if someone’s personality could play a part in his or her reaction to cold. After giving 20 young adults a personality test, he exposed them to a temperature of 50 degrees Fahrenheit for 90 minutes while they wore only shorts and a shirt.

During that time, LeBlanc recorded their skin temperature, their oxygen consumption and their discomfort rating.

He found a significant link between neuroticism and cold tolerance — people who were moody and worrisome shivered less than people with sunnier personalities.

LeBlanc came up with a hypothesis that has to do with skin temperature. The neurotic people in his experiment showed just a slight rise in skin temperature in response to cool air, compared to a large rise for the confident extroverts in his group.

A slower rise in skin temperature could be an indicator of earlier constriction of blood vessels, which would conserve heat, according to LeBlanc.

“It may be that upon exposure to cold, greater arousal of the autonomic nervous system took place,” he wrote. “Neurotics, by nature, are more often disturbed by . . . disruption in their daily activity.”