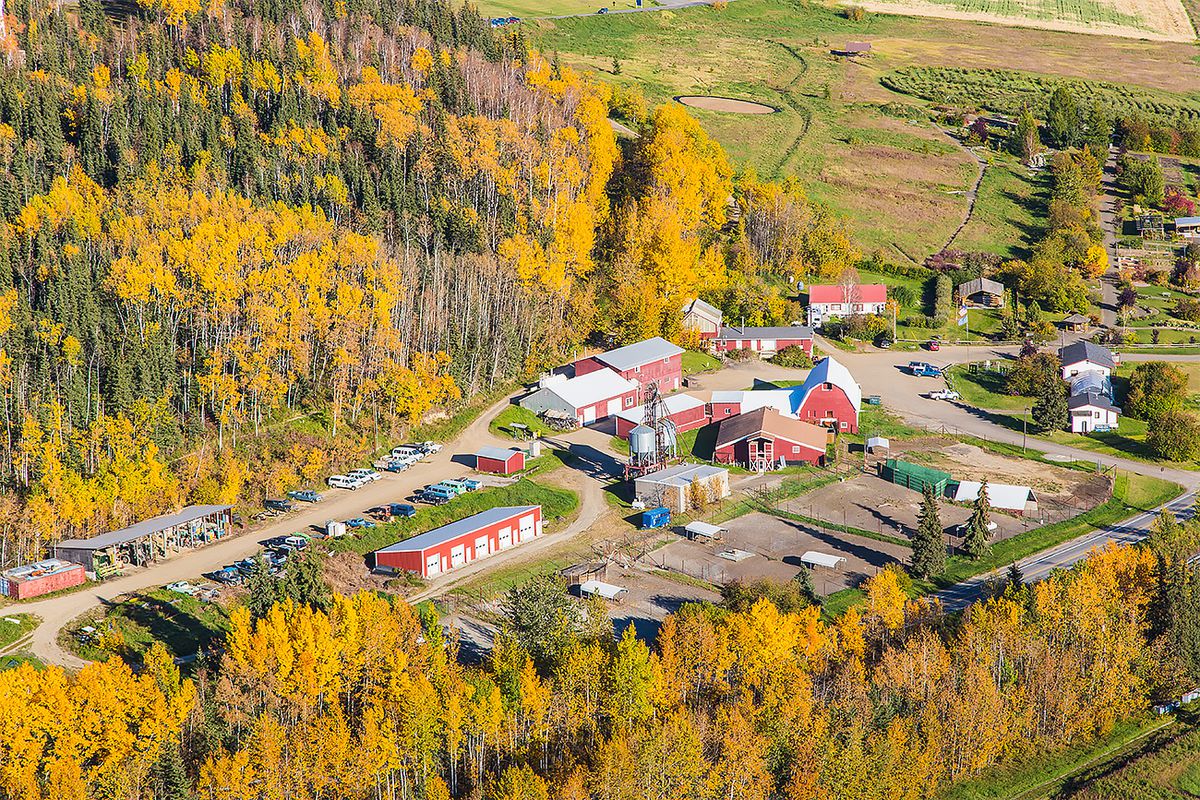 More than 100 years ago, a man traveled north on a mission most people thought was ridiculous — to see if crops would grow in the frozen wasteland known as the Territory of Alaska.

That man, Charles C. Georgeson, was a special agent in charge of the United States Agricultural Experiment Stations. The secretary of agriculture charged Georgeson with the task of finding out if crops and farm animals could survive in the mysterious land acquired just 21 years earlier from the Russians.

When he landed at Sitka 100 years ago, Georgeson set in motion agricultural studies that are still carried on today at the University of Alaska Fairbanks’ Agricultural and Forestry Experiment Station.

Georgeson, a Danish immigrant, was not a man easily discouraged.

In 1898, the experimental station site in Sitka was in the middle of a swamp. Until he could clear and drain the land, he borrowed patches of land from Sitka settlers, as he explained in an interview in Sunset magazine in 1928.

“My plots were scattered all over the village and having insecure fences, or no fences at all, the local boys, cows, pigs and tame rabbits rollicked joyously through them,” he said. “The seeds came up to become the playthings of diabolical ravens, who, with almost human malice, pulled up the little plants merely to inspect their other ends.”

From this shaky start came the federal government’s discovery that crops could indeed survive in the far north, some better than others.

Georgeson quickly helped establish other experimental stations: a Kodiak station in 1898, one at Rampart on the Yukon River in 1900, and another at Copper Center in 1903. The final three stations were at Fairbanks station, which opened in 1906, the Matanuska farm station, established nine years later, and the Palmer Research Center, which opened in 1948.

Federal interest in Alaska agriculture waned during World War I and the Great Depression. By 1932, the agricultural stations at Sitka, Kenai, Rampart, Kodiak and Copper Center had all closed despite some success (for example: grain and potatoes did well at Rampart; the Sitka hybrid strawberry is among the hardiest of all breeds; and cattle and sheep thrived at the Kodiak station until the eruption of Novarupta volcano in 1912 coated the pastures with up to 18 inches of ash).

The Fairbanks and Matanuska stations have endured. Horticulturists and animal breeders today carry on the same type of experiments Georgeson did 100 years ago, finding species of plants and animals capable of adapting to the Far North’s extremes in day length and temperature.

From crossbreeding studies came first the Sitka hybrid strawberry, developed by Georgeson in 1907. Agriculture and Forestry Experiment Station researchers have bred a few dozen other varieties that thrive in the north, including the Alaska frostless potato (1970, in the Matanuska Valley), Yukon chief corn (1974, in Fairbanks) and the Toklat strawberry (1976, in Fairbanks).

Today, Alaska-grown crops and animals account for less than 10% of what Alaskans consume. But the potential for more is here. Crops and animals do well in some areas of Alaska, such as the Tanana and Matanuska valleys. Someday it may not be cheaper to import foods from outside Alaska. Maybe then Georgeson’s dream of Alaska as an agricultural state will be realized.