Finding the great earthquake of 1900 near Kodiak 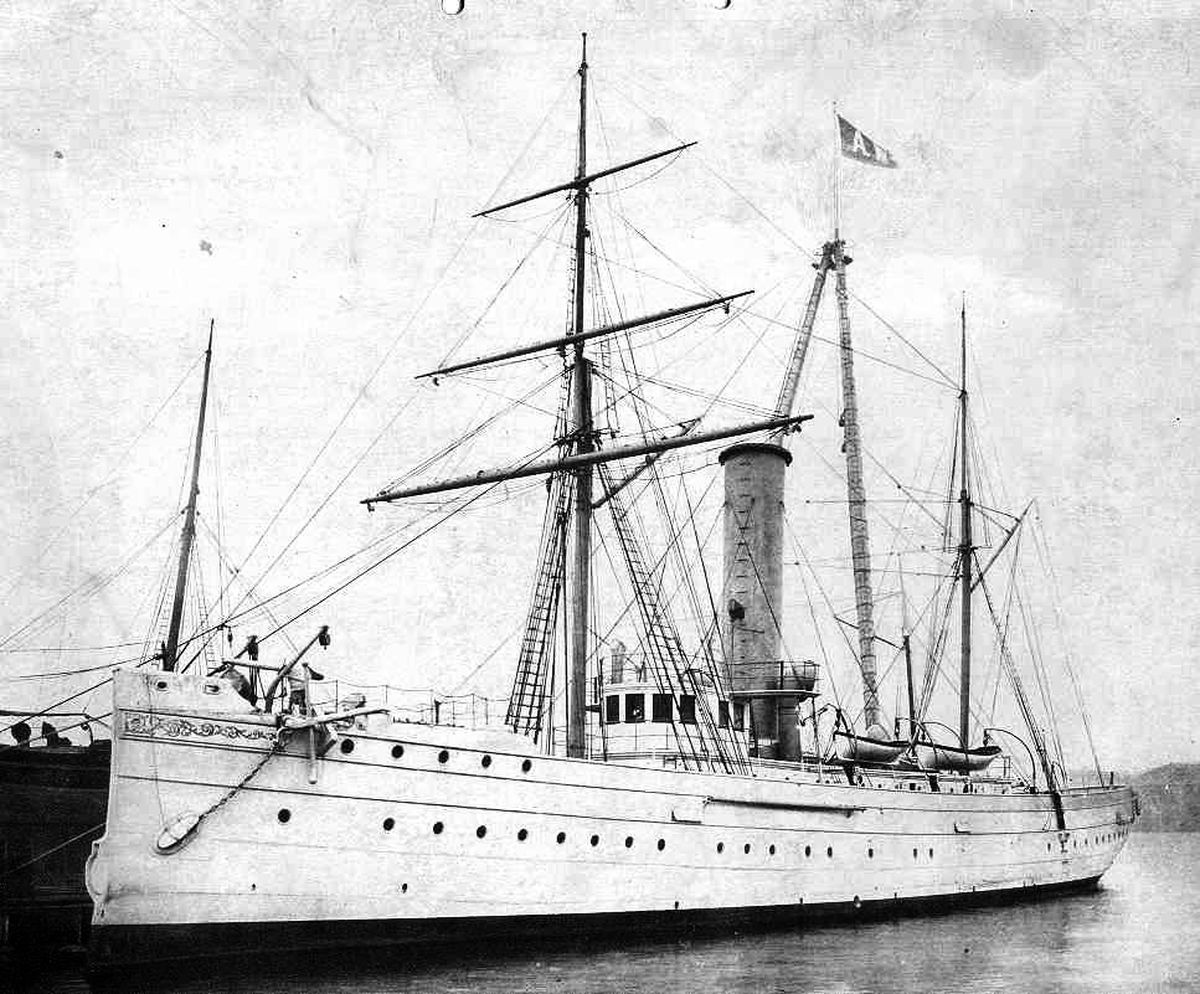 The U.S. Revenue Cutter Manning, pictured here in 1898, was in Kodiak Harbor during the great earthquake of 1900. (Public domain photo)

The U.S. Revenue Cutter Manning, pictured here in 1898, was in Kodiak Harbor during the great earthquake of 1900. (Public domain photo)

In 1900, Alaska was home to Native people in scattered villages and camps and recently arrived miners who scraped the creeks for gold. Many of the 60,000 souls on the rivers and hills of Alaska stumbled through a big shake that fall, especially those living on Kodiak Island.

The largest earthquake on the planet that year happened somewhere near Kodiak on Oct. 9, 1900. Scientists know it was big, but how big? And could it happen again?

Seismologist Carl Tape wanted to know more about the great 1900 earthquake. He works at UAF’s Geophysical Institute, studying Alaska earthquakes and what causes them. He became interested in the 1900 earthquake because he suspected it was a big one, maybe a magnitude 8.

But how does one find information about an event that happened 120 years ago?

Tape used all the tools he could find, and then he found a few more.

One source was the few preserved written records of people who were in Alaska in 1900 and felt the earthquake. Another was the readings of seismometers that recorded the seismic waves from a release of planetary tension that rung the Earth like a bell.

Kodiak had been the first capital of Russian America in the 1700s. Russian colonization of the island had pushed out many of the Alutiiq Native people by 1867, when Alaska became a U.S. territory. By 1900, about 340 people lived in the town of Kodiak.

When the Earth shook, news traveled slowly to the rest of America and the world.

“When this earthquake happened, the only way news got out was on the next ship out of Kodiak,” Tape said. “There was no telegraph.”

In a scientific report published in 1912 about two giant earthquakes that happened near Yakutat in 1899, Tape read details about the Kodiak earthquake of 1900, which shook people from their beds and toppled chimneys in the fishing town.

“You’ve got to be pretty close to a big earthquake to get that kind of shaking,” he said. “That told me it was worth understanding.”

That 1912 report led Tape to learn about biologist Wilfred Hudson Osgood. Osgood’s superiors at the Smithsonian Institution had sent him to Kodiak in 1900 to document mammals in the territory.

By reading through Osgood’s hand-written journal, which he got from the Smithsonian in digital form, Tape learned that Osgood and someone named Mika Petrof were camped on the beach near Women’s Bay, a few miles west of the town of Kodiak.

Osgood described the jolt of the earthquake and the many aftershocks that followed. Knowing Osgood was at sea level, Tape read nothing about a tsunami, which often follows large earthquakes. The great 1964 earthquake, for example, thrust up the sea floor to send a 10-foot wave to Kodiak.

Tape also read a ship log from a U.S. revenue cutter that was anchored in Kodiak harbor on Oct. 9, 1900. No sailors onboard mentioned a tsunami, though they did notice the earthquake, the shaking of which they at first thought was a problem with the ship.

“If there had been a strong tsunami, I kind of think the night watch would have seen it,” Tape said.

Tape also tracked down the records of earthquake waves recorded on about 30 seismometers that were operational in 1900 — from Victoria, British Columbia, the closest, to Cape Town, South Africa, the farthest.

Based on all these clues, Tape and his co-authors in a recent paper wrote that the earthquake’s epicenter was under the ocean floor, perhaps 60 miles southeast of the town of Kodiak. Its magnitude was probably between 7.6 and 8.0.

Tape said another earthquake like the 1900 event is going to happen again, which is why he felt justified in chasing down details about shaking that happened on a fall day more than a century ago.

“Your best indicator of what happens in the future is what happened in the past,” he said.