Lowest temperatures in years coming to Southcentral and Interior Alaska 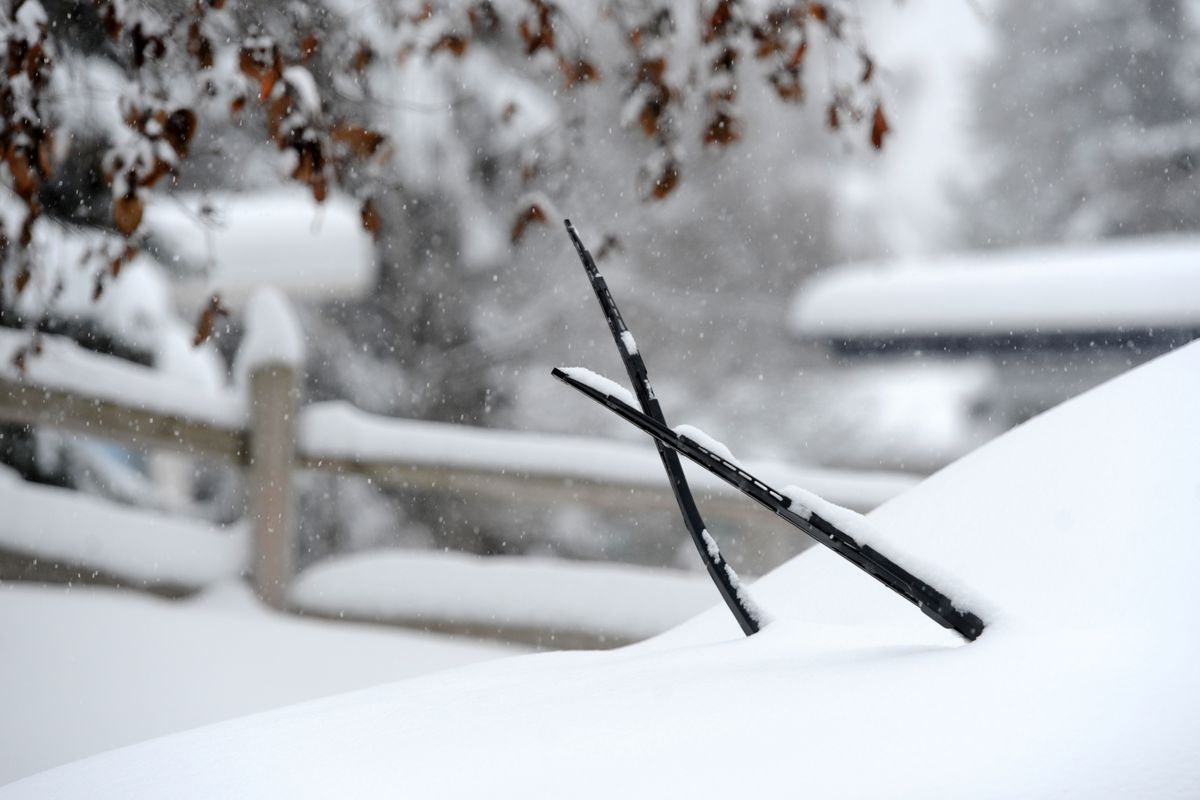 Wipers stand at attention as snow accumulates on a car Monday in the South Addition neighborhood of Anchorage. The snow was forecast to give way to cold this week. (Erik Hill / Alaska Dispatch News)

Wipers stand at attention as snow accumulates on a car Monday in the South Addition neighborhood of Anchorage. The snow was forecast to give way to cold this week. (Erik Hill / Alaska Dispatch News)

Alaskans can expect some of the lowest winter temperatures in years this week as a deep chill moves into Southcentral and the Interior, meteorologists with the National Weather Service said Sunday.

In the Anchorage area, temperatures are forecast to dip down to minus 12 to minus 25 across the city on Thursday morning before warming up at the start of the weekend. Some parts of East Anchorage could hit minus 30, according to meteorologist Jason Ahsenmacher with the Anchorage forecast office of the weather service.

"This airmass is coming straight from the Arctic Circle," he said.

On Sunday, Anchorage was digging out of a storm that as of 3 p.m. had left 4 inches of fresh snowfall in West Anchorage and 5-6 inches in East Anchorage, according to weather service meteorologist Matthew Clay.

Snow was expected to continue falling until early evening and then taper off. Storm totals were projected at 5-10 inches, with highest amounts falling at higher elevations and along the mountains.

The Valley's Hatcher Pass got 8 inches of snow during the storm, Clay said. Alyeska Resort in Girdwood reported 8 new inches of snow in the past 24 hours at its base and 13 inches at the top of the Glacier Bowl Express chairlift, about 2,500 feet above sea level.

Northern parts of the state and some communities in Southwest Alaska are already in a deep freeze: The weather service warned of wind-chills in the Brooks Range to minus 55 and to minus 45 on the Chukchi Sea coast through Tuesday. Communities in Southwest Alaska, such as Aniak and Sleetmute, have also reached lows of minus 30 or so, Ahsenmacher said.

In Anchorage, the temperatures forecast for this week won't come close to breaking any city records, Ahsenmacher said. But they are a departure from years of mild winters that rarely saw temperatures below zero.

The last time Anchorage's official weather observation station at Ted Stevens Anchorage International Airport hit minus 15 was back in January of 2012, according to weather service data.

The lowest recorded temperature in the city during the past three winters was minus 11, the weather service said.

The last time the official Anchorage temperature dropped below minus 20 was on Jan. 7, 2009.

That's all child's play to Fairbanks. The Interior city is also expecting a cold snap unseen in years this week. Fairbanks has not recorded a temperature of minus 40 below or lower since Feb. 7, 2015, by weather service readings.

Starting on Tuesday, temperatures in the Interior are expected to dip to minus 40 and then some. The lowest temperatures are expected Thursday, as in Anchorage, and forecasters say some spots in the Upper Yukon Flats and Tanana Valley could hit minus 50.