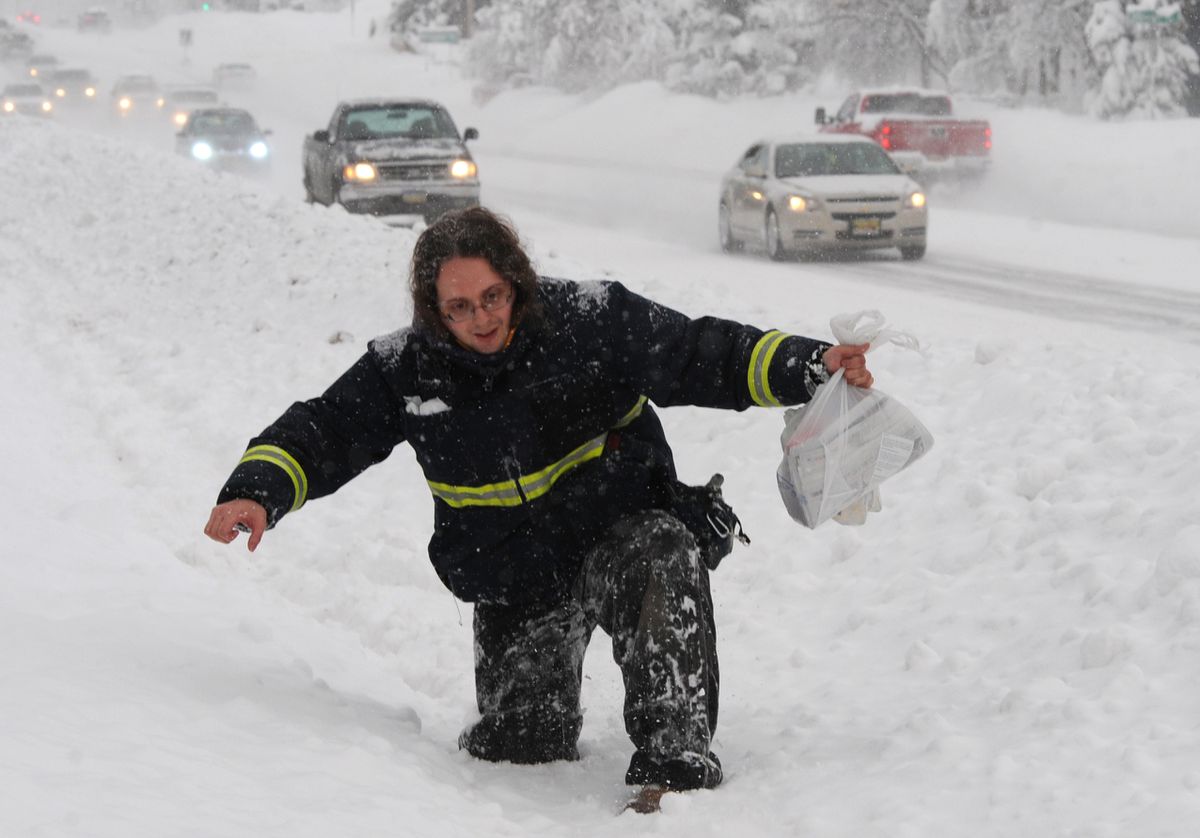 A fierce storm that walloped Southcentral Alaska over the weekend dumped a foot of snow on Anchorage in 24 hours, causing havoc on the roads and even leading to the collapse of a sports dome in Alaska's most populated city.

But it was the tiny community of Moose Pass, 30 miles north of Seward, that got the most snow: Some 32 inches, according to the National Weather Service's initial storm accumulation totals, which measured totals from Friday afternoon to Saturday afternoon. Seward got about 30 inches during the same period.

Areas north of Anchorage didn't see as much snowfall, with just 6 inches recorded for Eagle River based on what the weather service calls "spotter reports" from citizens.

The initial storm totals released by the National Weather Service didn't include light snow that fell over much of Southcentral Alaska Sunday. In Anchorage, Sunday's snow amounted to less than a half an inch as of Sunday evening, according to weather service measurements.

The bulletin warns that dangerous avalanche conditions are expected through Monday because of the "2-5 feet of snow that has rapidly loaded mountain slopes."

The avalanche danger in Turnagain Pass was moderate Sunday, according to the avalanche information center.