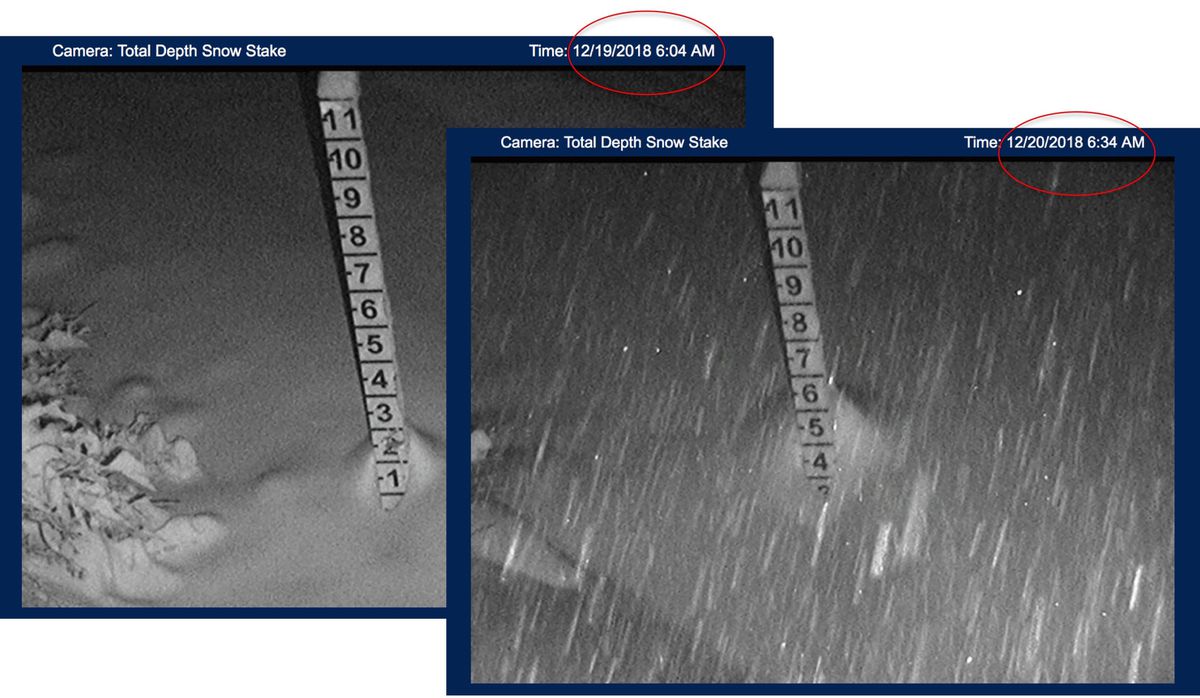 Avalanche danger remains high at all elevations in the Turnagain Pass area after 4 to 5 feet of snow fell in 24 hours, according to the Chugach National Forest Avalanche Information Center.

The avalanche center issued a backcountry avalanche warning in effect until 5 a.m. Friday for the mountains around Turnagain Pass, Portage Valley and Girdwood Valley.

“Recent heavy snow has created widespread areas of unstable snow,” the center said in its warning. “Both human triggered and natural avalanches are likely on slopes steeper than 30 degrees.”

In its Thursday advisory for the Turnagain area, avalanche forecaster Heather Thamm wrote that large natural avalanches between 3 and 5 feet thick are “very likely” in upper elevations.

“Travel is not recommended today in avalanche terrain due to HIGH avalanche danger at all elevations,” Thamm wrote.

Thamm also urged backcountry travelers to stay away from the base of slopes steeper than 30 degrees, avoiding avalanche runout zones — especially in Portage Valley, where heavy snowfall means slides could run all the way to the bottom of the valley.

Snowfall rates were about 6 inches per hour overnight at the Turnagain Pass SNOTEL site, Thamm wrote, with 1 to 2 inches an hour in Girdwood and Portage.

Meanwhile, the midweek update from the Hatcher Pass Avalanche Center describes continuing avalanche danger there with several large avalanches reported over the past few days. Moderate winds strong enough to transport snow have deposited it into leeward terrain at higher elevations, adding stress to a snowpack with buried persistent weak layers, according to avalanche forecasters.

Hatcher Pass forecasters urged backcountry travelers to avoid runout zones under terrain steeper than 30 degrees, as well as terrain traps where snow could funnel into narrower areas and pile up in the event of a slide.

Want to avoid the backcountry? The fresh snowfall was a boon to Alyeska Resort, which opened for top-to-bottom skiing Thursday. Alyeska is reporting 20 inches of new snow at the top of the mountain in the past 24 hours, with a snow depth of 72 inches at the top of the Glacier Bowl Express lift. Holiday night operations start Friday at Alyeska.

Know before you go