Wind picks up in Southcentral Alaska as storm moves in 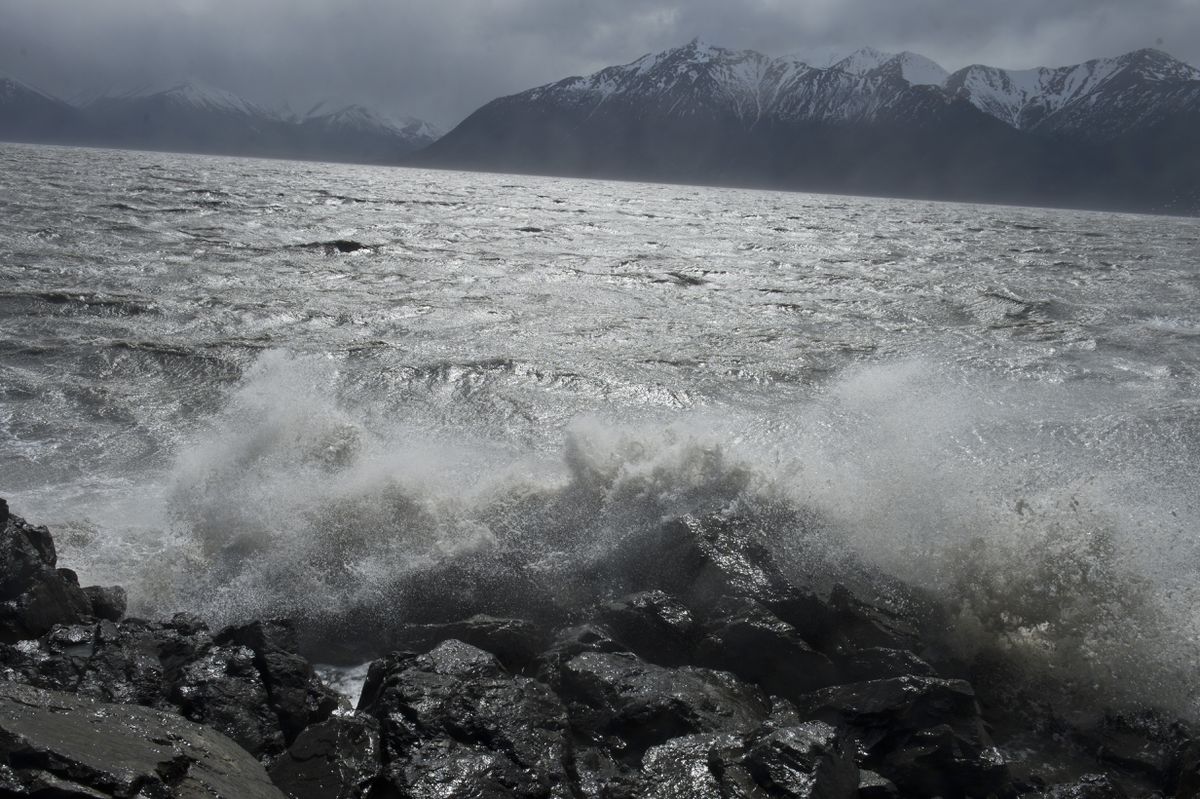 Strong winds began moving into Anchorage and the Matanuska Valley on Friday afternoon, with some gusts expected to reach hurricane force, thanks to a low-pressure system meteorologists say is especially powerful for this time of year.

Gusts up to 63 mph had been recorded along Turnagain Arm by afternoon, with sustained winds reaching 49 mph, according to the National Weather Service. A gust of 56 mph was recorded on the Upper Hillside.

This multispectral satellite image from GOES-17, at 11 AM, helps us track the current position of the surface low. As it moves north, strong winds will move into the #Anchorage Hillside and through town in the afternoon, reaching hurricane force (74+ MPH) along the Hillside.#AKwx pic.twitter.com/3saW20SSLP

A high-wind warning issued by the weather service forecasts 40 to 55 mph winds for the Hillside and Turnagain Arm through 10 p.m. Friday, with gusts up to 80 mph.

The Anchorage Bowl is expected to see gusts up to 55 mph through Friday evening. By late afternoonFriday, most weather stations in Anchorage had recorded sustained wind speeds hovering in the teens and low 20s, with gusts peaking at 38 mph at Ted Stevens Anchorage International Airport.

One large tree that fell on a power line cut power to about 2,100 people in Houston, Willow and Big Lake, the Matanuska Electric Association reported. The power was restored briefly before going back out again around 2:25 p.m.

No power significant outages had been reported by the Chugach Electric Association, which services most of the Anchorage Bowl and the Hillside.

The Anchorage Fire Department said just after 5 p.m. it hadn’t responded to any downed power line fires or other wind-related calls.

Alaska Air Transit, a charter service out of Merrill Field in East Anchorage, put its flights on hold and canceled others due to the wind, according to a post on the company’s Facebook page.

The Central Landfill in Palmer also closed early Friday because of the wind.