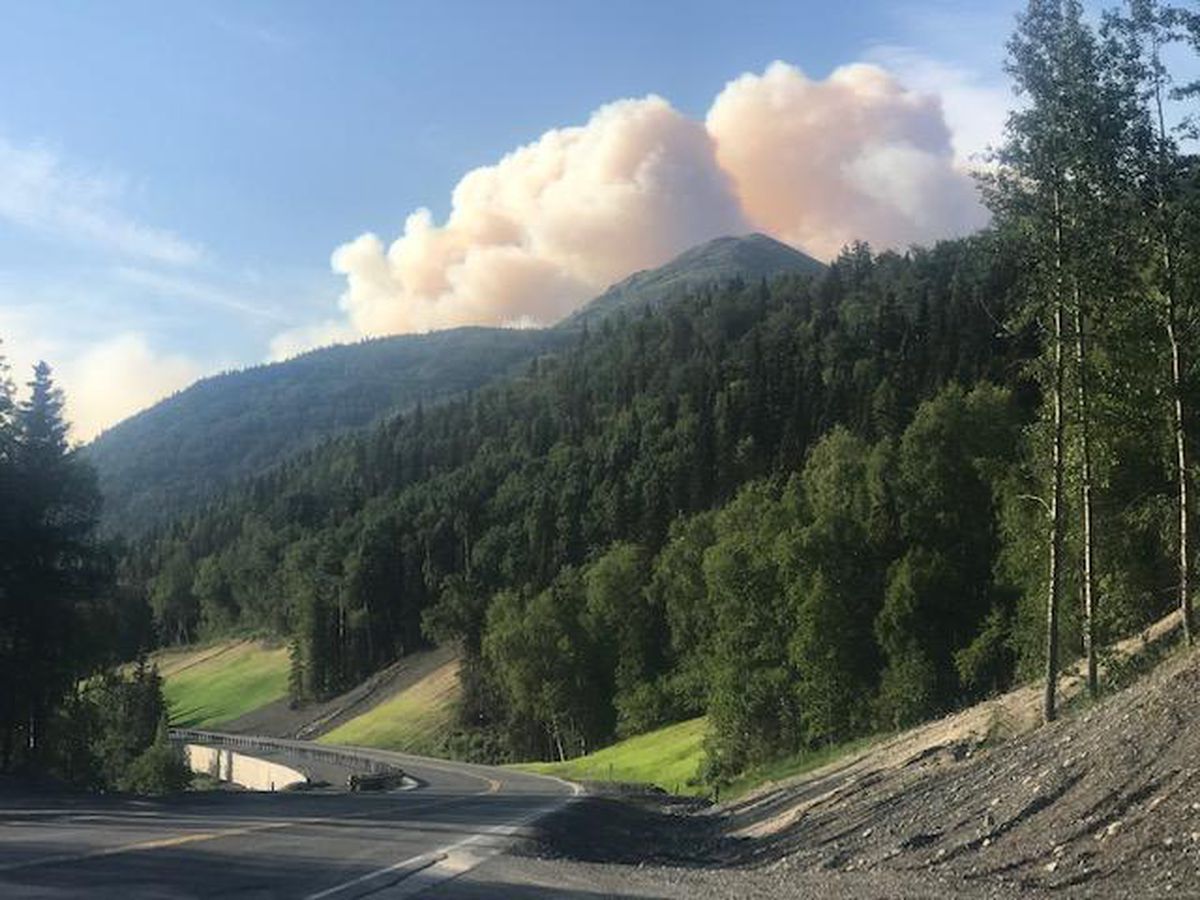 A plume of smoke rises from the Swan Lake Fire, July 1, 2019. (Alaska Division of Forestry)

A plume of smoke rises from the Swan Lake Fire, July 1, 2019. (Alaska Division of Forestry)

Heavy smoke blanketed parts of the Kenai Peninsula on Friday as record-high temperatures fanned the Swan Lake Fire the day before.

The smoke prompted an advisory Friday morning for Cooper Landing, Primrose, Seward and along the Sterling Highway.

The fire, which began with a lightning strike a month ago, grew by more than 5,000 acres since Wednesday, according to the Alaska Interagency Coordination Center. Managers described fire behavior as active -- as anticipated -- due to hot, dry conditions.

The temperature at Kenai hit a record high of 89 degrees Thursday, according to the National Weather Service.

The #4thofjuly2019 was one for the books. Several ALL-TIME high temperature records were set at official observation sites throughout Southern #Alaska. But that's not all...there were more daily temperature records set too! #AKwx #ItsHotInAlaska pic.twitter.com/GxcdUaD9ld

Nearly 500 firefighters were assigned to the wildfire as of Friday. It started June 5 in the Kenai National Wildlife Refuge.

A community meeting was scheduled for 6 p.m. Friday at the Cooper Landing School.

Alaska State Troopers are monitoring and delaying traffic due to heavy smoke on the Sterling Highway. The following campgrounds are open to the public: Hidden Lake; Upper Skilak; Lower Ohmer; and Lower Skilak.

The fire was pushing to the north, and away from Sterling, on Friday, a public information officer said. Islands of green trees and brush that didn’t initially burn within the fire were starting to ignite. Crews prepared several public-use cabins on the north end of the fire, but they weren’t immediately threatened.