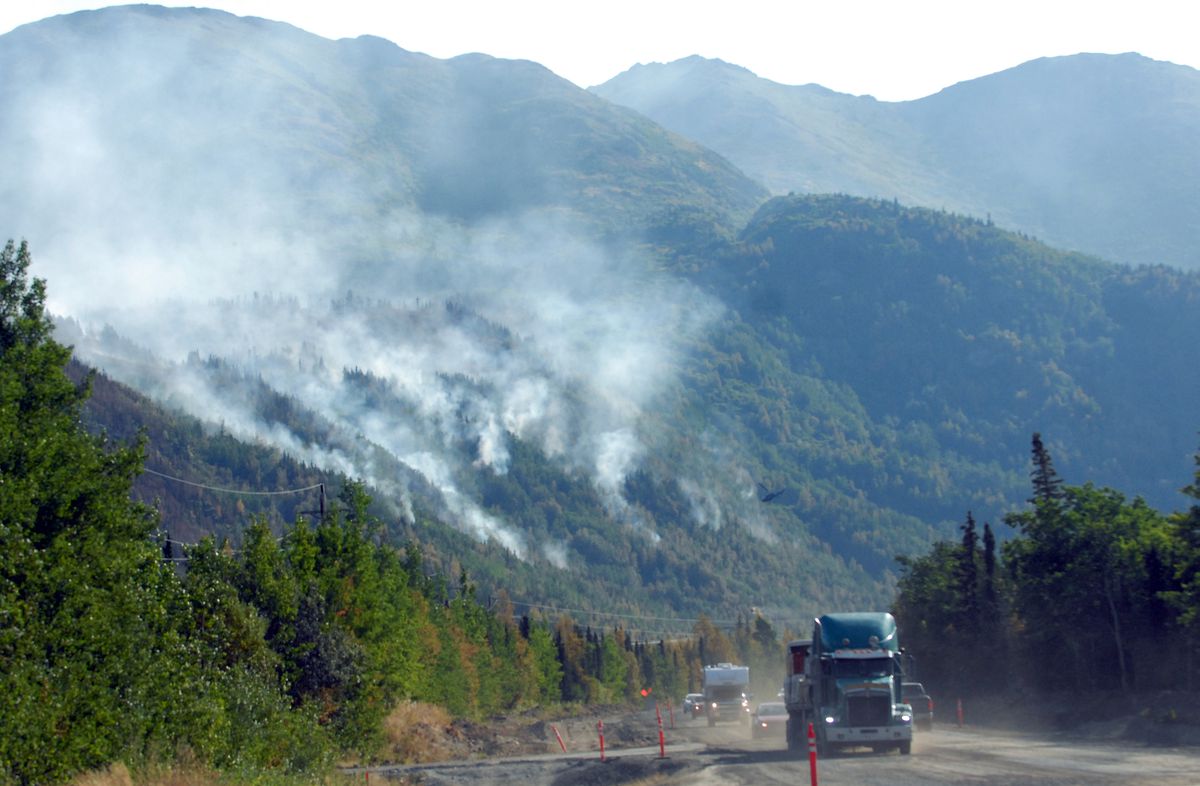 Strong winds blowing out of the north have caused the massive Swan Lake fire near Sterling to grow this week, sending smoke southward and creating hazardous air conditions for communities downwind, the Alaska Division of Forestry said.

Fire officials said winds from a coming cold front dried out fuels, causing the nearly 103,000-acre fire to spread along its western edge. Conditions are expected to remain the same through the weekend.

The Kenai National Wildlife Refuge, where the fire has been burning since early June, has closed the Fuller Lakes and Skyline Trails, and Chugach National Forest has closed the Resurrection Pass Trail from the junction at Devil’s Pass south to the Sterling Highway. The closure includes the East and West Swan Lake, Trout, Romig and Juneau cabins operated by the U.S. Forest Service.

The fire was at 80% containment Saturday morning, forestry officials said.