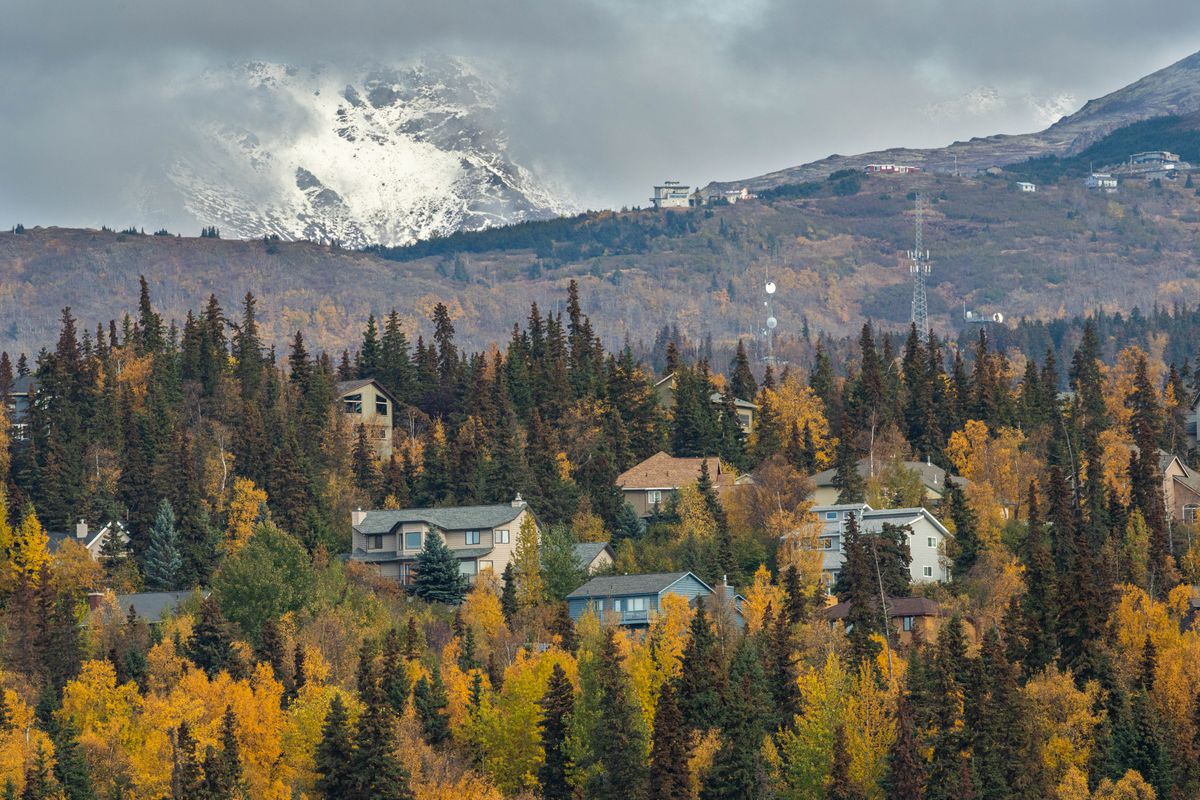 A wind warning is in effect for Turnagain Arm and Anchorage Hillside until noon Wednesday, the National Weather Service said.

Beginning early Wednesday, sustained westerly winds of 40 to 60 mph, with gusts as high as 80 mph, are expected along Turnagain Arm and on the Hillside above 2,000 feet. At lower elevations around the Anchorage Bowl, sustained wind speeds up to 30 mph are expected through Wednesday, said Eric Drewitz, a meteorologist with weather service’s Anchorage office.

The winds are being driven into the area by a large low-pressure system from the Alaska Peninsula, Drewitz said.

A High Wind Warning has been issued for portions of the region. The main impacts look to be sustained winds of 40 to 60 mph, with gusts to 80 mph possible. Please refer to the graphic and link below for more details. #AKWx #HighWind https://t.co/VEDTMhWT9w pic.twitter.com/s7U4kp1XZf

The same low pressure system could bring 20-foot seas to the southern tip of Kenai Peninsula, said Dewitz. Farther south, seas as high as 40 feet are possible along the Alaska Peninsula and Kodiak Island, NWS warned. The winds are expected to diminish around noon, the weather service said.