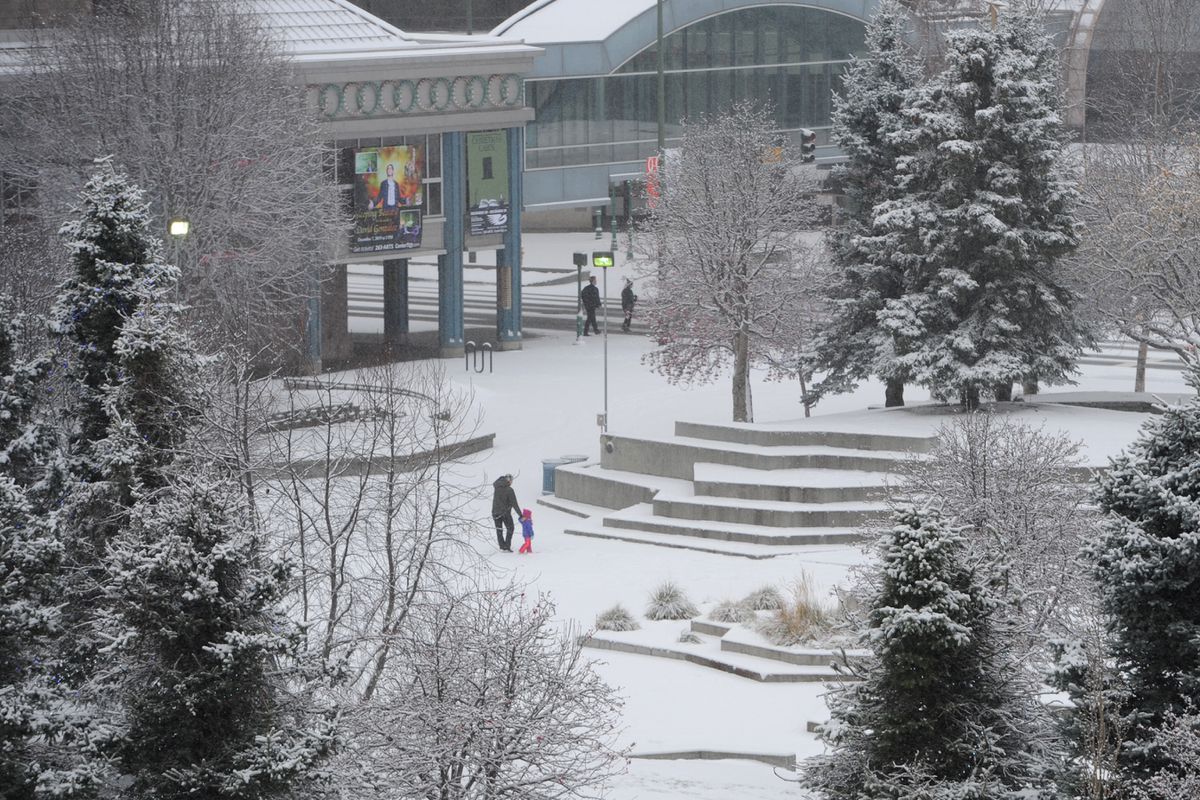 Isolated snow showers were forecast to continue Monday morning in the Anchorage area as the city enters into some of the lowest temperatures of the season so far.

National Weather Service meteorologist Kaitlyn O’Brien said temperatures would drop to the low 20s in West Anchorage and into the mid-teens on the east side of the city.

The last time Anchorage had low temperatures below 20 at the airport was in early March. O’Brien said temperatures vary greatly throughout the city but “these are definitely some of the coldest temperatures we’ve seen in awhile.”

Low temperatures were also expected in the mid-teens or high single digits on Tuesday, O’Brien said.

A band of snow moved east across Anchorage on Sunday afternoon and moved into Mat-Su. O’Brien said snow would amount to 2 inches throughout the area.

Meteorologist Kimberly Hoeppner said most of the snow finished falling in West Anchorage on Sunday evening. By 6 p.m. there was 1.3 inches of snow at the airport, but Hoeppner said 4.8 inches was reported south of the city in Potter Valley.

❄Say it ain't #snow!! Scattered snow showers will continue for the #Anchorage area through the evening. Expect around 2 inches of accumulation. #AKwx

O’Brien said there is usually an average of 3.6 inches of snow on the ground in Anchorage during the month of November.

More snow is possible on Wednesday and Thursday, although O’Brien said it’s unclear how much will fall and how long it will stick. Predictions call for the heaviest snow to hit the northern Susitna Valley and eastern Kenai Peninsula from Seward to Whittier.

Hey Southcentral, are you dreaming of a white…Thanksgiving!?

A mid-week snowfall event is possible for Southcentral Alaska.

Keep an eye on your local forecast for updates! https://t.co/9shRFYMbfM#AKwx pic.twitter.com/CUB99O0Jns