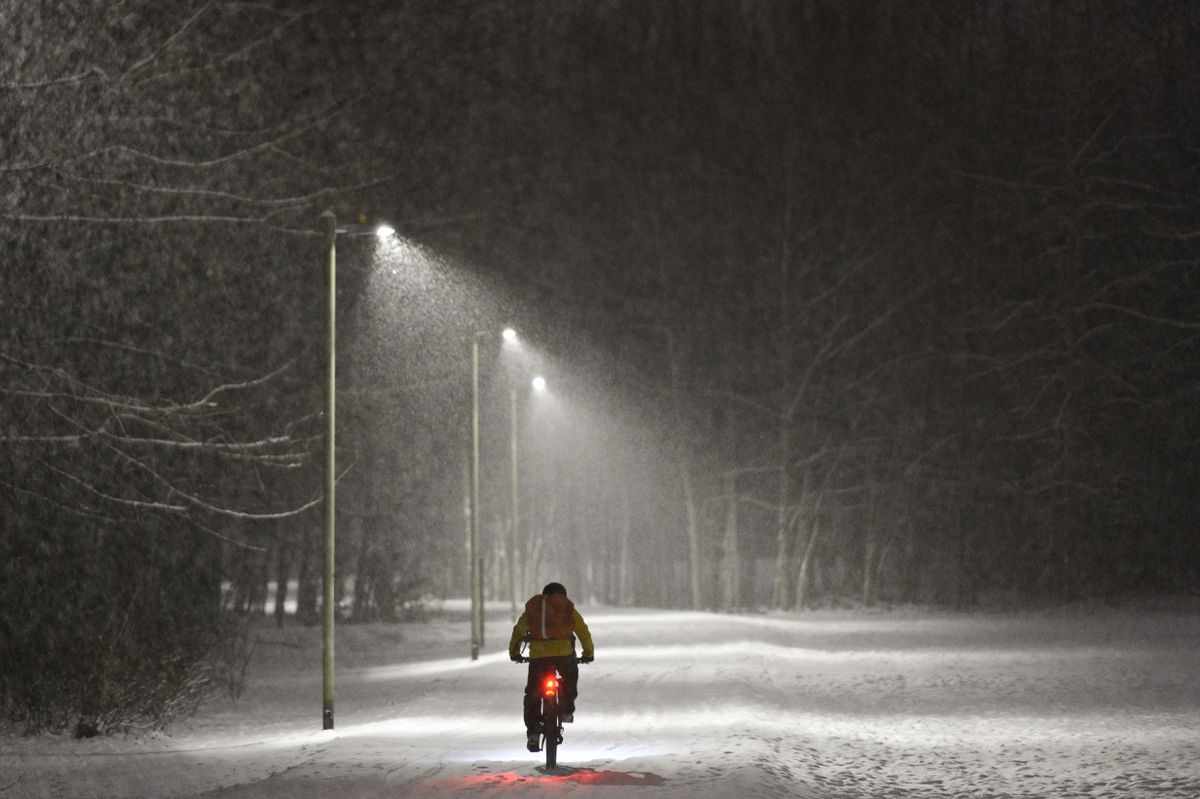 A cyclist travels eastbound on the Chester Creek Trail during a snowfall on the morning of December 2, 2019. (Marc Lester / Anchorage Daily News)

A cyclist travels eastbound on the Chester Creek Trail during a snowfall on the morning of December 2, 2019. (Marc Lester / Anchorage Daily News)

Between 4 and 8 inches of snow is expected to fall in Anchorage through Monday, meteorologists said.

Temperatures in the 20s are expected to stick around throughout the week and preserve the snow, meteorologist Michael Kutz said.

East Anchorage and Hillside will likely get the most snow and totals could reach up to 8 inches, Kutz said. Localized amounts in Anchorage, Eagle River, Indian and Eklutna could reach 10 inches, according to a winter weather advisory that expired Monday morning.

The snow is expected to end by about 6 p.m. Monday, Kutz said. He warned drivers to slow down and prepare for icy roads.

“Be careful out there, because there’s a skim of ice under the snow and it’s a little slick out there, especially in the curves and low areas,” Kutz said.

Sixty vehicle crashes were reported in Anchorage as of 6 p.m. Sunday, according to a Anchorage police dispatch supervisor. Eighteen involved injuries, and police were called to check on another 18 vehicles in distress.

The western Kenai Peninsula north of Clam Gulch was expected to get 4 to 8 inches of snow with localized amounts up to 10 inches 1 to 2 inches of snow is predicted throughout the Susitna Valley, he said.