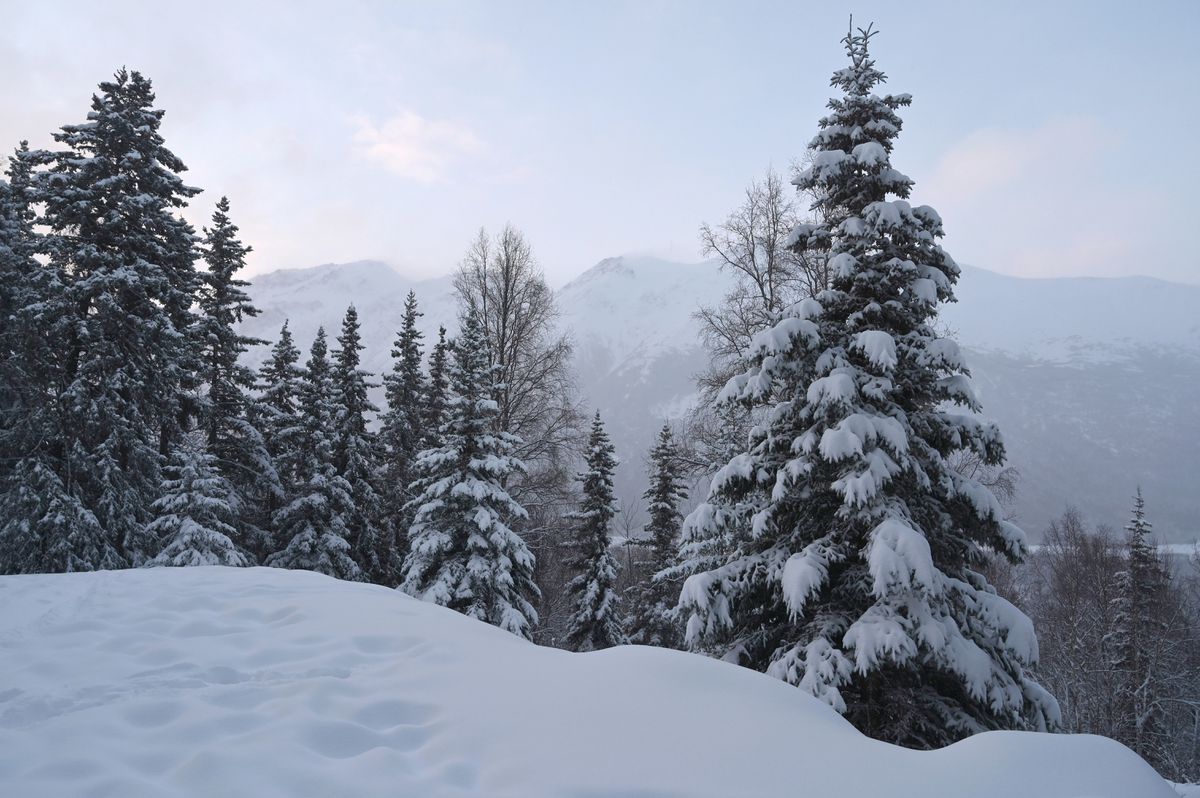 Anchorage rang in the new year with record-breaking snowfall and warmth, as temperatures tumbled on Tuesday evening and precipitation ticked up throughout the night.

It was the snowiest New Year’s Eve and New Year’s Day combined on record for Anchorage, with 9.5 inches of snow by Wednesday afternoon, according to meteorologist Michael Vuotto at the National Weather Service in Anchorage. The snow totals broke the previous record set during the 1963-64 New Year’s, which measured 7.2 inches of snow.

The snowfall came after Anchorage broke the daily record for warmest Dec. 31, with temperatures at Ted Stevens Anchorage International Airport measuring 46 degrees. That broke a previous record that was set in 2018, at 44 degrees for the final day of the year.

Anchorage also saw the third snowiest New Year’s Eve on record, tied with 1959 at 3.3 inches of snow. But after the clock struck midnight, snow accumulation increased, totaling at 6.2 inches for New Year’s Day and leaping past the previous record of 4.6 inches set in 1964.

Roads were wet with melting snow on Tuesday afternoon, before temperatures fell below freezing by 7 p.m., Vuotto said, with a rapid snap cold.

“So that allowed for snow to quickly start piling up on the roads and allowed the icy conditions to develop,” Vuotto said.

Blizzard conditions closed the Seward Highway between Indian and the Hope turnoff on Wednesday morning before eventually reopening that afternoon. Girdwood was cut off from the highway after seeing 21 inches of snow.

Regional snow totals from the storm: