It’s official: Alaska just had its warmest year on record 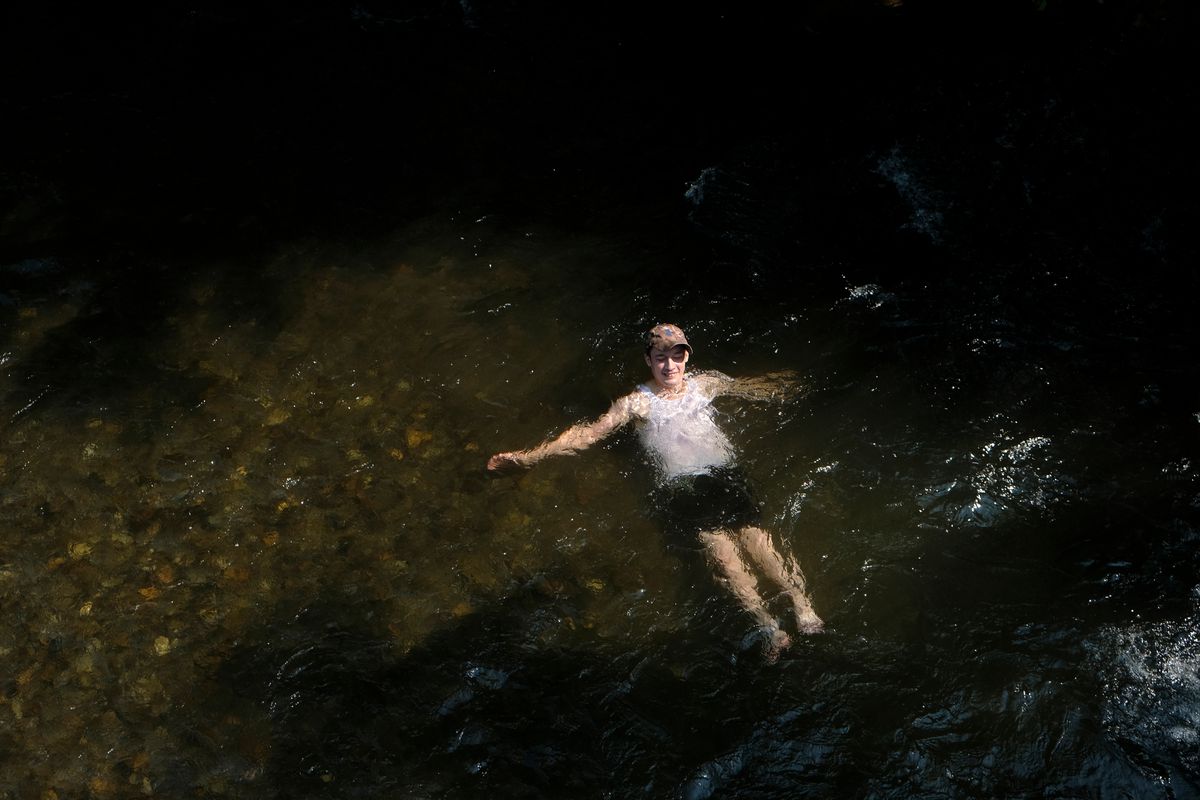 A man drifts downstream for on Campbell Creek. A stretch of Campbell Creek west of Lake Otis Parkway attracted many floaters and tubers looking to cool off on warm Saturday afternoon on June 29, 2019. (Marc Lester / ADN)

A man drifts downstream for on Campbell Creek. A stretch of Campbell Creek west of Lake Otis Parkway attracted many floaters and tubers looking to cool off on warm Saturday afternoon on June 29, 2019. (Marc Lester / ADN)

Although Alaska closed out the year with a chilly December, the state still experienced its warmest year on record, according to a federal agency’s analysis.

The average statewide temperature for the year was 32.2 degrees Fahrenheit, the National Oceanic and Atmospheric Administration reported Wednesday. That breaks the previous record for the warmest year statewide, set in 2016 at 31.9 degrees.

“In a warming climate we anticipate the higher latitudes to warm more quickly than, say, the middle latitudes or the equatorial regions,” Gleason said. “Alaska is certainly following that pattern.”

Anchorage reached 90 degrees for the first time in July, which was the warmest month ever recorded in the NOAA database for Alaska, said Rick Thoman with the Alaska Center for Climate Assessment and Policy at the University of Alaska Fairbanks.

Fairbanks started losing snowpack in March, which “is almost unprecedented” for the city during that month, Thoman said.

But it occurred within a century that has continually surpassed warmth records. The five warmest years on record for Alaska happened since the start of the new millennium, and four have taken place since 2014, Thoman said.

“So this isn’t a one-off event,” Thoman said. “This is part of this multiyear warmth that we have been in.”

The heat is due in part to warming seas and melting sea ice, Thoman said.

“That is adding a lot of heat to our atmosphere regionally and is impacting weather downstream from there,” Thoman said.

The added heat in the ocean contributed to the lack of sea ice in the Bering Sea, which has been “unprecedented” over the last six years, Thoman said. Sea ice also has been breaking up earlier north of the Bering Strait, in places like the Chukchi and Beaufort seas.

Drought in Southcentral Alaska contributed to destructive blazes last year, such as the McKinley and Swan Lake wildfires. And Juneau recorded the most 70-degree or warmer days last summer, Thoman said.

The warming trend is likely to continue, given how much heat is already in the ocean, Thoman said.

“Even if we were to eliminate all carbon, all greenhouse gas emissions tomorrow, the oceans would continue to warm for decades,” Thoman said.