Anchorage snowfall should taper off after morning of challenging driving 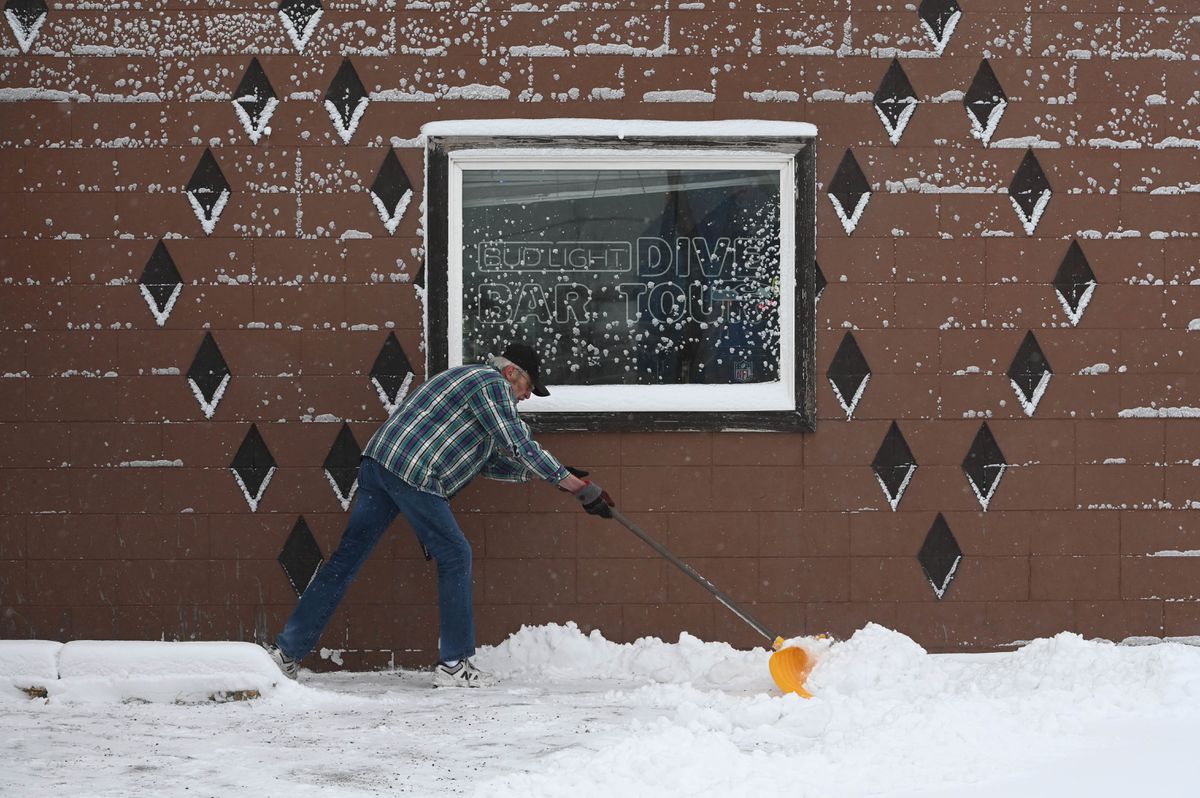 Streets were slick in Anchorage as snow fell Wednesday morning, along with blowing snow that made driving a challenge in places.

The snowfall was expected to taper off Wednesday afternoon, with another inch expected, said Jason Ahsenmacher, a meteorologist at the National Weather Service in Anchorage.

He said the west side, where the weather service is based, had received 1.7 inches of snow by around 9 a.m., though other parts of the city likely had more accumulation.

The worst of the snowy conditions were between the Kenai Peninsula and Anchorage, he said. Snow in the Matanuska Valley was lighter Wednesday.

Flurries might still fall tonight in the Anchorage area, with the temperature expected to drop into the single digits Thursday and Friday. It’s forecast to be sunny later in the week, he said.

Anchorage saw a bit of snow last weekend. The official snow depth was 12 inches on Wednesday. Not including today’s snowfall, Anchorage has received 46.6 inches of snow this season, below the average for the date of 53.9 inches, Ahsenmacher said.

Anchorage’s recent winters have been warmer than usual, Ahsenmacher said. But so far, temperatures have been more normal since the new year, he said.

“Long story short,” Ahsenmacher said, “it looks like winter is not going anywhere.”