Summers are growing longer due to climate change, while winters dramatically shrink 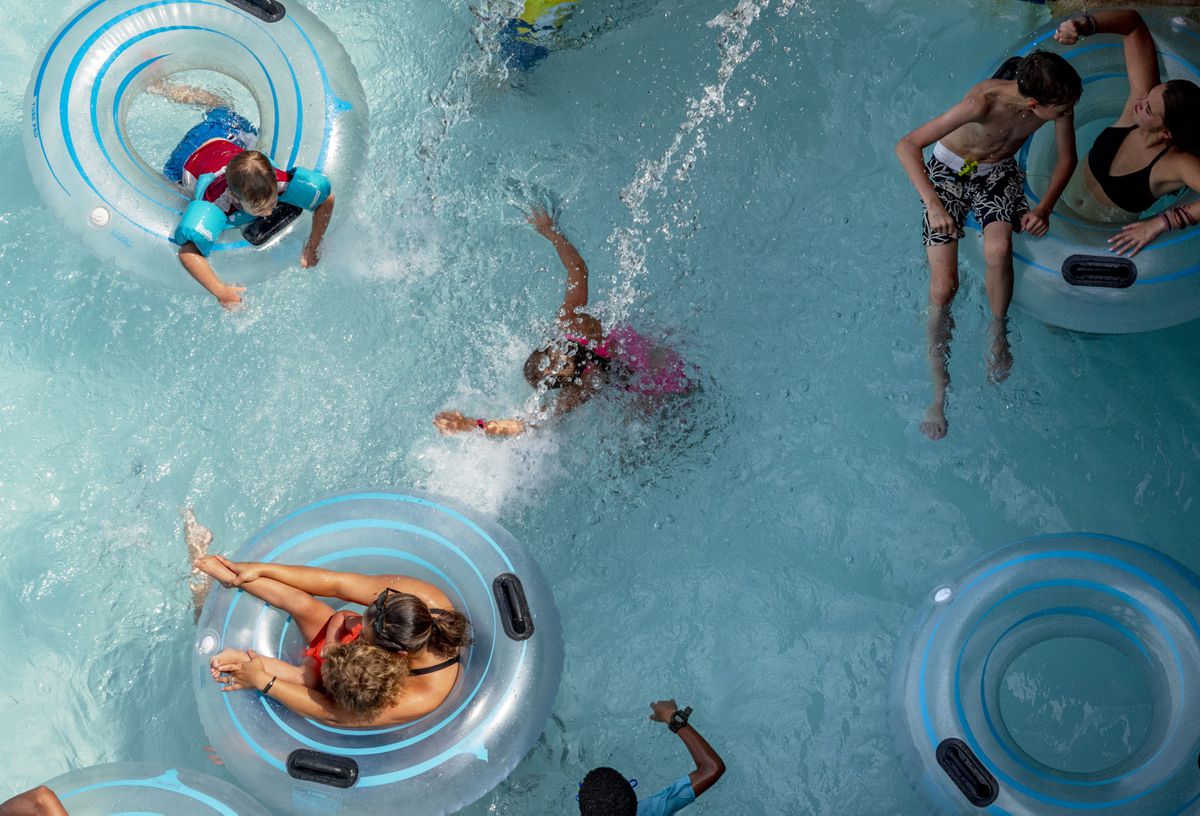 Kids of all ages cool off in the river pool at the Water Mine Family Swimmin' Hole in Reston, Va., on August 19, 2019. (Washington Post photo by Bonnie Jo Mount)

Kids of all ages cool off in the river pool at the Water Mine Family Swimmin' Hole in Reston, Va., on August 19, 2019. (Washington Post photo by Bonnie Jo Mount)

The Earth is warming, and disturbing the balance of the seasons. Data make it clear that summers are expanding while winters substantially shorten.

An analysis looked at hottest and coldest 90 days of the year, approximating summer and winter, over the last two 30-year periods, 1960-1989 and 1990-2019. It found the hottest temperatures that defined the first 30 years expanded over additional days in the most recent 30 years. Conversely, the coldest temperatures defining the initial 30 years contracted.

In other words, most locations globally, including in the U.S. and Canada, have seen their summer season lengthen, and the winter season shrink.

In the U.S. and Canada, summer has expanded by an average of one week.

The lengthiest increases in summer conditions, colored in orange and red, have occurred over the southern U.S. as well as in eastern and western Canada.

Generally, the closer you get to an ocean, the more summer has expanded. This makes sense as the oceans have warmed dramatically and they impart a tremendous influence on the climate.

There is also a notable urban heat island (UHI) effect as cities are experiencing longer summers than nearby rural areas. The added increase in heat due to the density of concrete and asphalt surfaces is real and affects the lives of the 80% of Americans who live in cities.

Here are the 10 major U.S. cities which have seen the lengthiest expansion of summer weather over the last 30 years:

Internationally, London has seen its period of summer temperatures expand by 17 days while Beijing and Sydney have witnessed 15- and 14-day increases.

In northern Canada and Alaska, the shortening of winter is especially dramatic. Along Alaska's North Slope, the coldest part of winter in the most recent 30-year period is warmer than any of the winter days in the preceding 30-year period.

Although the greatest contraction in winter is seen in the high latitudes, interestingly parts of Southern California and South Florida are also seeing markedly shorter winters.

Here are the 10 major U.S. cities with the lengthiest decrease in winter temperatures:

Note that in Washington, D.C., winter shrank 12 days. Chicago has seen its period of winter temperatures shorten by 12 days, while New York City is seeing a 13-day shorter winter.

Internationally, London has seen its period of winter temperatures contract by a lengthy 36 days while Beijing and Sydney have witnessed 17- and 19-day decreases.

The findings of longer summers and shorter winters is consistent with the findings of a March 2020 study from the Australia Institute, titled Out of Season. It conducted a similar analysis, focused on Australia, examining changes in the seasons over two consecutive 20-year time spans. Like the analysis performed here, it found a dramatic increase in the length of summer and decrease in the length of winter between the two periods.

Longer summers and shorter winters have all kinds of practical implications. For example (this is not an exhaustive list), lengthier summers extend the amount of time vulnerable populations are subject to heat stress, increase cooling costs, and may lessen water availability in some areas. However, they may increase opportunities for warm weather recreation.

Shorter winters reduce winter recreational opportunities such as skiing and ice fishing and prematurely deplete snow and ice needed for the spring and summer water supply in some areas. They also potentially expand the wildfire season and increase the prevalence of pests harmful to forestry and agriculture. But they decrease heating costs and limit the duration of dangerously low temperatures.

Brettschneider is a climate scientist in Anchorage, Alaska. He is an affiliate research faculty at the University of Alaska Fairbanks and a research physical scientist with the Alaska region of the National Weather Service. The Washington Post’s Jason Samenow contributed to this article.

A detailed description of the methodology, additional maps, and list of references used for this analysis can be found here: Are Summer/Winter Longer/Shorter Than They Used To Be?