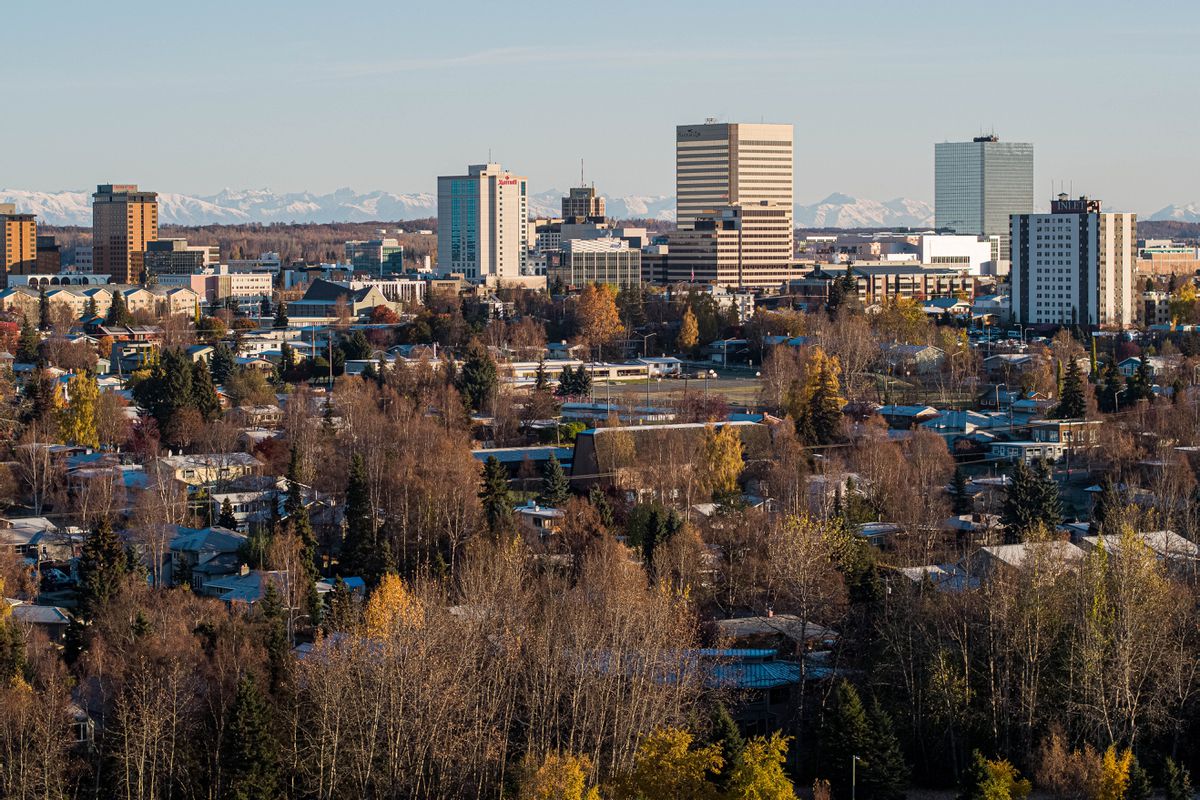 The first snow of the season is forecast to be right on schedule for Anchorage: Flurries are expected to start up in town on Saturday night and into the early hours of Sunday morning, according to Ben Bartos, a meteorologist with the National Weather Service in Anchorage.

But don’t grab any skis or sleds just yet.

A weather system moving up from the western Gulf Coast is expected to bring overnight snow with roughly a half-inch of accumulation, maybe an inch at most on the Anchorage Hillside.

“With the colder temperatures we already have in place, that makes it a good setup for some snow to fall,” Bartos said.

The snow is expected to start falling between midnight to 3 a.m. Sunday and will be finished by midmorning, Bartos said.

Mid-October snowfall is fairly common for Anchorage, according to Bartos: Oct. 16 is the average date of the city’s first snowfall.

Snow has already been accumulating at higher elevations in the Chugach front range, with the snow line steadily creeping down the mountains as Anchorage marches toward winter.

There isn’t more snow in Anchorage’s forecast for the upcoming week, but temperatures will stay low with highs in the upper 30s and lows in the mid to upper 20s.