Anchorage sees first snowfall of the season, but winter weather is not expected to last long 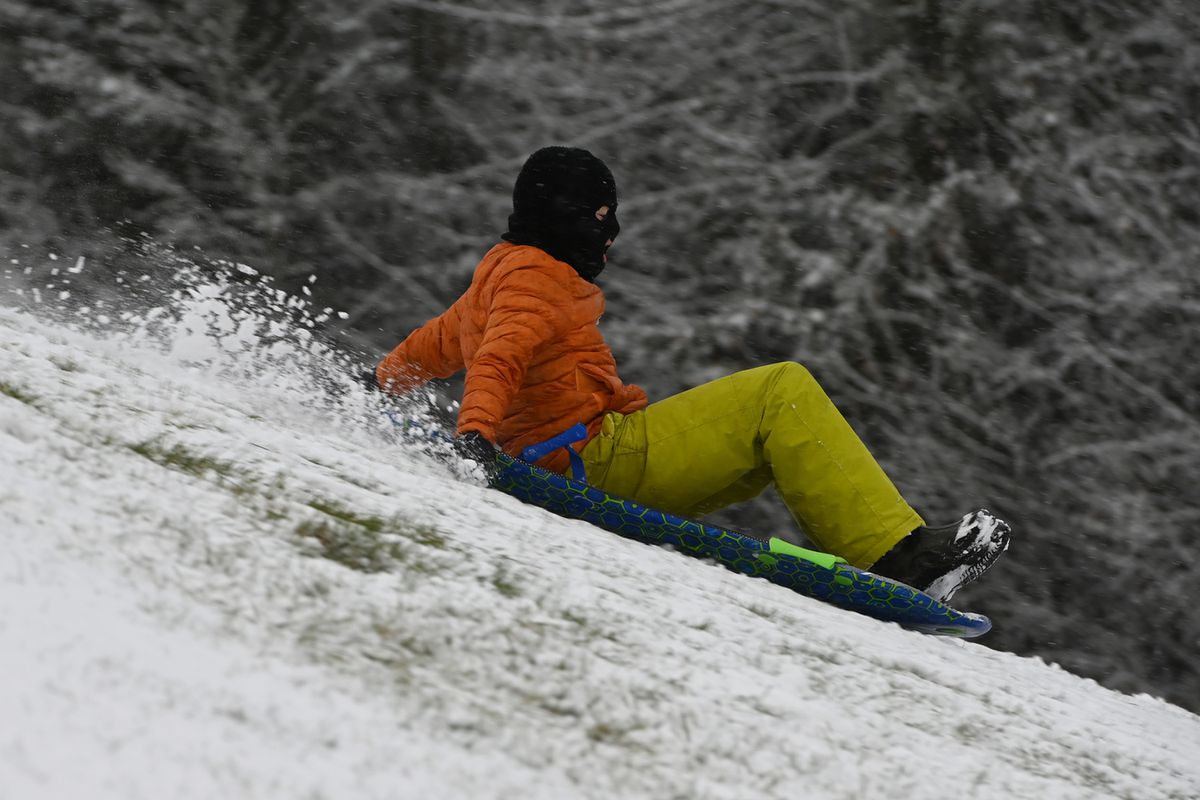 The first snow of the season fell overnight Sunday and left a light dusting throughout the Anchorage Bowl, with accumulations of up to 2 inches on the east side of town, meteorologists said.

A weather system moved into the area from the western Gulf coast late Saturday, and a light snow began falling in the Anchorage Bowl around 1 a.m., said National Weather Service meteorologist Kaitlyn O’Brien.

By early Sunday there was a dusting of snow throughout the Anchorage Bowl, and O’Brien said by afternoon reports in West Anchorage ranged from about a half-inch to an inch of snow. In upper elevations throughout the municipality, including Anchorage Hillside and Eagle River, accumulations of 1.5 to 2 inches of snow were reported.

The snow continued into the afternoon Sunday and O’Brien said flurries could continue throughout the night but are not expected to accumulate. The snow began to melt Sunday and was not anticipated to stay on the ground long.

Temperatures were expected to stay low across Southcentral Alaska early in the week as strong northerly winds move into the area, O’Brien said. The low temperatures are expected to continue until at least midweek, she said.

Snow also fell in the Mat-Su region overnight Sunday, and reports in Palmer showed about 0.8 inches of snow and 1 inch in Wasilla.

O’Brien said there were limited snow reports from the Kenai Peninsula by Sunday afternoon, but half an inch of snow was recorded in Soldotna.

On average, the first snowfall in Anchorage is on Oct. 16.

From 8 a.m. until 4 p.m., there were 13 accidents in Anchorage, according to the police dispatch center.