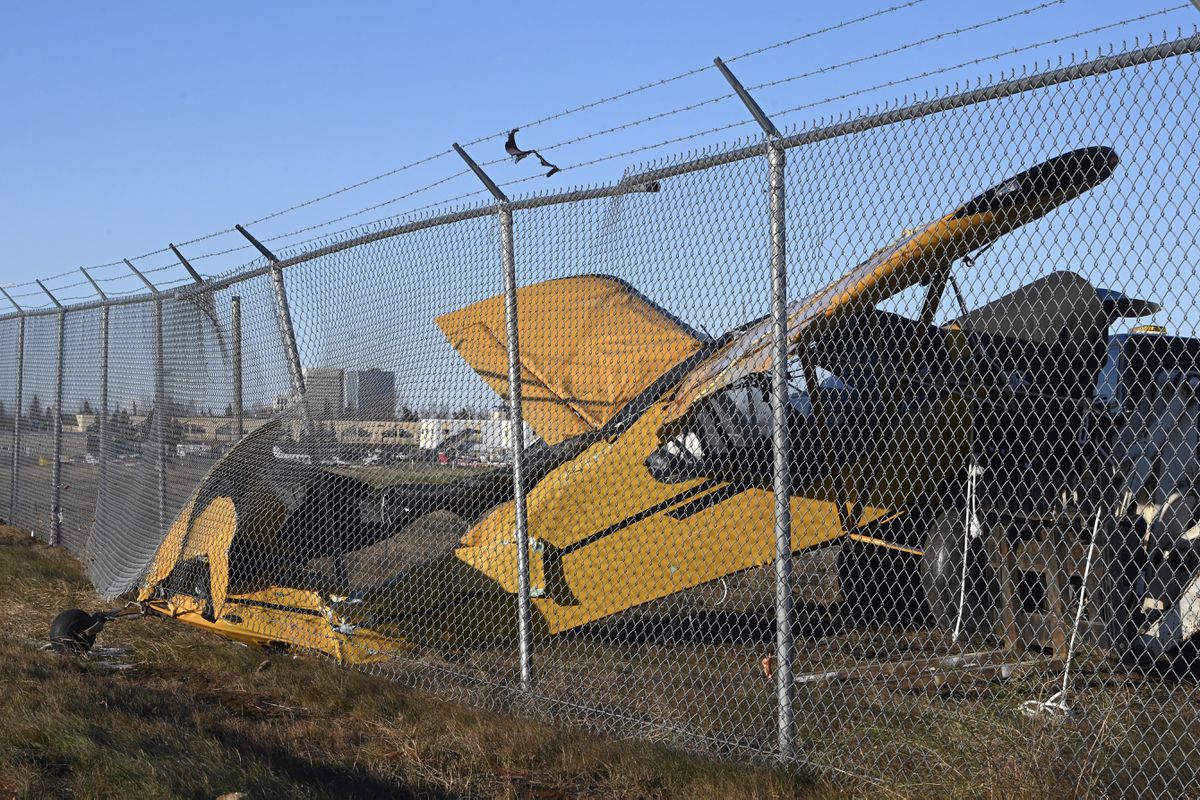 A Piper Super Cub broke free from its tie down at the gravel/ski strip at Merrill Field Airport during the windstorm, Nov. 2, 2020.(Bill Roth / ADN)

A Piper Super Cub broke free from its tie down at the gravel/ski strip at Merrill Field Airport during the windstorm, Nov. 2, 2020.(Bill Roth / ADN)

This unseasonal wind, typically seen in December, started to pick up throughout the day Sunday, Vuotto said. Although most gusts hovered in the 30- to 40-mph range, a 66-mph gust was recorded early Monday at 3:20 a.m. at Elmendorf Air Force Base.

The seasonal barge, used to transport bulldozers and other equipment, drifted roughly a quarter of a mile south along the Knik Arm before gently beaching on the mudflats off Bootleggers Cove, according to Johnson. It was not carrying petroleum at the time it drifted and did not sustain damage, he said.

The U.S. Coast Guard has been contacted and removal efforts will be underway tonight at high tide, he said. Once removed from the water, the barge will be taken to their port dock in Anchorage for a walk-through and will be put into storage next week for the winter.

Temperatures dipped into single digits due to windchill as gusts continued Monday afternoon. Things calmed down slightly throughout the day with a sustained wind at 15-20 mph, with gusts at 25-30 mph.

The wind is stronger in West Anchorage. Those in East Anchorage can subtract 5 mph from these estimates.

“Winds are going to continue throughout the remainder of the day today,” Vuotto said.

By tomorrow night, things will really start to come down with a light north wind, Vuotto said, and by Thursday evening cloud coverage could bring a chance of light snow.