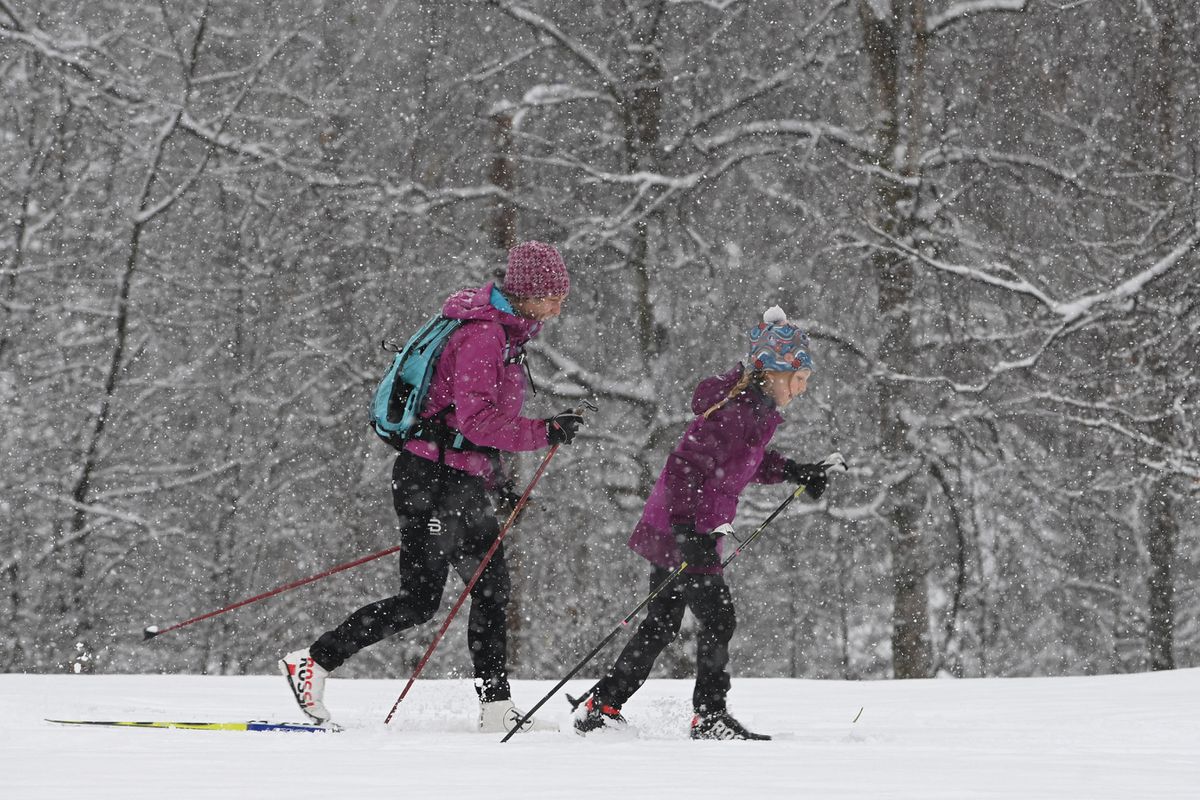 Snow fell most of Sunday and was expected to continue falling into the night in Anchorage, according to the National Weather Service.

During the afternoon, temperatures hovered around freezing, which caused a continuous switch between rain and snowfall, meteorologist Kaitlyn O’Brien said. Temperatures were expected to drop again in the evening, switching back to snow.

Winter Weather Advisory now in effect until Midnight for Anchorage. A wintry mix through the afternoon, then ending as all snow this evening. 3 to 7 inches additional snow. Be prepared for snow and ice on area roadways. Slow down and use caution when driving. #AKwx

The weather service issued a winter weather advisory early Sunday that called for an additional 3 to 7 inches of snow throughout the day. O’Brien said some parts of Anchorage may have seen 3 inches of snow in the morning and early afternoon, but some of the snow may have melted in the rain.

“It doesn’t help to have that rain falling on top, because of course that diminishes your snowpack easily,” she said.

West Anchorage was expected to see the most snow, O’Brien said.

The snow and rainfall Sunday caused dangerous driving conditions, and the weather service urged drivers to use caution and go slowly. The Alaska Department of Transportation roadmap described roads in Anchorage as being covered with snow and having icy patches. Conditions north of Anchorage along the Parks Highway were considered “very difficult” Sunday evening. The department described the highway as being covered in an icy glaze in some areas, while in other places there was deep, blowing snow.

The snow was brought in by a moist, tropical system that moved north into the Gulf of Alaska before going inland toward Cook Inlet. O’Brien said the system brought in high winds Saturday night along the Turnagain Arm, with gusts reaching up to about 80 mph. As the system leaves the area Sunday night, O’Brien said gusty winds could resume at high elevations.

High temperatures during the next few days are expected to reach above freezing in Anchorage, which O’Brien said could melt the snow. A second system may move into the area Tuesday night and drop additional snow on Anchorage.

Snow hit the Susitna Valley hardest, with between 7 to 18 inches expected Sunday, according to the weather service’s winter storm warning. By Sunday afternoon, 18 inches of snow was reported southeast of Talkeetna and 17 inches was reported in Willow.

South of Anchorage, much of the Kenai Peninsula saw rain Sunday. The weather service expected some areas to transition to snow overnight, but significant accumulations were not forecast.