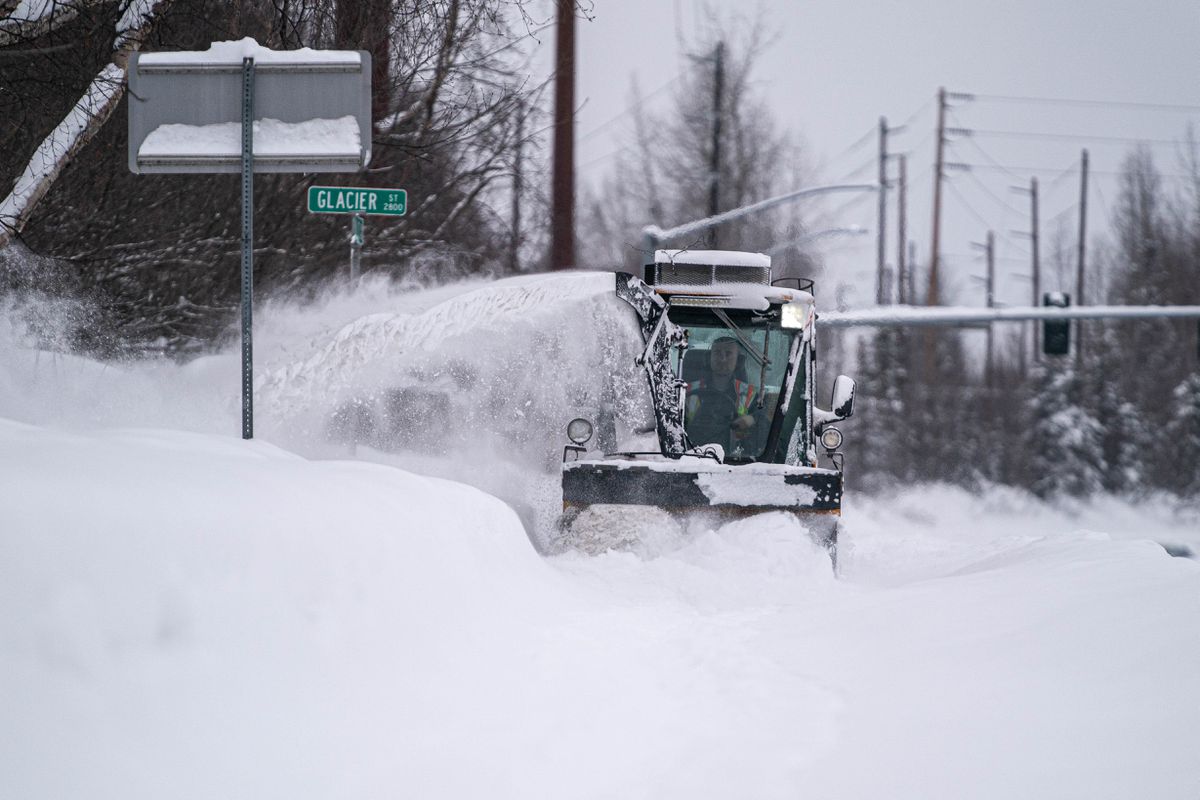 The Anchorage area was blanketed with up to 17 inches of snow from Wednesday afternoon into Thursday, according to the National Weather Service.

“This was the biggest snowstorm of the season for Anchorage,” meteorologist Pam Szatanek said Thursday morning.

But there were only a few inches of fresh snow Thursday morning at the weather service office in West Anchorage near Ted Stevens Anchorage International Airport.

East side, west side, snow around the town! A Very Big Thank You to those who sent in their local snow observations. A...

Szatanek said significantly lower amounts were reported in some portions of the Matanuska-Susitna Borough. There was only 2 inches of new snow Thursday in Wasilla, although about a foot covered the Parks Highway near Talkeetna.

Snow was still falling in places Thursday morning, although Szatanek said Anchorage saw the worst of the storm overnight. A winter weather advisory remained in effect until noon for Anchorage, and the weather service warned wind gusts up to 25 mph could cause blowing snow and limit visibility.

The state Department of Transportation said conditions along most of the Seward Highway were fair Thursday morning, but the Parks and Glenn highways were described as “difficult.”

Some roads in Anchorage were described as having deep snow that may make driving difficult. The People Mover bus service was experiencing delays Thursday, the municipality’s transportation department said. Snowplows were working Thursday morning to clear streets in Anchorage.

The COVID-19 testing site in Eagle River at 11801 Business Blvd. was closed Thursday due to the snow, according to the Office of Emergency Management.

The weather service forecast a chance for snow to continue Thursday evening.